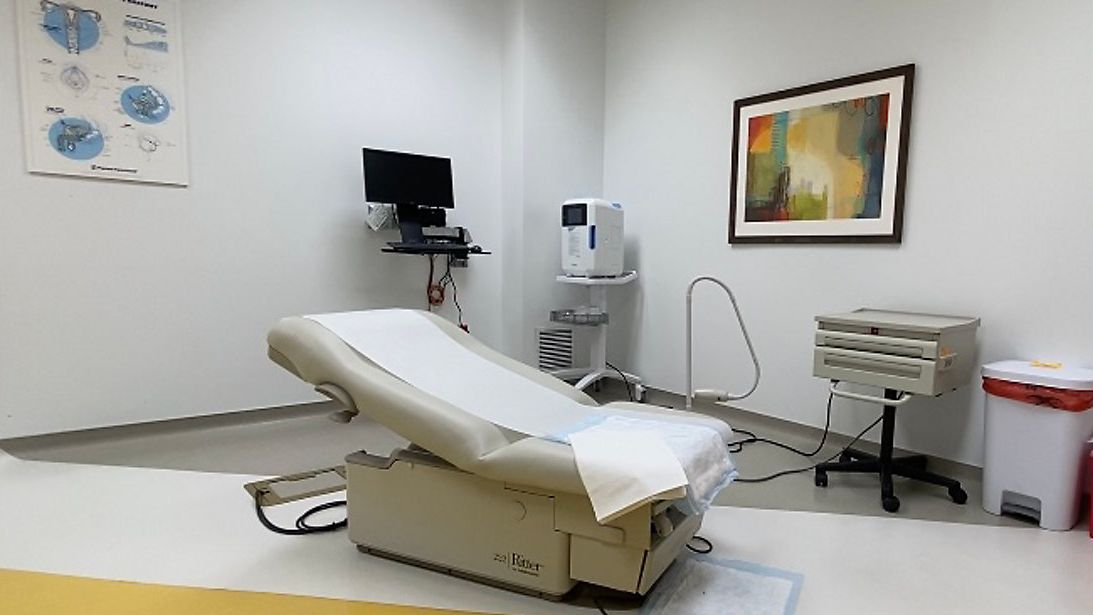 The organization is one of two abortion providers in Kentucky and has filed a lawsuit challenging the law.

While walking through an empty recovery room in Planned Parenthood’s Louisville health center, Wieder said that normally 30 to 40 patients would be recovering from an abortion there.

“Unfortunately, because of House Bill 3, there are not patients today that we can see,” she said.

With protesters inside the Capitol on Wednesday, lawmakers voted to override Gov. Andy Beshear’s veto of the bill.

“This is a stain upon our country,” he said. “It’s our greatest sin. It needs to be reversed.”

“For us to be in compliance with the law, we would need to be able to fill out all of these new forms and go through these new certification processes and have the state certify us under these new forms as well,” she said. “None of this exists. None of the processes exist.”

Planned Parenthood is working to connect patients to abortion services in other states, and Bloomington, Ind. and Indianapolis, Ind. may be the closest locations for Kentuckians depending on where they live, according to Wieder.

On Thursday, Planned Parenthood filed a federal lawsuit against Kentucky Attorney General Daniel Cameron and other state leaders, saying the law is “tantamount to a ban on abortion” and “it is impossible for Plaintiff to comply with the Act.”

Addia Wuchner, executive director of Kentucky Right to Life, posted on Twitter on Thursday that the law “will not end abortion in KY,” and reflects the General Assembly’s “commitment to our most vulnerable citizens.”

While abortions have stopped, the health center remains open for other services, Wieder said.

Jackie McGranahan, a policy strategist with the ACLU of Kentucky, said the new law has set Kentucky back.

“We have said from the beginning, it will be impossible for facilities to comply,” she told Spectrum News 1. “This bill will shut down abortion providers. This bill will shut clinics down. And what you heard, it will stop abortion access in Kentucky. You heard over and over again, ‘Oh, no it won’t.’ Here we are. The bill passed and abortion clinics are not operating currently.”

The ACLU has also filed a legal challenge to the law.

“When you look at the amount of people in Kentucky who will no longer have access to a medical procedure because of folks’ political beliefs around abortion, if you do not agree with abortion, by all means, do not have an abortion,” she said. “But do not stop every Kentuckian from accessing abortion.”

Attorney General Cameron said in a statement Friday, “The General Assembly passed HB 3 to protect life and promote the health and safety of women, and we are prepared to earnestly defend this new law against the legal challenge from Planned Parenthood and the ACLU.”