LOUISVILLE, Ky. — Students in Jefferson County have been working to ensure more than 70 Louisville families will have a Thanksgiving meal. 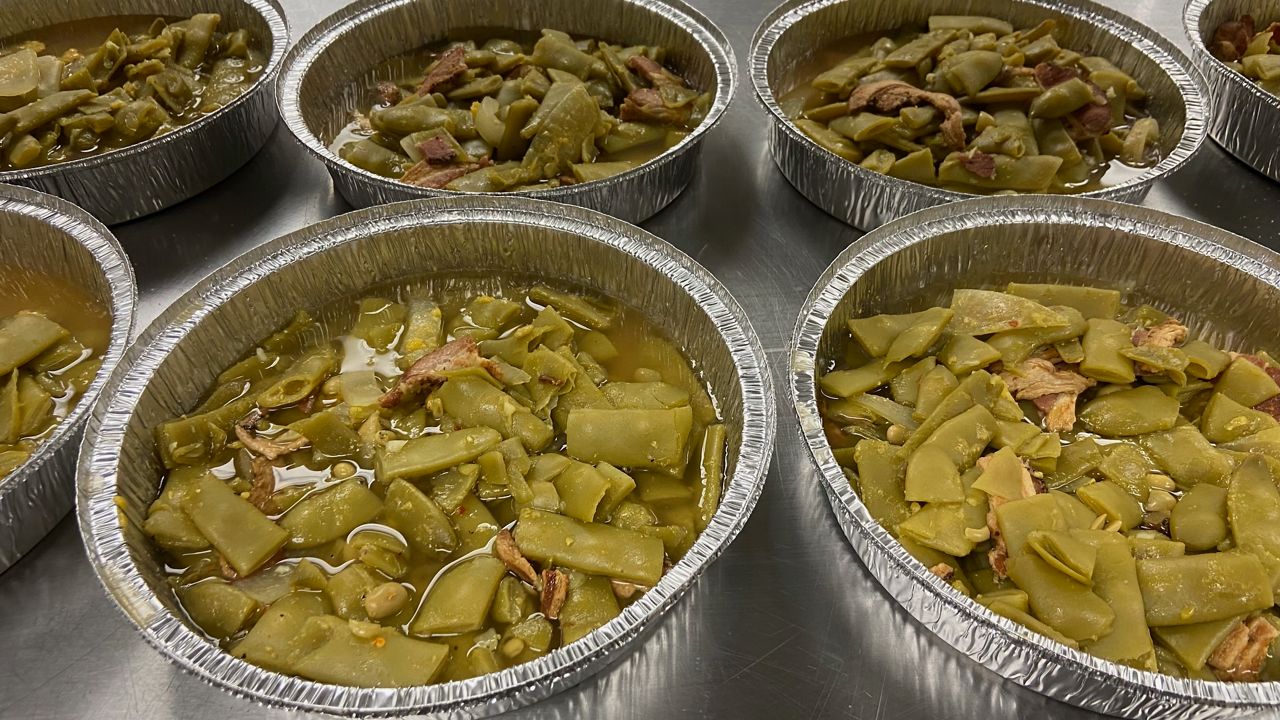 "I feel like this is a good deed because some people don’t have enough money to do this and I feel like everybody should take care of each other and help out," she said.

This summer, The LEE Initiative announced that both Western and Iroquois high schools would receive $10,000 in food credits as part of a partnership with the McAtee Community and Training Kitchen, Jefferson County Public Schools (JCPS) and restaurant wholesaler What Chefs Want.

"It’s been amazing," said Vernak. "We get to try some different foods that we haven’t tried before while also giving back because we are part of the hospitality industry and it’s awesome to be able to give back."

The meal kits required a sign up for pickup Tuesday night and included a turkey to cook at home.

They are being distributed in partnership with The LEE Initiative and the McAtee Community and Training Kitchen.