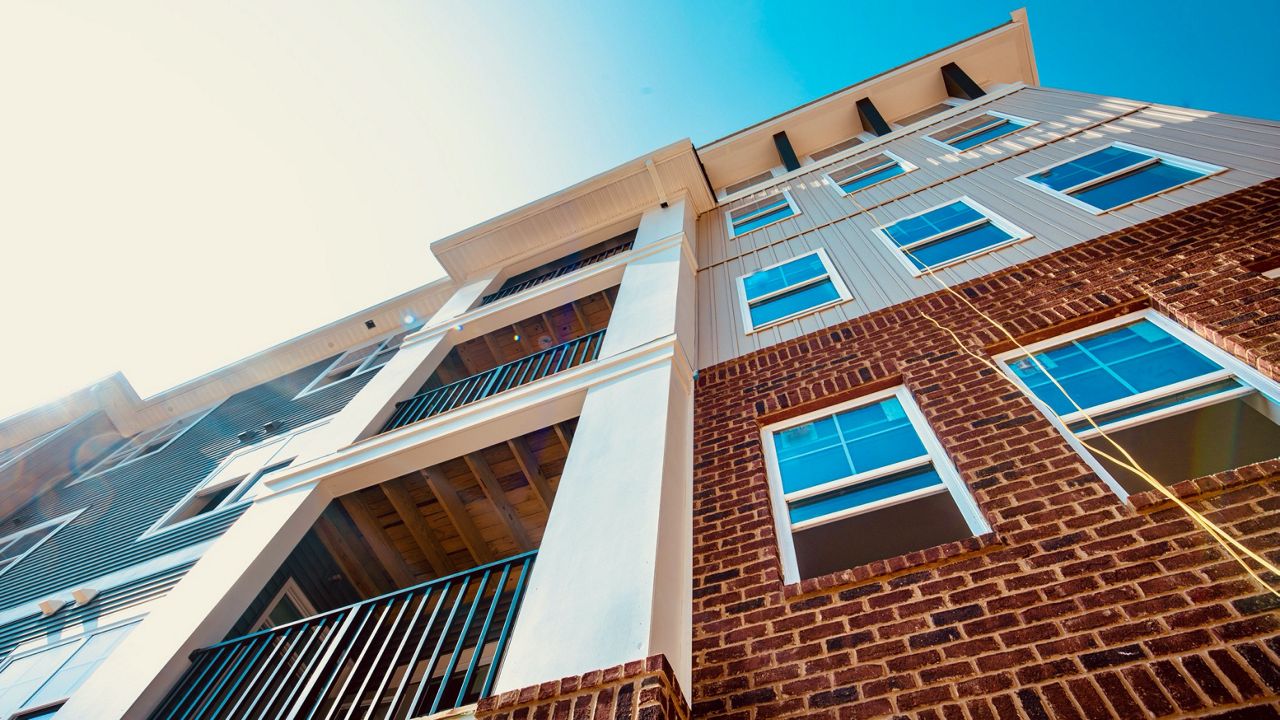 A generic photo of an apartment building.

AUSTIN, Texas — Rents are rising across Texas, no matter where you live or how large or small your apartment is. Supply is down. Demand is up. And there’s no rent control in the state.

From 2009 to 2014, Haroon Abassy was in his home country of Afghanistan, serving in the U.S. military. He was a translator for American soldiers, many from Texas. That’s why he chose to move here.

His first one-bedroom apartment was $700 a month. Now, the three-bedroom apartment he shares with his wife and three children costs $1,889 per month. It recently rose $200, up from $1,689. Abassy said he looked at other apartments before signing on for another year-long lease, but all of them were more expensive. Now, he’s working longer hours to make up the cost.

“I have to stay far from home now because I have to work more,” he said.

Abassy has his own business, Anywhere Trucking. He drives an 18-wheeler all over the country. He used to work every other week, but now he’ll be away for two weeks at a time.

Texas does not have rent control. State law only allows cities to control rent when there’s a disaster, or when the governor approves it. As people flock to Texas, landlords have taken advantage of this.

According to Rent.com’s July report, the average rent in Texas for a one-bedroom went up just over 30% between 2020 and 2021. In Austin, rent skyrocketed more than 108% year-over-year.

Monica Guzmán is the policy director of Go Austin/Vamos Austin (GAVA). She advocates for housing affordability in Austin. She said the state should let cities implement their own rent control policies, but she doesn’t see that happening soon.

“Unfortunately, we need a movement on that to get that changed,” Guzmán said.

The Texas Legislature is expecting a $27 billion surplus when it convenes in January. Guzmán said some of that money could be used for emergency rental relief—but the challenge would be prioritizing who gets it and how much.

Texas state Sen. Joan Huffman, R-District 17, said in a statement that the Legislature intends to use some of the money for property tax relief.

“With a booming economy and a projected $27 billion surplus, our state has never been so well-positioned financially to provide property tax relief to Texans and especially to seniors on fixed incomes. Additionally, Lt. Gov. Patrick has made it crystal clear that property tax relief is a priority for him and I look forward to working with my colleagues to get the job done," the statement reads.

However, rental relief is still missing from the statewide conversation. That leaves organizations like GAVA to advocate for Texans at the local level.

“We need the city to invest in the community. That is part of what GAVA is recommending to the city," Guzmán said. "We need the city to invest more money in contracts for social service agencies and community-based organizations that provide financial emergency relief, rent relief, utilities. They also need to invest in workforce development programs, [such as] skill building. That way people can get training and have upward mobility, and have a better financial footing, so they can afford what the cost of living is here in Austin; they’re not forced to move out. But the city must be part of the answer.”

Mohammad Masood, a community organizer for the New Afghan Cultural Center, said many Afghans who arrive in Austin are starting their lives from scratch.

“It’s difficult for them to find a proper house because their family is a little bit bigger than usual,” he said. “Mostly, they can’t afford the house. They are suffering from rising rent here in Austin.”

Masood said he knows of some families who are one missed rent payment away from being homeless. He said people who come to Texas from Afghanistan face language barriers and the cultural norms are different.

“Just males working here, so it’s difficult for them to afford the high rents,” he said. “They are hardworking people–working day and night for their rents, for their food, for their children and other supplies.”

Masood said many people who moved from Afghanistan served or had family in the U.S. military.

“We kindly and humbly request our state government in the future to have some program for these Afghan families,” he said.

Abassy also feels like the state is forgetting about its local heroes.

“As we helped and supported your troops back in Afghanistan, now it’s time to pay it back,” said Abassy.