Ron Howard takes part in the "Featured Session: Changing the Future of Food" at the Austin Convention Center during the South by Southwest Film Festival on Friday, March 18, 2022, in Austin, Texas. (Photo by Jack Plunkett/Invision/AP)

AUSTIN, Texas — You send doctors and other health care professionals in when there’s a medical emergency, so who better to provide food disaster relief than a professional chef?

Howard on Friday was joined by Imagine Entertainment producer Sara Bernstein and World Central Kitchen CEO Nate Mook for the “Changing the Future of Food” featured session at the South by Southwest festival in Austin, Texas. While larger-than-life personality Andrés wasn’t there — and in fact had no interest in being the principal focus of the film — he loomed large throughout the discussion.

Andrés, who is from Spain, arrived in New York at age 21 with $50 in his pocket. He moved to Washington, D.C. a short time later, opened highly acclaimed restaurants, wrote best-selling cookbooks and became a staple of food television.

In 2010 he founded NGO World Central Kitchen in response to the Haiti earthquake. Since then, the organization has provided healthful meals all over the world when disaster strikes, including in Texas when Hurricane Harvey caused catastrophic flooding.

“It’s hard to find someone more charismatic, I think, than José," Bernstein said. “So it was pretty clear that he would be a central piece in this. And I think there’s a lot of drama you see in the film in the way that he interacts with people. There’s something that really draws people to him, which is why I think he could create an organization like World Central Kitchen.”

“José wanted the film, he understood it, we talked about it. He was very, very respectful, and he knew it was good for the organization and wanted to get the message out, all of those things,” Howard said. “But, he said, ‘I don’t want cameras around me.’ And I said, ‘Well, there’s a little disconnect there between making a film and no cameras.’ And he didn’t really want the microphone.” 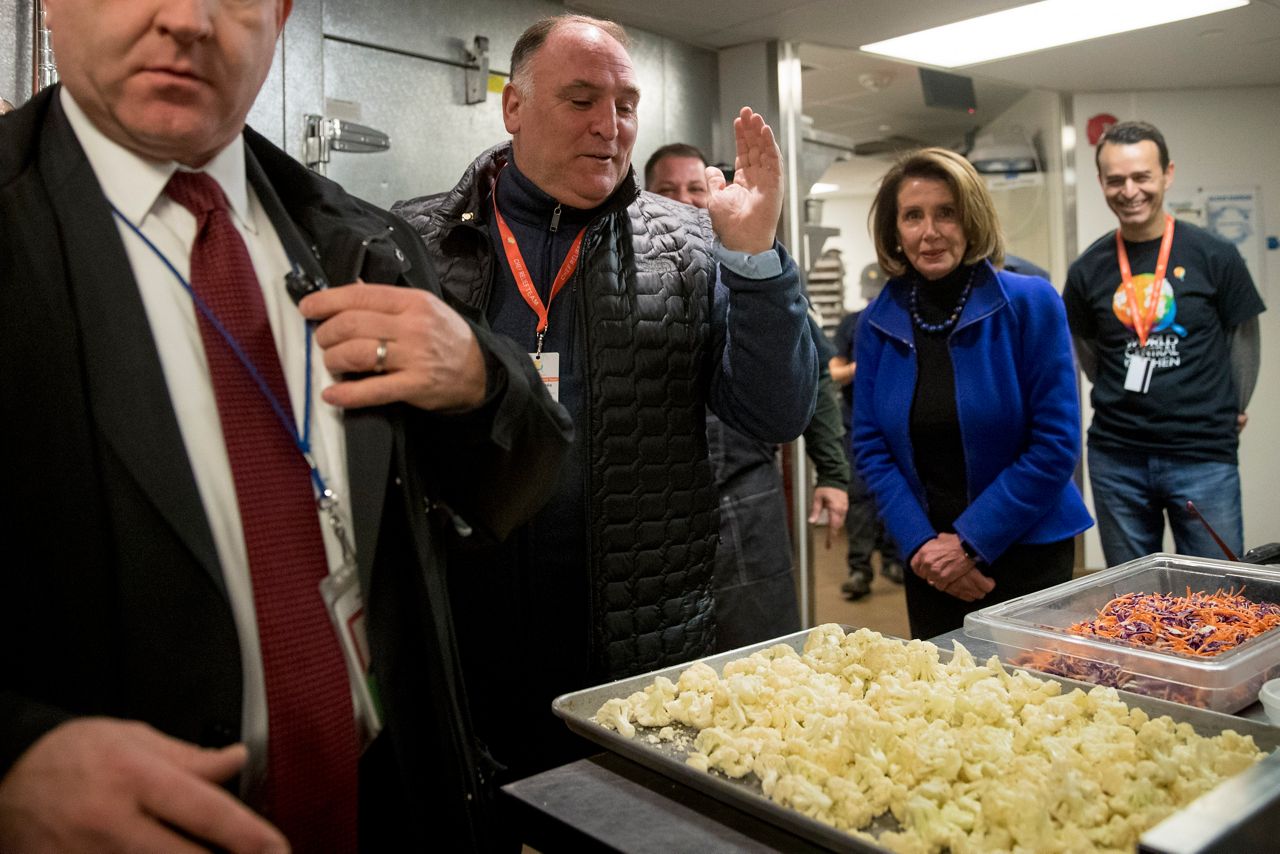 The film takes the viewer behind the scenes of catastrophe as Andrés and his team feed affected people who are frequently cut off from a food source when disaster strikes. The organization additionally provides long-term solutions for food scarcity.

“But I hope that the film demonstrates on a person-by-person level, it’s [World Central Kitchen] making it possible for a lot of people to make a difference,” Howard said.

“We Feed People” debuted at the Paramount Theatre in Austin as part of SXSW over the weekend and will be available to stream on Disney+ beginning May 27.