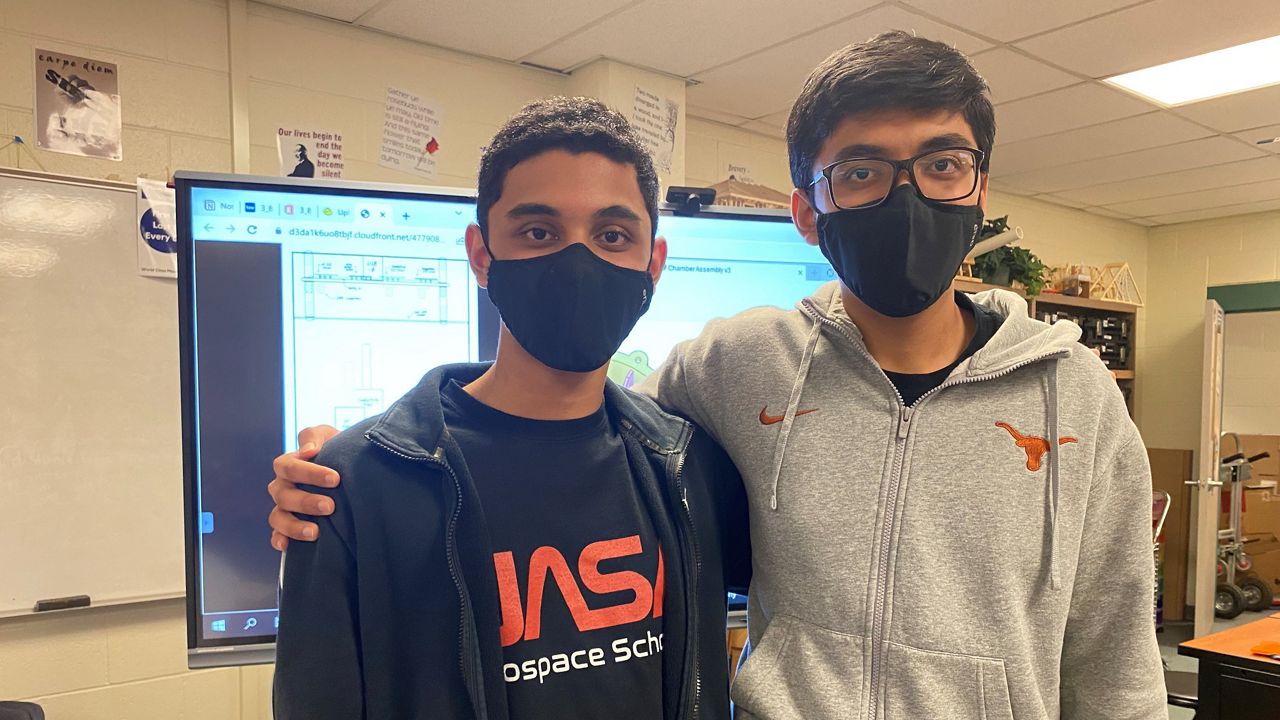 ROUND ROCK, Texas — Texas is no stranger to space travel. Students across the Lone Star State are taking part in various projects sponsored by NASA.

NASA selected a team of students at Round Rock ISD to build experiments that will autonomously operate and collect data from the edge of space aboard a suborbital rocket operation by Blue Origin.

Over 600 teams applied across the country, with 57 being selected overall. There were three student teams selected in Texas, Tornillo High School in Tornillo, The Odyssey Academy in Galveston, and McNeil High School in Austin.

The team of students at McNeil High School will determine how microgravity affects water purification.

“When we were first coming up with this idea, we watched this Mark Rober video, where they discussed how water purification works in low-income countries,” Aditya Hadavale said. “From that, we learned that there’s this thing called a coagulant flocculant that has the capacity to filter dirty water. We got really interested in how that would work in microgravity. Basically, the whole whole purpose of the experiment is just to test that aspect in microgravity and see how effective it is.”

“They’re coming up with a way to try to filter the water and make it clean again,” Michael Tomberlin, who is sponsoring the students, said. “It’s actually an experiment that NASA could use the data for.”

The students are waiting to receive all the equipment from NASA.