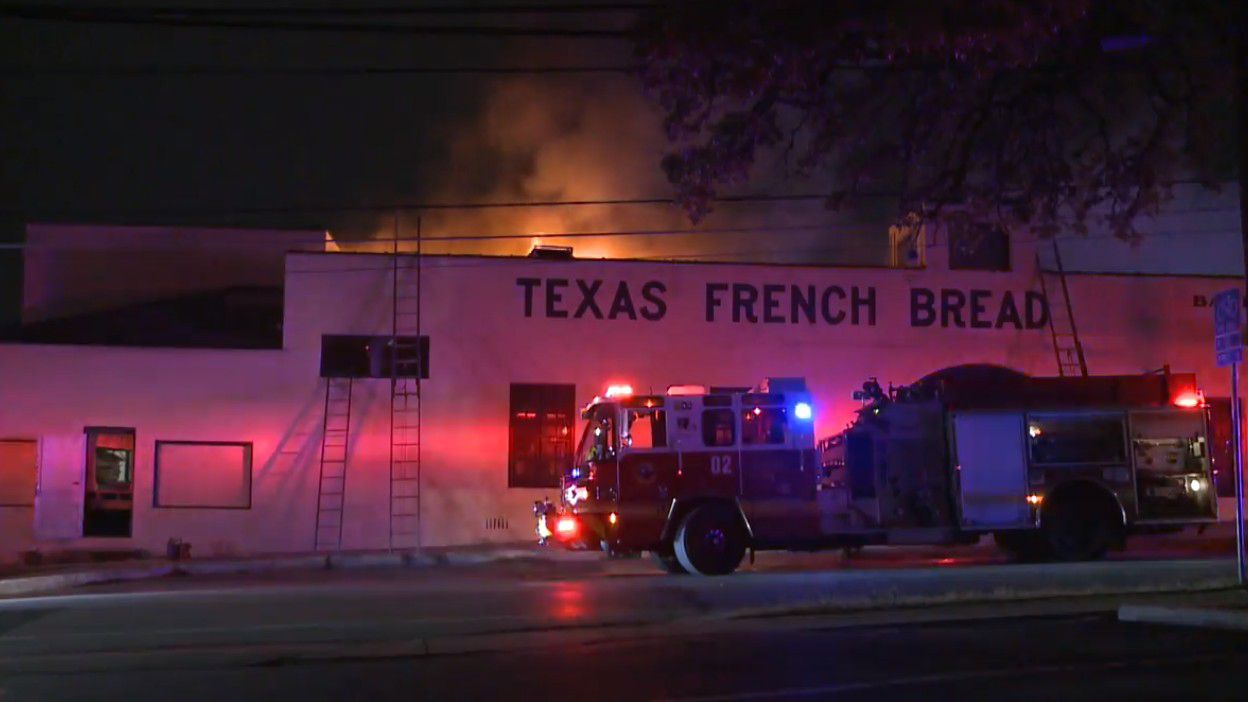 AUSTIN, Texas — An Austin bakery located near the University of Texas at Austin appears to be a total loss following a fire that broke out late Monday night.

The Austin Fire Department responded to the blaze at Texas French Bread, located at 2900 Rio Grande Street, before 11 p.m.

Video captured by Metro Video Services, LCC, shows flames coming from the roof of the bakery.

The Austin Fire Department in a tweet Tuesday afternoon attributed the fire to an accident due to mechanical failure. Damage to the structure was estimated at $1.1 million and damage to contents was estimated at $500,000.

According to its website, Texas French Bread has operated since 1981

This is a developing story. Check back for further details.