Maegan King stands behind the Groovy Little Plant Stand, speaking with a community member who stopped by to drop off plant donations. (Spectrum News 1)

AUSTIN, Texas — What’s short, rainbow and leafy all over? Maegan King’s Groovy Little Plant Stand. At first glance, it’s a small rainbow-colored shelf adorned with plant cuttings sitting in King’s front yard. But the longer you take it in, the more the stand’s hidden value grows.


King started getting into plants as the world entered pandemic lockdown. After seeing a post about a free plant stand on Pinterest, she decided creating her own would be a great way to share her newfound love of plants with neighbors.

The colorful stand sits below a sign hand-painted by King’s husband, Jason. It’s next to a large glass bottle tree between a free little library and a rainbow painted playset, and near a large white bench swing. The stand doesn’t even seem like the main attraction of the small South Austin front yard. Everything about it screams “look at me,” and that’s exactly what King’s colorful decor does — gets passersby to stop, look and interact.

She says people “…stop by just to see the rainbows,” some even going as far as taking their family photos in her front yard.

WATCH | Click the video at the top of the page to see King preparing plants, visiting with neighbors, and taking a trip to see one of the free plant stands inspired by her rainbow creation.

As the popularity of the stand grew, King found herself taking photos to let others know what was there, eventually creating The Groovy Little Plant Stand Facebook group where she’d post updates.

Today the group has over 2,000 members not only looking for free plants to add to their own collections, but also asking for advice, sharing plant growth progress pictures and just connecting. But the members aren’t limited to people who live nearby. On the day Spectrum News 1 visited the stand, one family said they lived in a neighboring Central Texas town, but decided to finally swing by to check out the rainbow stand in-person. There are even more stories like that as you scroll through the group’s hundreds of Facebook posts.

King says that she’d always wave and chat with people who stopped by. On a busy day, she estimates that could be as many as 20 people. Now that more are getting vaccinated, that online community is transitioning to even more in-person interactions. 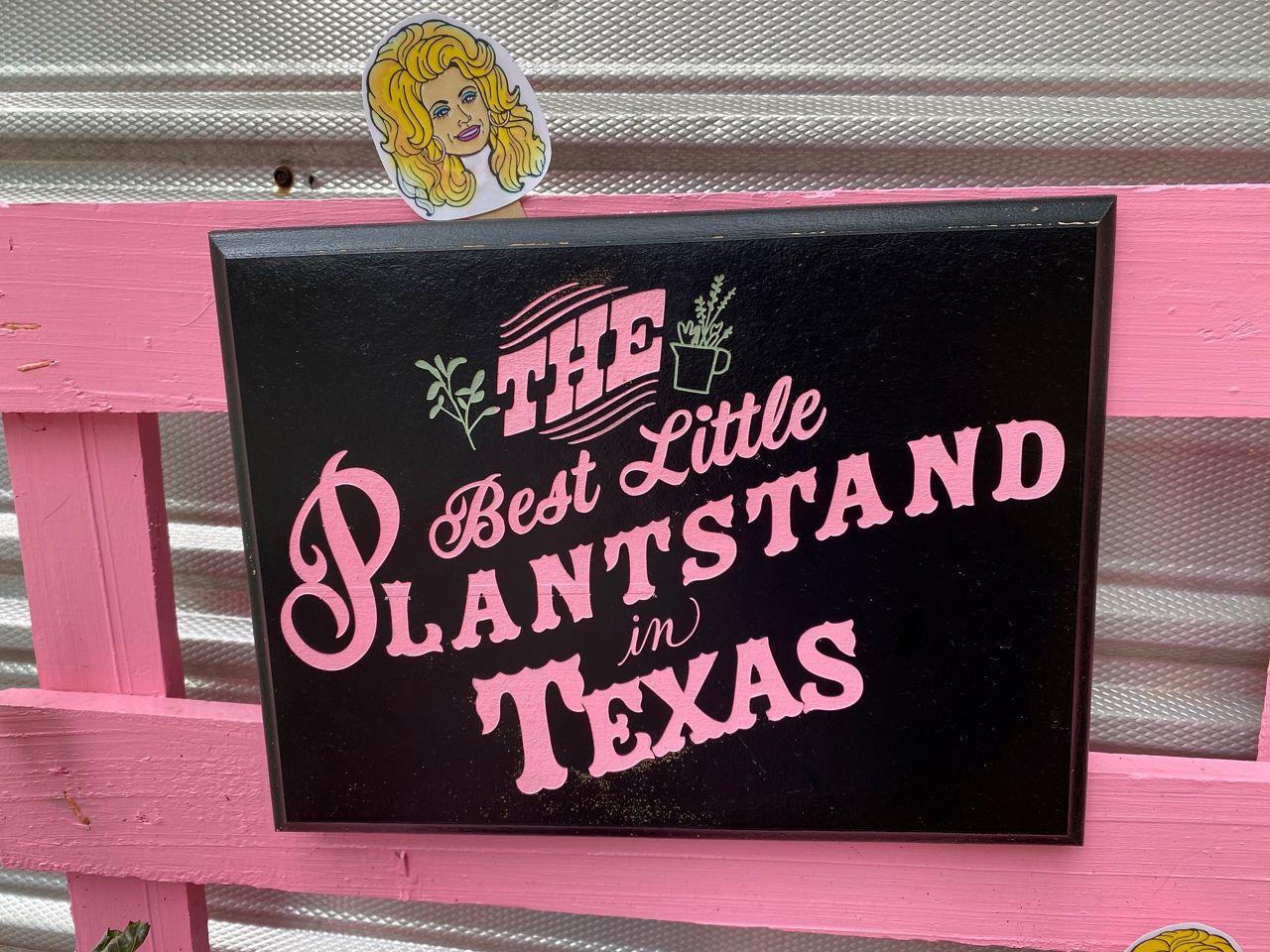 Other plant stands have been popping up across Central Texas, including this Dolly Parton inspired stand in Central Austin. (Spectrum News 1)

It’s a community that cares about each other and their founder. King’s husband Jason was injured last fall not long after the creation of the stand, and it was the friends she’d made through the stand that brought food and helped the family get by during that difficult time, including taking over the work required to make sure the stand and community was maintained.

“We can rely on these people,” King told Spectrum News 1.

King isn’t just posting pictures and chatting with neighbors, though. She moderates the incredibly active online community and divides bags of donated dirt and plant cuttings so more people can partake. If the stand is running low, she’ll buy more plants to keep it stocked, propagate cuttings and give advice to others interested in starting their own stand.

King believes five or six stands have popped up around Austin as a direct result of her group. A quick Facebook search for “free plant stand” groups revealed 10 around Central Texas, with even more in other parts of the country.