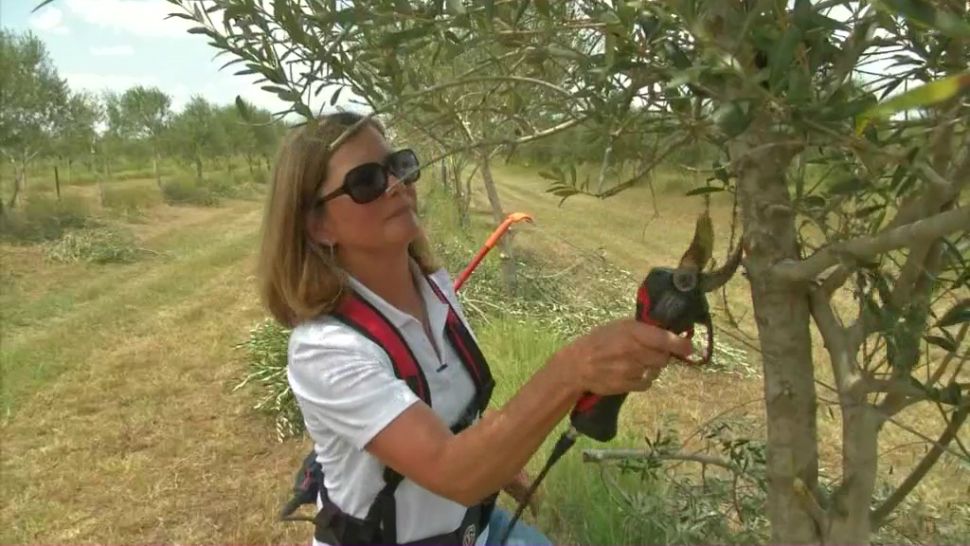 STATEWIDE — There is a new type of oil that could help fuel the state’s economy.

Farmers call it "golden oil." A group of olive oil producers are calling on Texas lawmakers to invest in what they believe is a growing industry.

"There is a movement, to eat healthier and want to know where your food comes from and I think that’s where we’re trying do in the olive industry is, you know, be transparent," Goerner said.

According to the Texas Olive Oil Association, in 2012 there were about 40 growers. This year, there are more than 150 growers and almost 4,000 acres of olives planted.

Growers want to form an advisory board through the Texas Department of Agriculture to help fund the research, marketing, and standardization that can grow the industry.

"It’s going to take policy to create funding for institutions to back this and to research it and to, you know, find out where it’s going to work and where it’s not," said Michael Paz, president of the Texas Association of Olive Oil.

Currently, producers follow California or the U.S. Department of Agriculture’s standards in good faith. They believe a board could work with lawmakers to establish regulations.

"A lot of infrastructure, a lot of dedication, a lot of man hours that go into these types of operations, so to be able to do that and then be expected to compete at you know a retail level with something that adulterated bringing down the cost down 80 percent it’s just impossible to do," said Paz, who also is a managing partner for Texana Brands.

The Texas Department of Agriculture did not comment specifically on the possible approval of an advisory board, but in a statement communicators director Mark Loeffler said:

"Commissioner [Sid] Miller and staff at TDA are excited about the Texas olive oil industry’s great potential for growth domestically and internationally."

At least for now, olive oil growers have the passion and the drive to make Texas become a major player in the industry. The state follows California in olive production. Meanwhile, a majority of olive oil is imported. Goerner said the work is in her blood. She wants to raise extra virgin olive oil by not using any pesticides.