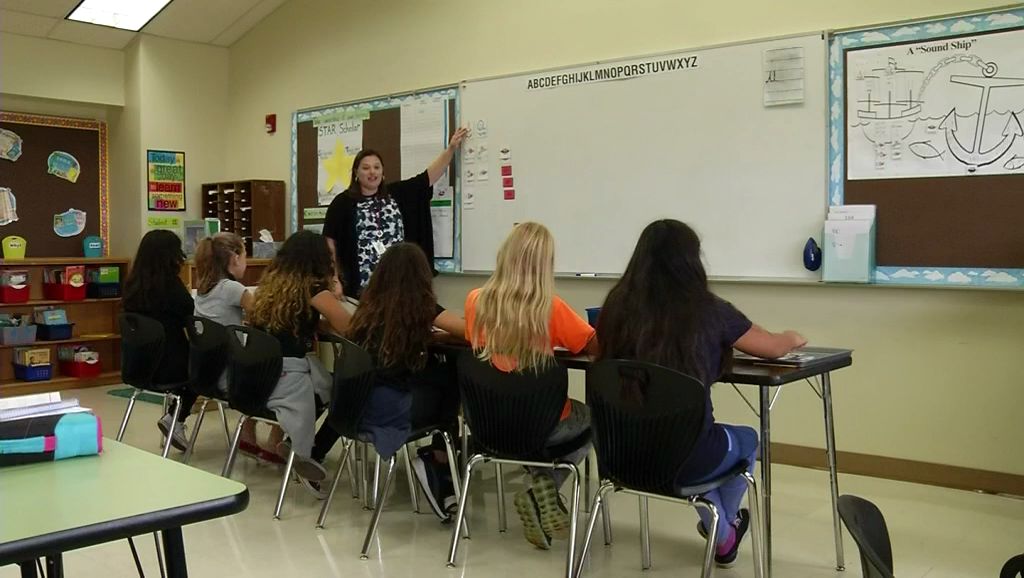 AUSTIN, Texas — It's been more than a month since the Austin Independent School District launched the first program of its kind to help struggling students.

Its mission is to give extra attention to those with dyslexia because a teacher and environment of support can make all the difference when it comes to learning.

“I think it’s like helping because I can be around people that like have the same challenges as me and can help me through it, too,” said Sumara Kc, a sixth grader.

The 11-year-old is one of the 5,000 students with dyslexia in the Austin Independent School District.

“Sometimes I get like really nervous if someone like calls on me or asks me to spell something because I'm like 'Oh my God, what if I get it wrong. Like what will happen?',” Sumara said.

This school year, district leaders launched an initiative at Covington Middle School in South Austin. More than 30 sixth graders with dyslexia are enrolled in small elective classes focused on intensive academic language therapy with a specialist.

“There really isn’t a program that can meet the educational, social and emotional needs of students who have dyslexia or related disorders," said Katy Vassar, a dyslexia specialist at Covington Middle School. "So this program allows these students to have that type of programming within their day.”

Sixth graders teachers there received 40 hours of training about the neuro-biological disorder. AISD also continues to guide parents with ways to help their kids in and out of the classroom.

"It’s huge to have parent support in understanding about this program so that way they can help develop self-advocacy skills for their children," Trevino said.

Throughout the course, educators hope students understand that learning differently does not mean failure.

“If you can own what it takes to be a successful learner then you can apply that in whatever situation you encounter in the future," Vassar said.

“Everyone who has a challenge in their life should just push forward, because you could always overcome that challenge because you have that strength inside of you,” Sumara said.

There are already support specialists at every AISD elementary school. District leaders plan to expand the program to seventh-graders at Covington Middle School next year and are working to identity other sites.