Most times cleaner air is good news, but that’s not the case for hurricanes.

NOAA (National Oceanic and Atmospheric Administration) has a new study that shows less air pollution is helping to create busier hurricane seasons. NOAA hurricane scientist Hiroyuki Murakami used complex climate models to simulate the atmosphere. He found a link between air pollution particles and the formation of tropical cyclones or storms. They found that an increase in air pollution reduced the number of storms and that making the air cleaner caused more storms. Here’s why that happens. 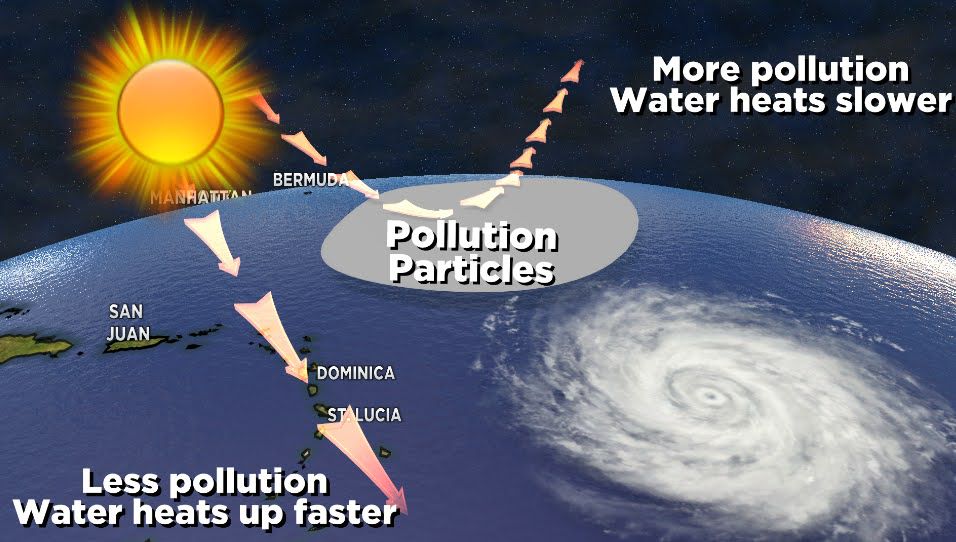 Warm ocean water is the fuel that drives tropical storms and hurricanes. When there are less pollution particles in the air, more sunlight reaches the ocean, and it warms faster and greater. When the air is thick with pollution, some of the sun’s energy reflects and doesn’t reach the ocean. This makes for a cooler ocean and less fuel for storms.

The researchers also found that with cleaner air, the air was warmer and that shifted the jet streams farther north, making for a better environment for tropical storms to form. The jet stream can disrupt a budding tropical system. Here are the numbers from the study for air pollution and hurricane formation in the northern hemisphere in the last 40 years. 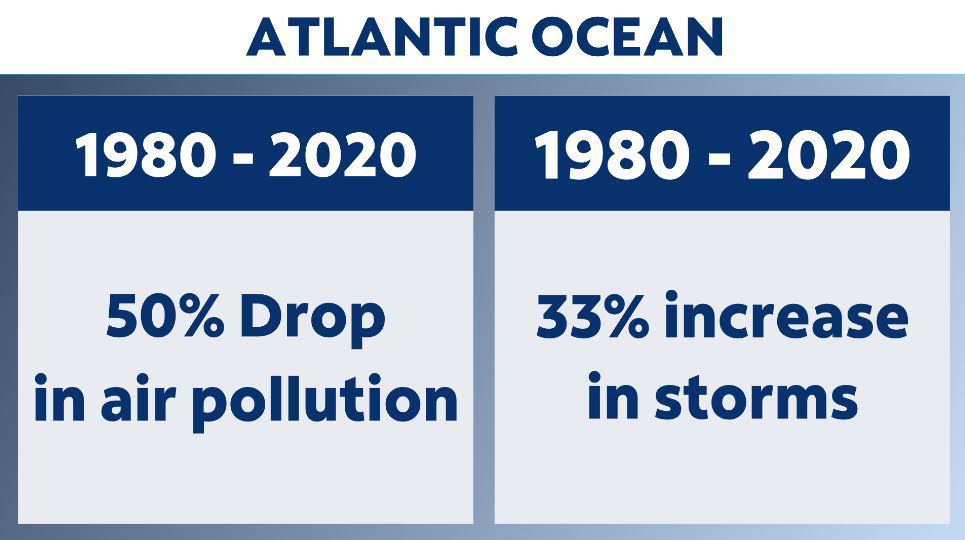 Air pollution in North America and Europe peaked in 1980 and has been decreasing since. This is due to better pollution controls on cars and factories. In India and China, air pollution has increased by 1980 by 40%. This dirtier air is having the opposite effect on hurricanes developing in the North Pacific Ocean. Storm activity there has decreased by 14% while air pollution levels have risen by 40%.

Experts think that air pollution levels in these areas are peaking now. The air is thick with pollution and that is stopping some of the sun’s rays from reaching the ocean and limiting the fuel available for storms. Also, the pollution blocks the sun from reaching the land and this causes cooler air. The reduced difference in temperatures between the land the ocean has weakened the monsoon winds that help fuel tropical storms in the Northern Pacific region. 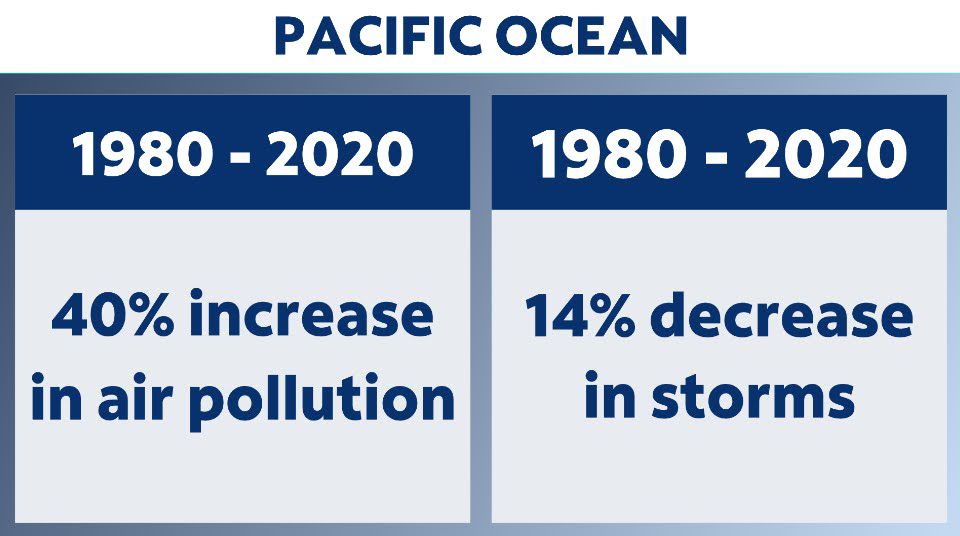 Scientists in the report stress that the harm caused by air pollution is far greater than the danger posed by the increase of storms because of the cleaner air. The relationship between pollution and its effects on hurricane season is a great example of how interconnected all our environmental systems are and how complex our atmosphere is.