Earth tides: The rise and fall of the land

We’ve all heard of ocean tides, but have you ever heard of Earth tides? Yes, just like the ocean, the Earth’s crust also moves up and down daily.

Just like ocean tides, Earth tides occur because of the Moon and Sun’s gravitational pull.

We spoke to Dr. Andy Bobyarchick, a geologist in the Department of Geography and Earth Sciences and the University of North Carolina at Charlotte to learn more.

"The position of the Moon gravitationally creates a lunar tidal force that pulls the part of Earth facing the moon, creating a slight outward bulge. This 'high tide' occurs once per lunar day at a specific geographic location. The land facing away from the Moon is where a depression 'down' would occur," says Bobyarchick.

But how far does the Earth move up and down?

Bobyarchick states, "The Moon elastically distorts the whole planet, not just the surface. And depending on a number of factors, ground surface displacement by Earth tides may be a few tens of centimeters."

So, of course, these Earth tides are impossible to observe with the naked eye, but these little movements can cause impacts around the world. 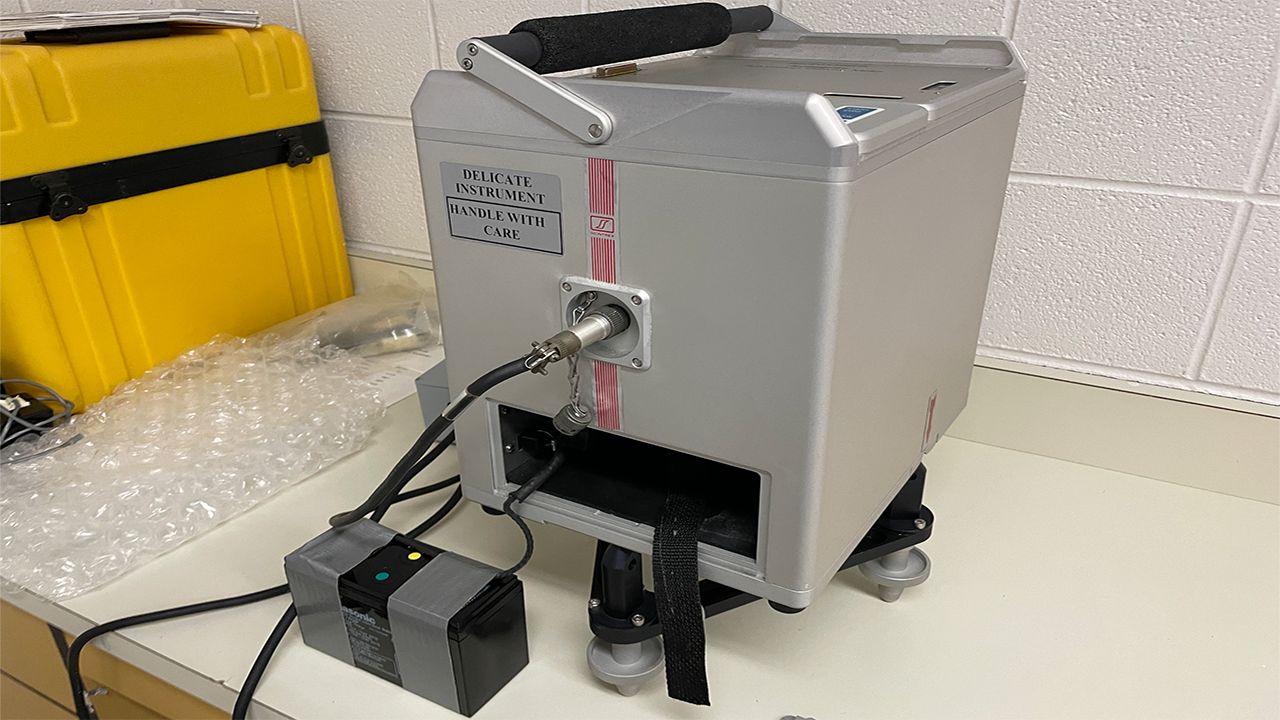 Bobyarchick says, "the simplest design for a gravity meter is a heavy mass suspended on a spring. The spring extends differentially because of variations in attraction of the mass.

"Drop towers where a mass is dropped a certain distance and where the travel time for the mass to fall can also determine the local value of gravity. To measure tides, the gravity meter needs to be very sensitive."

Why do scientists study Earth tides?

Bobyarchick says, "regarding volcanic activity, Earth tides, by causing deformation of the crust, also create stresses (pressure) in the rocks. Movement of magma beneath a volcano involves the molten rocks following or making fractures, and tidal stresses could assist that process.

"Similarly, earthquakes occur when rocks slip on fractures or when new fractures form, and tidal stresses may facilitate those processes. These causes and effects may not always apply to volcanic or seismic activity, but there are some studies that suggest it is so."

There has been a correlation between Earth tides and volcanic eruptions, even though the stress on the planet that Earth tides create is extremely small. Earth tides could induce a quicker eruption once gasses and magma build in the volcano before an eruption.

Scientists are still researching the connection between Earth tides and earthquakes.