Satellite image of the post-tropical Julian on Monday morning. (NOAA)

Julian stays over open water in the Atlantic

Julian started as a wave off the African coast, gaining enough strength to become a tropical depression on August 28. 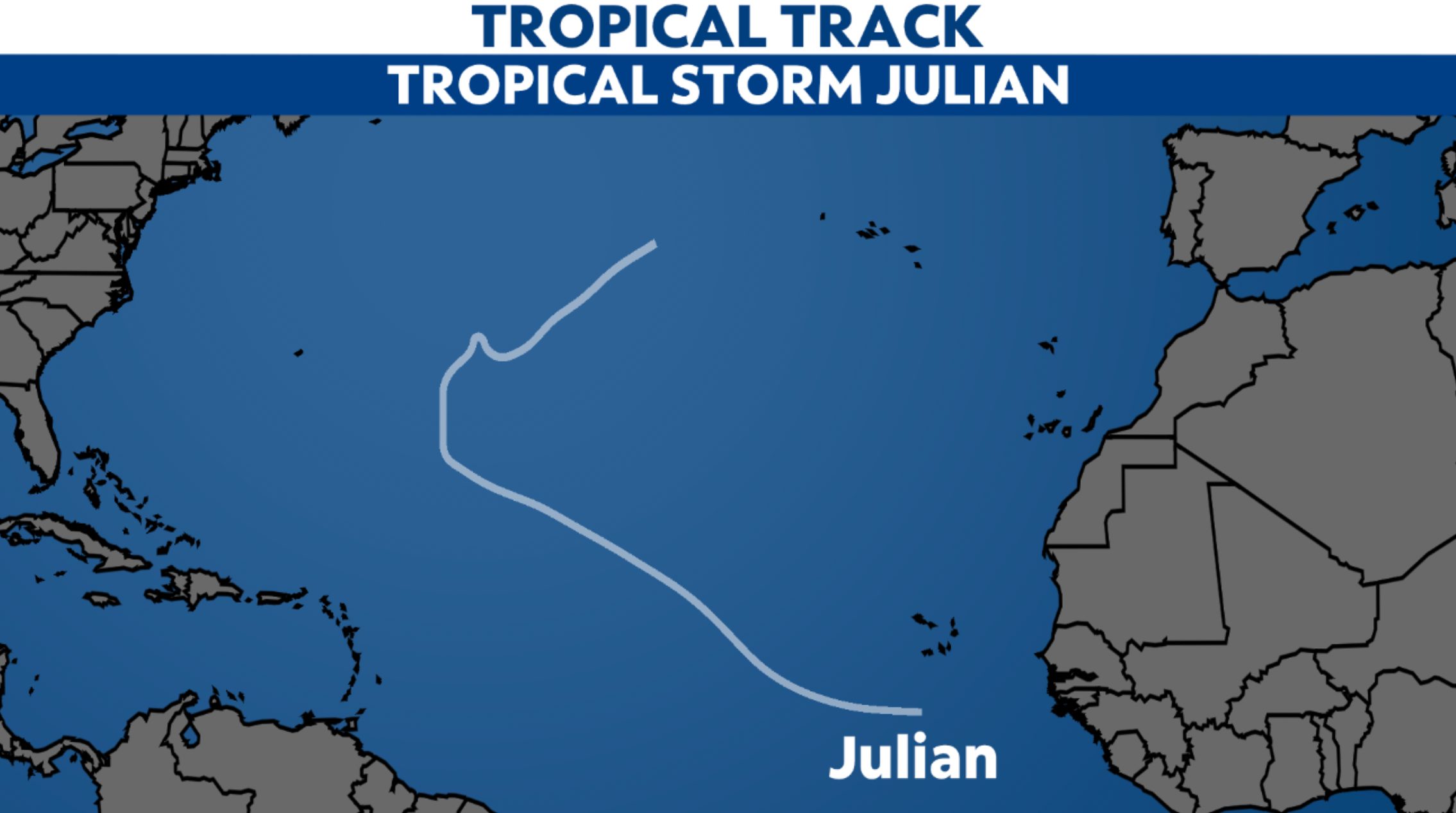 It strengthened into a tropical storm Sunday morning on August 29, but about 12 hours later, Julian quickly turned post-tropical.

Fortunately, Julian stayed over the open waters of the Atlantic during its entirety and didn't bring impacts to anyone.

Always stay prepared before a storm moves into your area, especially with an above-average season forecast.

Not every storm will make landfall, but remember, it only takes one to make the Atlantic season a bad one.