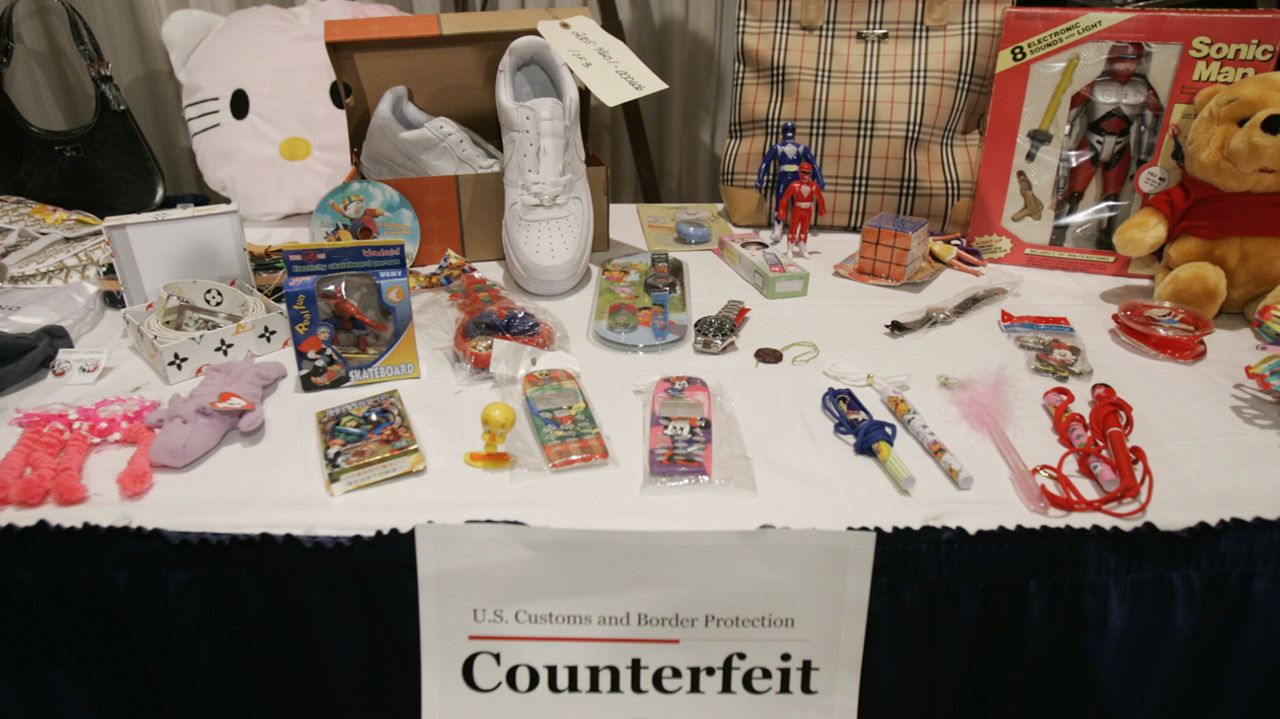 Consumer advocates are warning U.S. shoppers about inadvertently purchasing counterfeit toys this holiday season, cautioning in a new report that many of the knock-off products, which are widely distributed online, could contain hidden hazards for children.

Experts are warning the problem could be especially acute this year as more and more Americans turn to online vendors to complete the bulk of their holiday shopping.

In its 36th annual report, “Trouble in Toyland,” the U.S. Public Interest Research Group said that some large online marketplaces, such as Amazon, eBay and Etsy, can be especially confusing for shoppers to navigate. These sites carry products made by third-party vendors, which can lead unsuspecting buyers to inadvertently purchase a fake.

The knock-offs “can be coming from various sellers,” Jennifer Gibbons, the senior vice president of government affairs at The Toy Association, told Spectrum News in an interview. “So, looking into sellers – reading customer reviews both on the product and review of the sellers—can be helpful in determining whether you can trust the product you’re buying.”

Between Oct. 2020 and Jul. 2021, U.S. Customs and Border Patrol agents seized more than 23,000 shipments of counterfeit goods, according to data from the federal agency.

Counterfeiters are also expected to take advantage of ongoing supply chain woes in the U.S., which have increased demand for many name brand products and could drive many to buy from third-party vendors.

“I think that's part of the thing that counterfeiters will take advantage of,” said Ben Weinhaus, a DHS special investigations agent and unit chief at the Intellectual Property Rights Coordination Center, a task force comprised of 27 federal agencies and principal partners.

“When there is a need that we're not able to fill in our normal supply chains, for whatever reason, and there's a weakness there, that they're going to move to take advantage of that,” he added.

At times, even federal agents can have difficulty telling whether certain items are knock-offs or the real thing.

“It's absolutely a challenge,” Weinhaus said. And when it comes to toys, he added, their fears are even more exacerbated.

Pieces of a toy, for example, “may fall off and become a choking hazard,” he said. “Also, it may contain harmful chemicals like cadmium or lead, and those are things that we're concerned about — if children happen to put them in their mouth or touch them a lot with their skin.”

Fake toys often bypass important safety standards, Gibbons told Spectrum News, which “could be anything from being age graded inappropriately to small parts and choking hazards.”

In 2020 alone, nearly 200,000 children were sent to the emergency room for toy-related injuries, though it is unclear how many of these injuries, if any, were caused by counterfeit toys. Some online vendors also still sell toys that have been recalled due to safety hazards, such as choking.

Meanwhile, Congress is also weighing new legislation that seeks to combat the rise in online dupes. The legislation would, among other things, require online marketplaces to verify and disclose certain details about its third-party vendors—a fairly small step that its proponents say could make big difference.

“It will go a long way toward transparency and accountability in the online marketplaces,” Gibbons said of the effort.

In the meantime, experts say that taking the time to put in extra research—such as looking at the history of the seller and reading product reviews, can help shoppers avoid holiday shopping mishaps.

“We always say, if a deal is too good to be true, it probably is,” said Weinhaus.