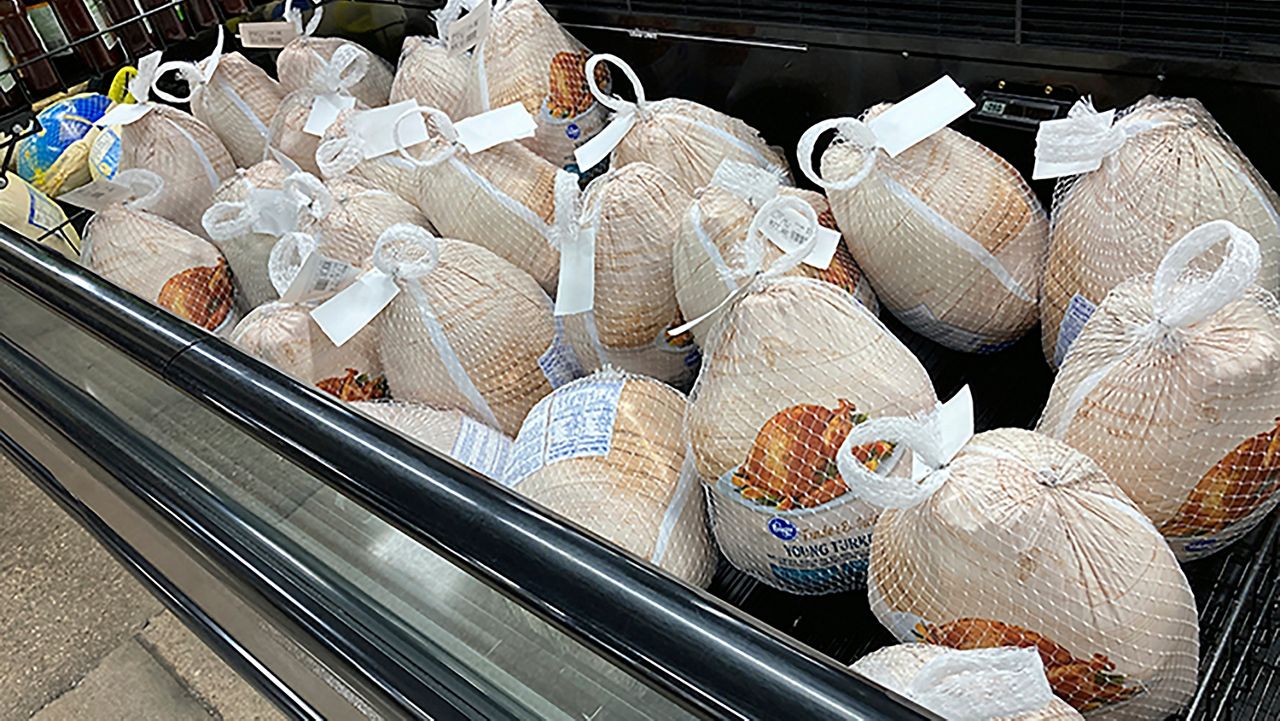 As Americans across the country prepare to gather with friends and family for Thanksgiving dinner, they’ll be paying roughly 14% more than last year, an abrupt uptick in prices that analysts say is the highest in recent memory.

Other traditional items also saw price hikes, such as frozen pie crusts, which increased by 20% from the previous year, and fresh cranberries, which cost 11% more than last year. 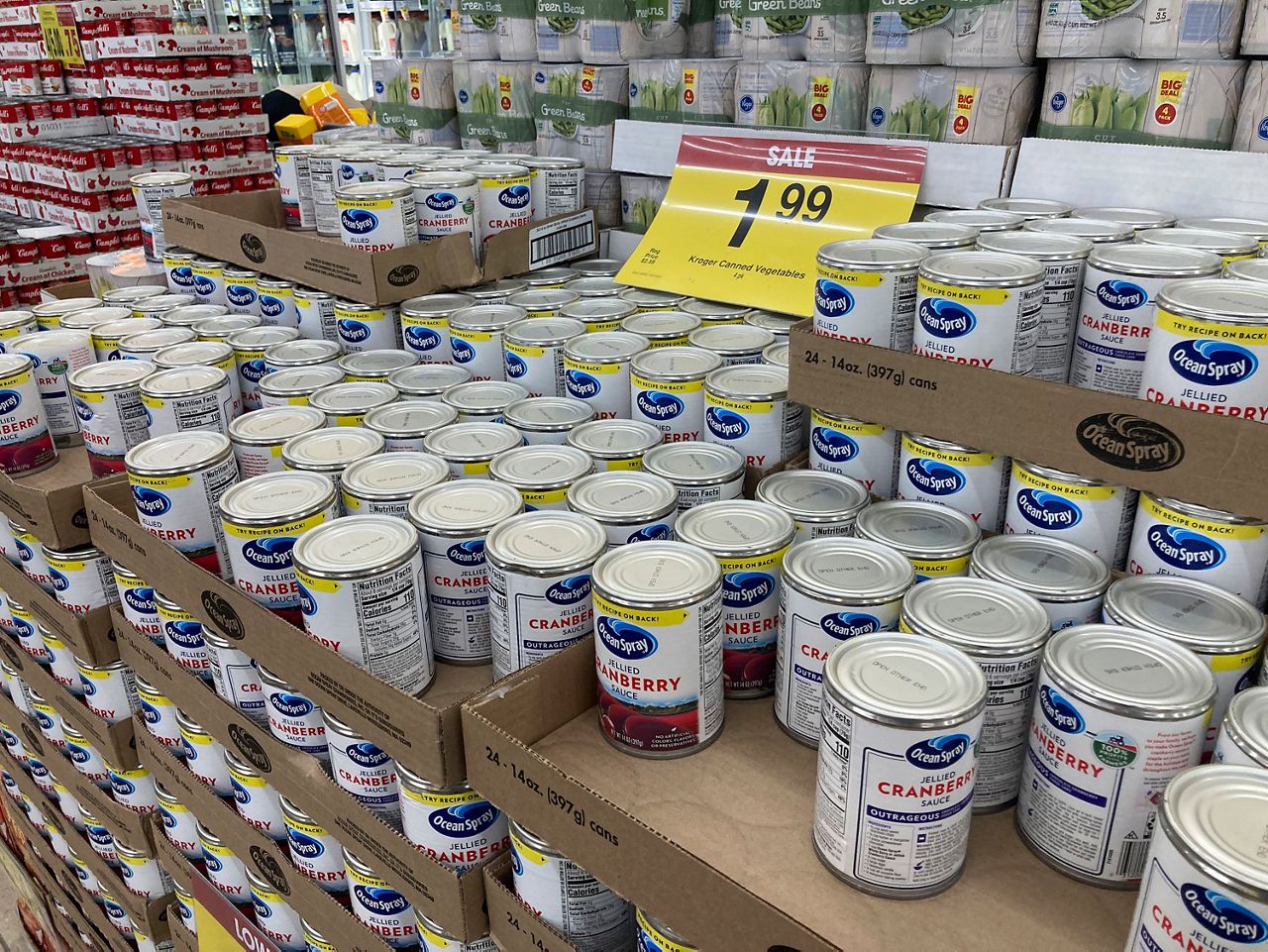 Rolls are up 39 cents from last year, ham is up $1.71, russet potatoes are up 41 cents, pumpkin pie mix is up a quarter and a gallon of whole milk is up 22 cents from the year prior.

Cubed stuffing was the only major Thanksgiving item that decreased in price, down 19% from 2020.

“This is certainly the largest increase we’ve ever seen in the history of the survey,” said Veronica Nigh, senior economist with the American Farm Bureau Federation. 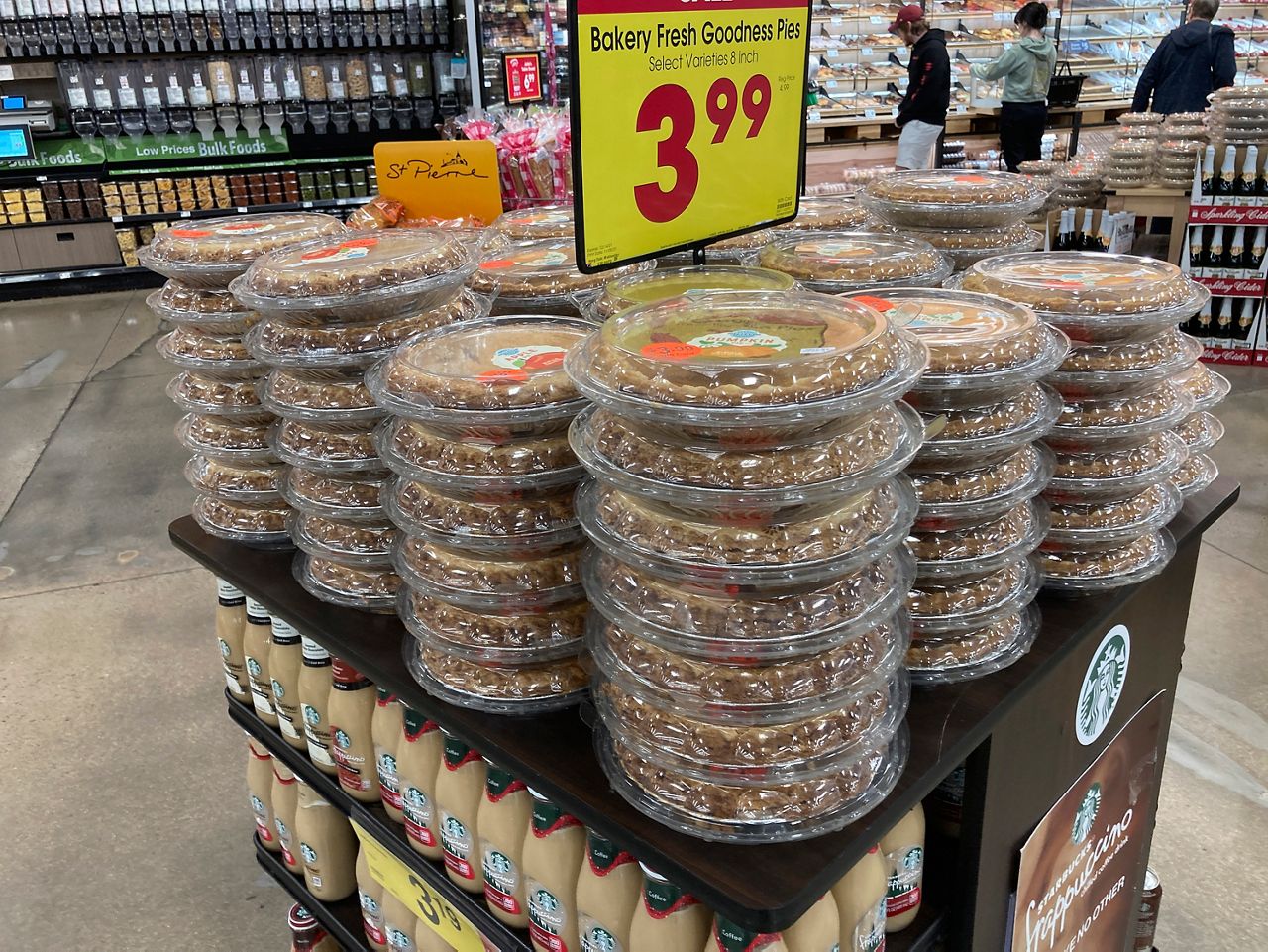 The change is largely due to supply chain issues and labor shortages, which have caused consumer prices to spike in recent months.

"Several factors contributed to the increase in average cost of this year’s Thanksgiving dinner," Nigh said. "These include dramatic disruptions to the U.S. economy and supply chains over the last 20 months, inflationary pressure throughout the economy, difficulty in predicting demand during the COVID-19 pandemic and high global demand for food, particularly meat." 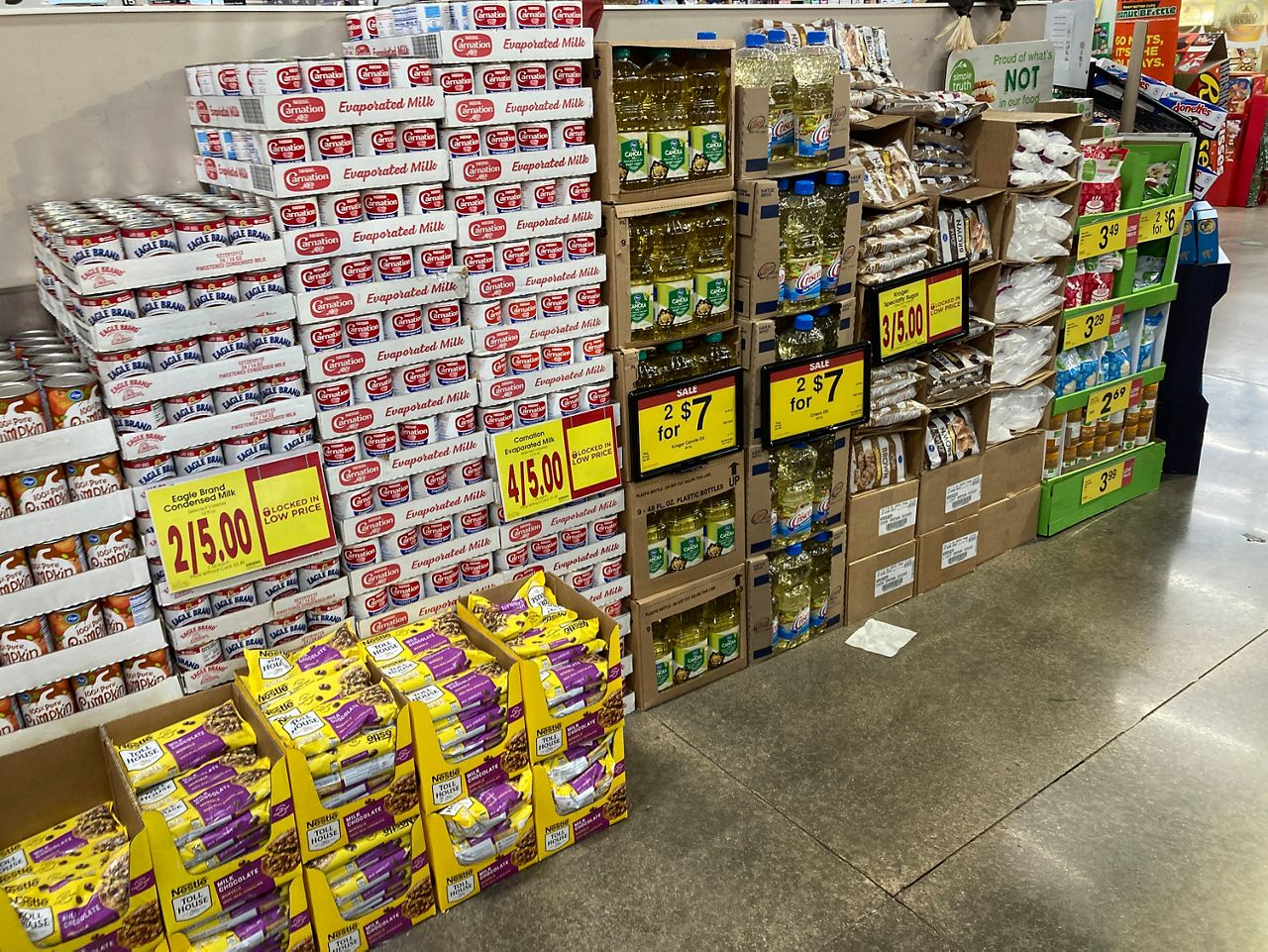 Baking supplies are stacked up in a display for shoppers as they enter a grocery store Wednesday in southeast Denver. (AP Photo/David Zalubowski)

Additionally, she said, "the trend of consumers cooking and eating at home more often due to the pandemic led to increased supermarket demand and higher retail food prices in 2020 and 2021, compared to pre-pandemic prices in 2019."

The sticker shock on many popular Thanksgiving items has some Americans opting to forgo many traditional menu items completely. 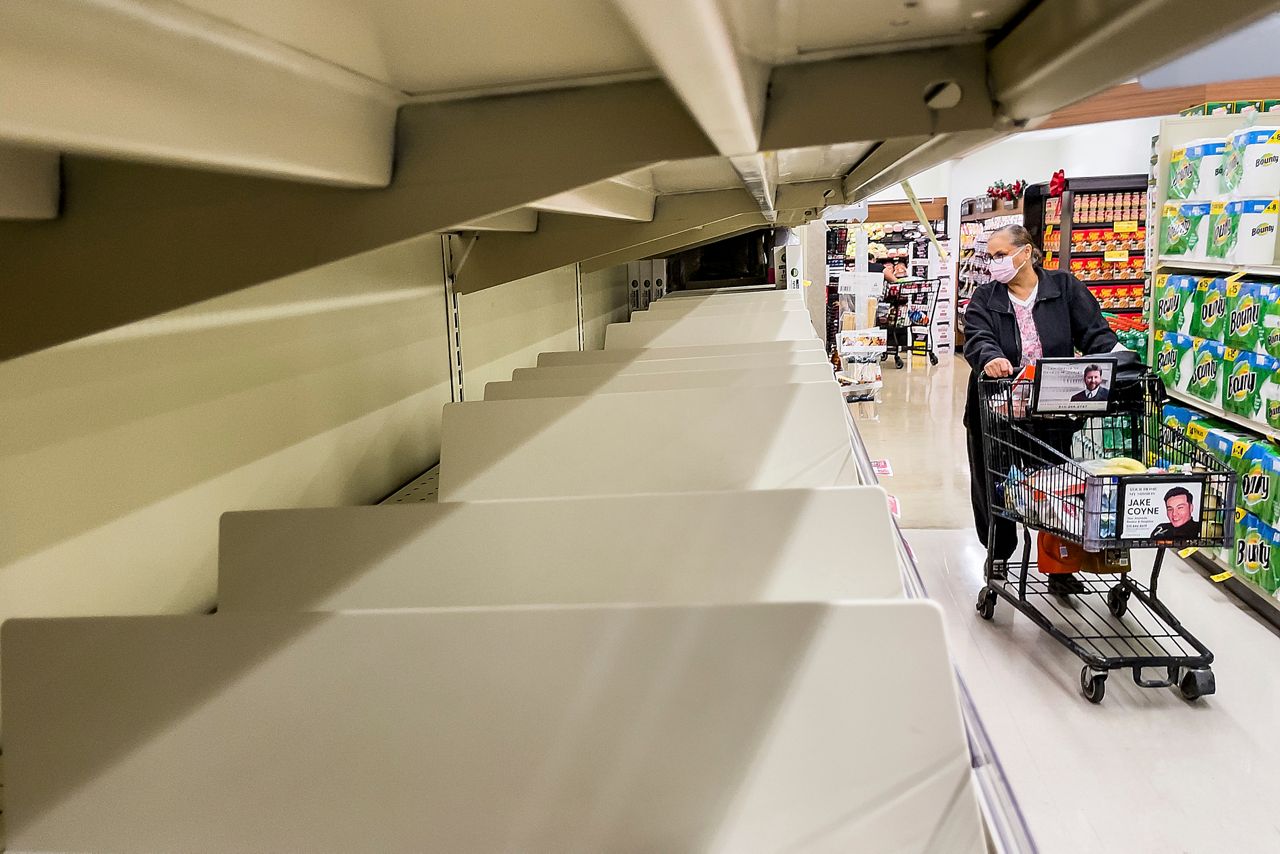 Speaking to Spectrum News at Good Foods Market in Washington, D.C., one shopper, Mary Jackson, said her family’s Thanksgiving dinner will look a little different this year than in previous years.

“We’re not doing a turkey this year,” said Jackson, who plans to help her sister host their extended family, including her nine grandchildren, for Thanksgiving this year. “Turkey is very, very expensive," she said.

“By the time you spend so much on food and groceries," she added, "you probably don’t have food you can afford for the next month."

Unfortunately, experts say, there’s not much the federal government can do to ease the strain.

"We are kind of just stuck with it," Kevin Bergquist, a food and agribusiness consultant for Wells Fargo, told Spectrum News. "There’s labor shortages all over the place.

“[There’s] really nothing the White House can do,” he added. “They can’t just step in and say, ‘Hey, we need you guys to add another shift.' That’s not going to work."

“I’ve been in this business over 40 years myself, and at no time have I ever seen supply be as difficult as it’s been in the last 18 months,” Tim Forth, president of Food Fair grocery in West Virginia, told WSAZ.

But for Jackson, the secret to a good Thanksgiving is more than what is on the menu. Instead, she said, it’s about being with the ones you love.

“You’re talking about nieces, nephews, great nieces and nephews, grandkids, great grandkids, and a lot of children, family members and friends as well,” she said.