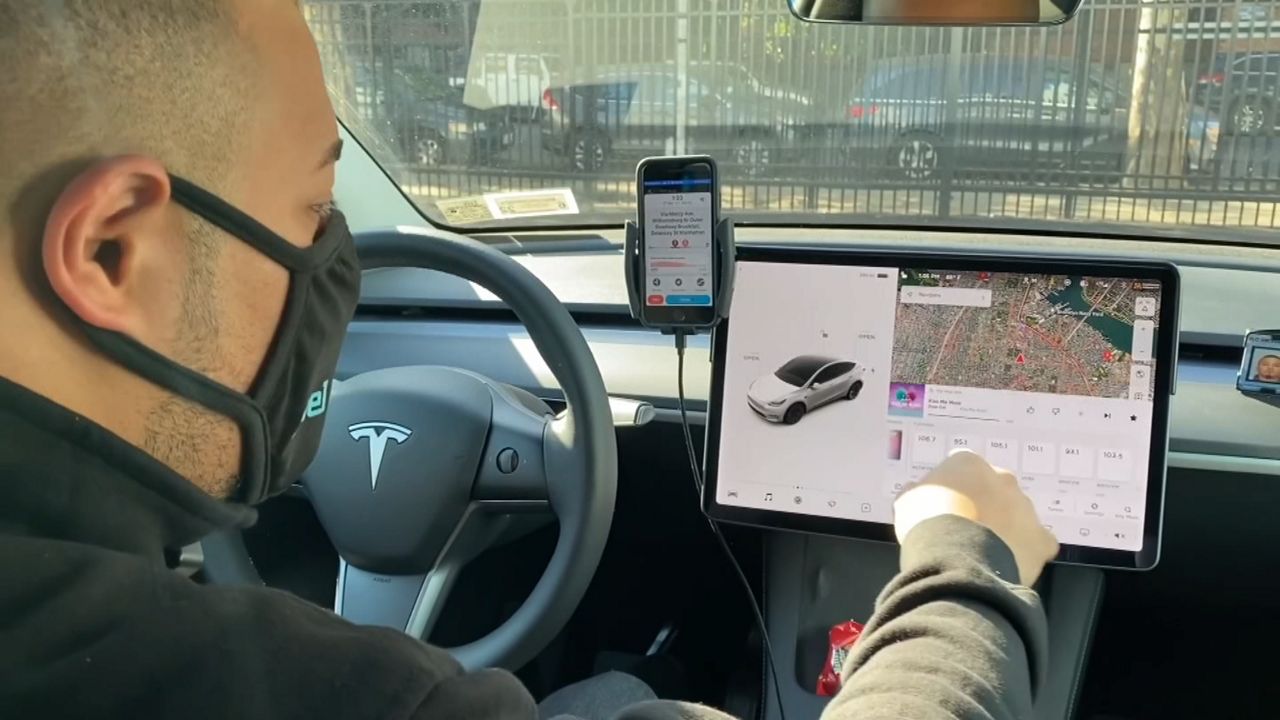 Yahia Adbelghaffar spends his time behind the wheel of a Tesla Model Y, a car he said is "pretty cool."

Plus, there's no pain at the gas pump — "great for my wallet," he said.

But he doesn't own it. Revel, the electric moped operator-turned-taxi-service, does.


His passengers, he said, "they love riding in a Tesla."

Abdelghaffar has been a professional driver for nearly five years, first as an independent contractor for the major e-hail apps and now as a full-time employee with Revel, which hires its drivers and guarantees a minimum of $18 an hour, a novelty in the taxi industry.

"Majority of the stress is taken off," Abdelghaffar said. "You get to ride in a Tesla, you know? It's a pretty cool experience."

Revel's taxis make pick-ups and drop-offs in Manhattan, up to 72nd Street, as well as drop-offs at JFK and LaGuardia airports.

According to data from the Taxi and Limousine Commission (TLC), Revel dispatched 5,189 trips in August. The company says in three months since its August launch, it's had more than 39,000 rides and as many as 800 trips in a day.

Revel's fleet of 50 Teslas get charged and stored in Brooklyn.

But a new city policy is a roadblock on Revel's ability to increase its fleet.

To stop the proliferation of Ubers and Lyfts, the city put a cap on them with an exception for electric vehicles. That's how Revel started its service.

But before the launch, the city changed the rules, stopping companies like Revel from adding more electric taxis to their fleets.

At the time, the TLC chair said banning new licenses for electric vehicles prevents an unlimited number of new taxis on the road. But a former TLC chair calls that an overreaction.

"There's no reason it needs to be an all or nothing proposition," Matt Daus, former chairman of the Taxi and Limousine Commission, said. "Revel has a great business model, right? They're employing drivers, they own the vehicles, they're clean vehicles. They're building infrastructure, why not monitor their growth if a growth is concern?"

Abdelghaffar hopes one day Revel can expand with trips to other boroughs.

"It's not just another taxi you're getting into," he said.