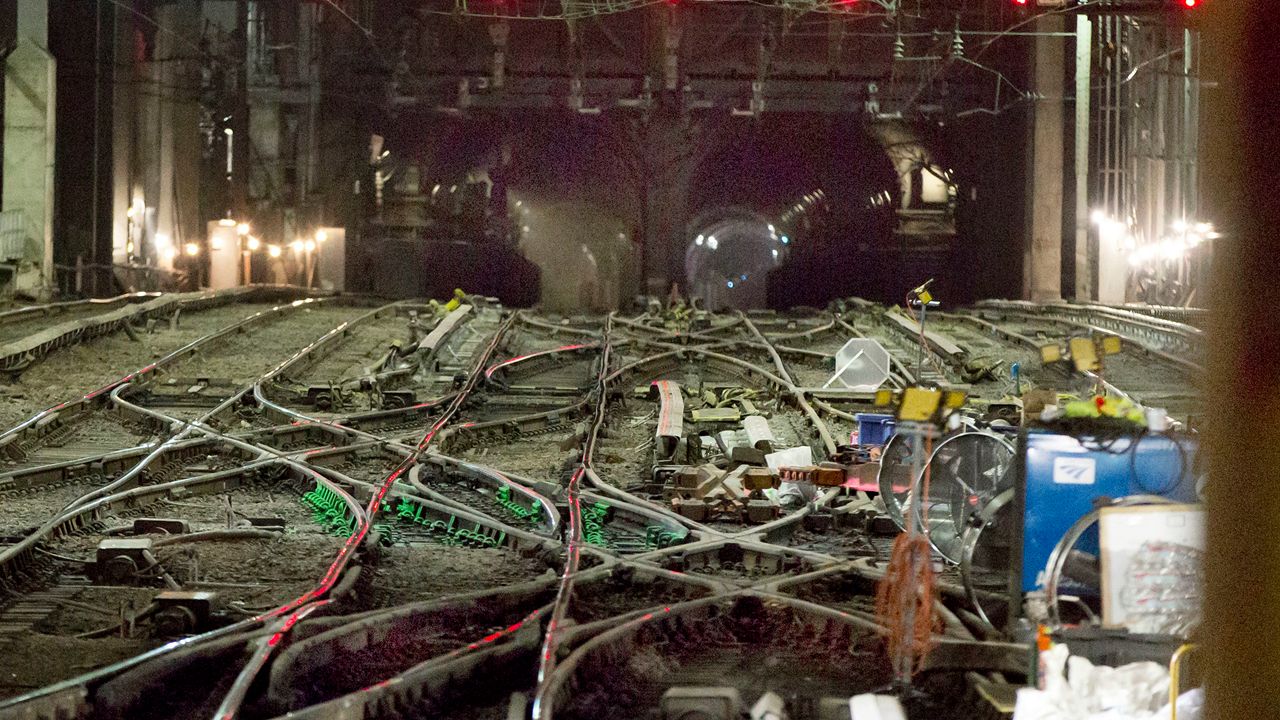 In New York and New Jersey, the Gateway Program has bipartisan support.

But in Washington, the multibillion-dollar expansion of the Northeast Corridor rail lines has long been a victim of political gamesmanship.

“Donald Trump has held Gateway hostage for four years," Senate Minority Leader Chuck Schumer told reporters Monday at Hudson Yards. "We are saying 'free Gateway' now. And with the election of Joe Biden, that can happen.”

Schumer noted that, after all, some of the funding has already been appropriated. But he’ll soon soon have a fellow Democrat in the White House, one nicknamed “Amtrak Joe” at that.

“We as the New York delegation are going to do everything we can to make sure it’s signed quickly, the statement allowing Gateway to move forward," Schumer said. "And I have no doubt that President Biden and whomever is his secretary of transportation will sign the paper and we will get it done.”

Schumer says he spoke Friday with the president-elect.

The nonprofit Gateway Program Development Corporation, which coordinates with stakeholders, including Amtrak and the Port Authority of New York and New Jersey, was also hopeful.

It said Gateway provides jobs, improves transit capacity and is crucial to the local and national economy.

Its spokesman said, “President-elect Biden has prioritized infrastructure and committed to the Hudson Tunnel project specifically, which is good news.”

Advancing the massive project would take what Schumer termed a flick of the pen: the signing of an environmental impact statement by Trump-appointed Transportation Secretary Elaine Chao.

Speaking in February before a House panel, Chao suggested a faster fix to the Hudson River tunnels.

“So beginning rehab work in the near-term is the right move," she said. "And not waiting years for the construction of a new tunnel beforehand.”

The Federal Railroad Administration tells NY1 that Gateway is a suite of projects that requires much more than one stroke of a pen, and an environmental impact statement involves many stakeholders and technical and legal considerations.

A spokesman says, “The department does not favor or disfavor projects based on politics or personalities.”

The fate of major infrastructure projects like this one depend not just on who’s in the White House but who controls the Senate. Schumer is hoping that two runoff elections in Georgia in January will mean two more Democrats in his chamber and Democratic control of the Senate.