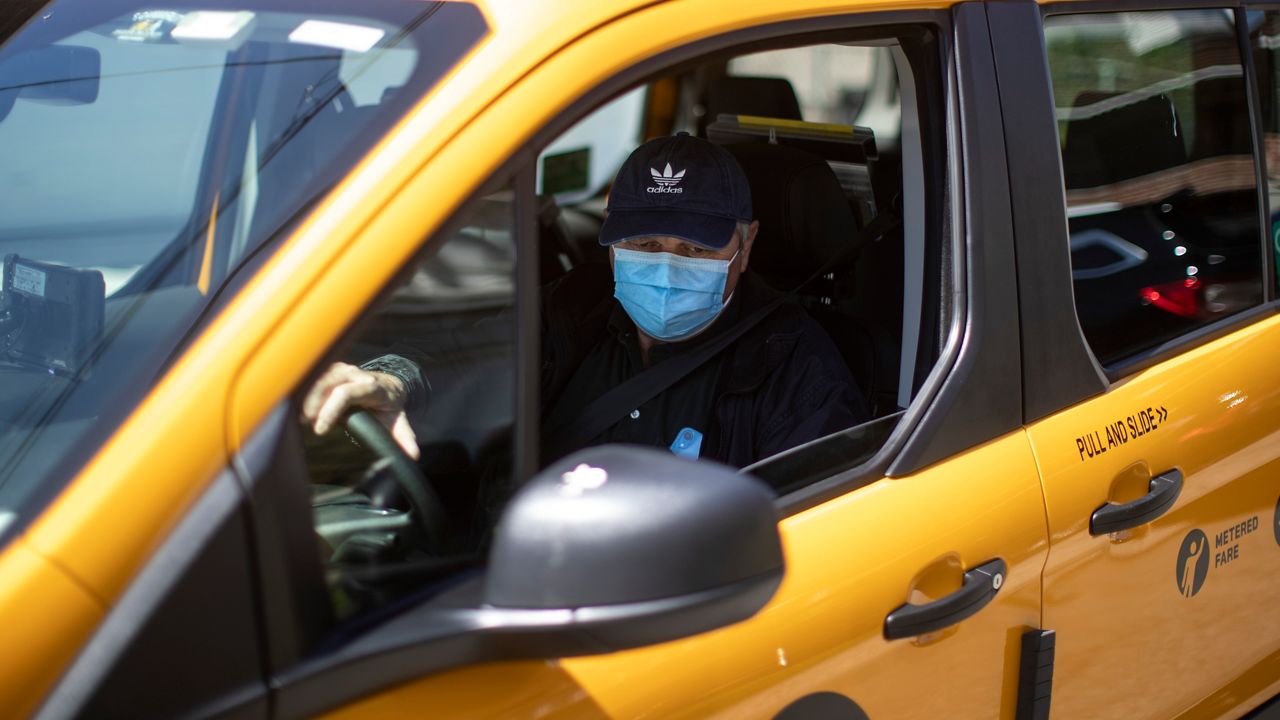 Amnesty Sought for Essential Workers to Avoid Most Parking Violations

The city’s taxi drivers are making a major push to get some relief from the Mayor and City Council as they struggle to pay their bills.

One of the more unusual requests, however, has them seeking amnesty from having to pay fines for most parking violations.

“I don’t make money right now,” said Octavio Garcia, a taxi driver from Corona, Queens. “I don’t have money. So it’s very hard for me to pay a ticket right now.”

Garcia tells NY1 he has received several parking tickets since the coronavirus sent the city's economy and the taxi business reeling.

Garcia says the $300 to $400 that he’s been making each week leaves him struggling to pay for rent, food and other expenses, let alone parking tickets.

“I have to pay insure the car, I have to buy gas for the car,” Garcia said. “It’s too much right now."

He’s not alone in his desperation.

Taxi drivers with the city’s Taxi Workers Alliance rallied outside Gracie Mansion Friday where chants of “Debt forgiveness now!” could be heard.

The drivers were hoping Mayor Bill de Blasio would notice them and dismiss their city debts, so they are better able to endure through this economic downturn.

The Taxi Workers Alliance says the city should grant the drivers amnesty from having to pay parking violations incurred between mid-March and late September.

“I feel they were essential workers,” said City Councilman Ydanis Rodriguez, who chairs the Transportation Committee and introduced the bill. The bill seeks to absolve essential workers from having to pay fines for any parking tickets during that time frame, with exception of violations that involved hydrants, bus stops and bus lanes.

But the de Blasio administration is opposing the idea.

“We have a concern about sending a message out that it’s ok to violate parking regulations,” said Joshua Benson, Deputy Commissioner of Traffic Operations for NYC Department of Transportation.

At a City Council Transportation Committee hearing Friday, Benson said forgiving fines for double parking and other violations minimizes the DOT’s commitment to safety and other transportation goals.

“That would work against many of the other essential workers who are counting on us to enforce those regulations so they can get to work safely,” Benson said.