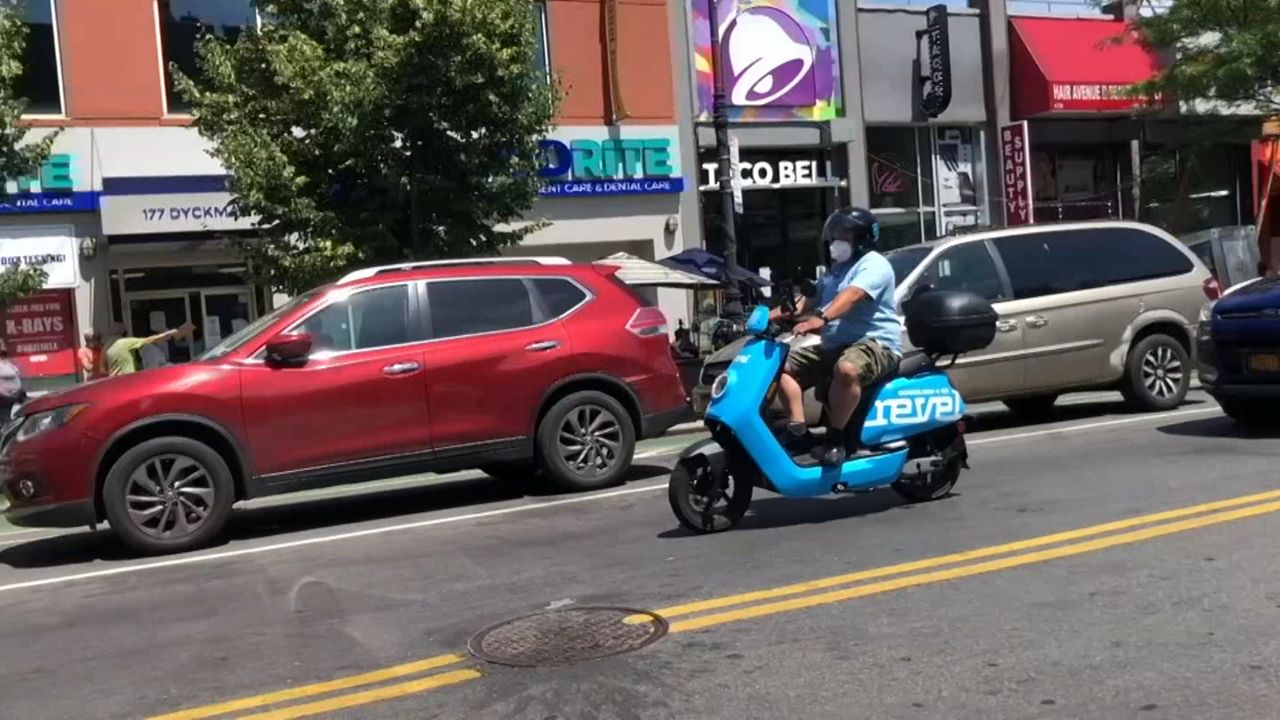 Revel Mopeds Attract New Yorkers On The Go, and Lawsuits

NEW YORK - John Ruiz says he knows how to handle a motorbike. He rode scooters as a teen and once owned a motorcycle.

But last September, while riding an electric moped in Brooklyn, he says he crashed and broke a leg after braking to avoid a jaywalker.

The motorbike belonged to Revel, which rents the mopeds for 35 cents a minute to anyone with a driver’s license and a $5 registration fee.

"My take on it was, if it was available on the app, it should have been properly functioning, which it wasn't. It was beat up," Ruiz said.

Ruiz is suing Revel, among others, alleging the "moped was not properly maintained including but not limited to that its tires were balding and needed replacement and the brakes were not properly working."

The suit does not detail what allegedly was wrong with the brakes.

“I have three metal plates and 21 screws in my leg for life," Ruiz said.

Revel brought its scooter-sharing app to Brooklyn two years ago and expanded to Queens, Manhattan, and the Bronx.

Revel scooters, and mopeds in general, have become increasingly popular, especially this summer. Some see them as a better way to get around in a pandemic than in the closed confines of a bus, the subway or an Uber.

But the increase in moped use has brought an increase in moped accidents. Last weekend, a Channel 2 reporter riding on a Revel fell to her death. Police said she was not wearing a helmet, as required by the company.

Flanzig represents four clients with lawsuits against Revel. They are among 12 cases in the city brought by users who claimed the scooters malfunctioned or by people who claim they were injured by Revel riders driving them unsafely.

"There's a huge learning curve with using this particular vehicle," Flanzig said. "To learn on a New York City street first, starting in Brooklyn and Queens then moving into Manhattan, that’s not the place to learn how to ride something like this."

A Revel spokeswoman declined to comment on specific cases, but said, "Revel has strict safety policies in place, developed in adherence with all local and national regulations."

"All Revel vehicles are inspected by trained mechanics before they are allowed on the road," Revel spokeswoman Mary Whitlock said.

Revel users are supposed to watch a short instructional video. They also have the option of taking a 30-minute, in-person lesson.

Lawyers with cases against Revel do not say the law requires the company to do more, but they say what the company is doing is not enough

"I do think Revel has a duty to spend a lot of time informing the public, training them, making people who don't know how to ride motorcycles or mopeds, have no experience, making them take online training classes," said Ruiz's attorney, Natascia Ayers.