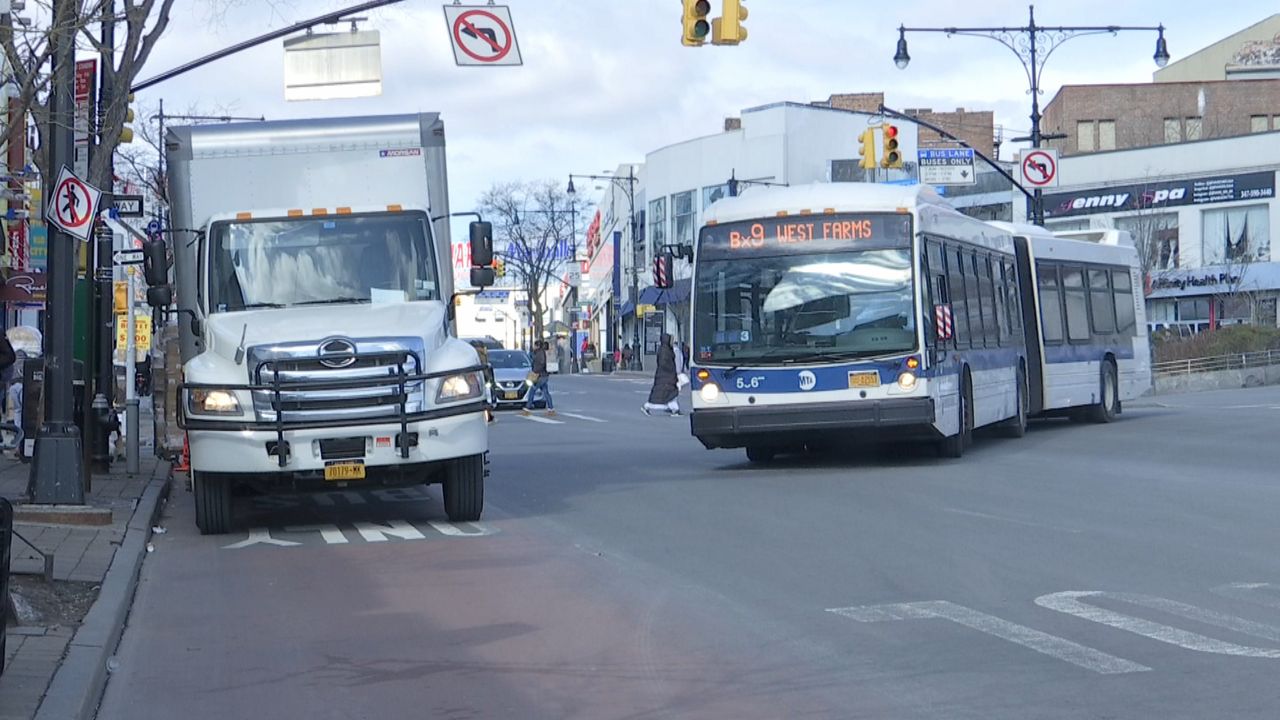 Mayor Bill de Blasio said Thursday that the NYPD will begin to crack down on vehicles illegally parked in bus lanes. But the city may have to end up cracking down on itself, because some of the worst offenders are municipal employees, or people who claim they work for the city.

The mayor says he is trying to turn things around by having seven new police tow truck teams fan out across the city to ensure bus lanes are kept clear for buses.

"2.5 million bus riders every day. We owe it to them to speed up bus service," de Blasio said at his news conference announcing the crackdown. "The plan we are talking about today is projected to increase speed of our buses by 25 percent over the next two years so that New Yorkers can get where they need to go."

But a big part of the problem seems to be city workers, or people with official or official-looking parking placards, parking in bus lanes. The anonymous "Placard Corruption" Twitter account posted a photo of a car with a placard blocking a bike lane that it said was taken after the mayor's news conference.

Didn't @BilldeBlasio say some something or other about bus lanes today?

This afternoon it still didn't apply to this car with an expired registration using an even more expired @NYPDnews placard.#placardcorruption pic.twitter.com/QaPBROfEpc

"Our public employees have to pay attention or there will be consequences," the mayor said. "It's as simple as that."

De Blasio said he will have a plan to address parking placard abuse in February.

BICYCLISTS WANT THEIR LANES CLEARED, TOO

Bike riders, meanwhile, are calling for the mayor's crackdown on bus lane-blockers to apply to bike lanes as well.

But City Hall said bike lanes are not part of the plan. "This is about bus lanes. There is lots of enforcement also for bike lanes, but right now we are talking about a part of our mass transit system that needs real help," de Blasio said.

The mayor says there are far more bus riders than bike riders in the city. But as bike riders note, a car blocking a bike path could force a bike rider to swerve into traffic, creating a dangerous situation for bike riders and drivers alike.

If the Mayor is interested in truly achieving #VisionZero, he should be interested in this enforcement in bike lanes. It’s not just an inconvenience — bikers die when cars illegally park and idle in bike lanes. And we need to be thinking about our transit system comprehensively. https://t.co/7fLAvPgVGe