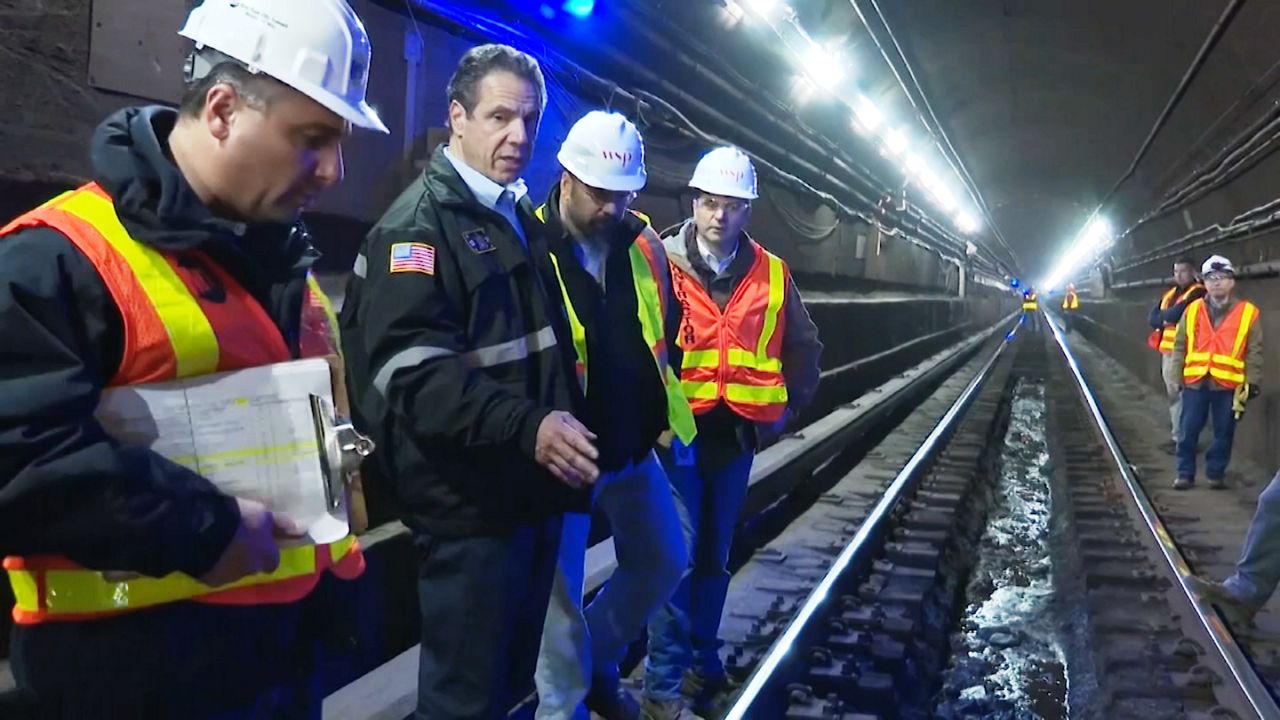 Since he announced the new L train rehabilitation plan Thursday, Gov. Andrew Cuomo has had to walk a tightrope.

While he frames the plan as a major technological breakthrough, he also insists the method is proven.

"It's not experimental. It has been used before in tunnels in Europe," Cuomo said in a conference call with reporters Friday. "Remarkably, we can't find tunnels in the United States that have done it."

"This is technology that is known to the MTA," Michael Horodniceanu said.

Horodniceanu was in charge of all major MTA projects from 2008 to 2017 as president of MTA Capital Construction.

The technology he referenced is a type of reinforced fiber he said has been used on tunnel walls. Under Cuomo's plan, that fiber would be used to patch the concrete benchwalls inside the L train tunnel, which were damaged by Hurricane Sandy floodwaters. The electrical cables inside the benchwall would be abandoned, and new fireproofed cables mounted along the tunnel wall. The MTA's previous plan called for completely demolishing and replacing the benchwall, which Horodniceanu said would have given the structure a longer life cycle.

"Clearly, rebuilding it totally, it will enhance the life, more than if you just fix it," Horodniceanu said.

But Cuomo suggested the old plan reflected a failure of imagination. "The fact that we have never done it before winds up being an answer in and of itself," the governor said. "Well, it shouldn't be. You should innovate. Ah, innovation is risky."

On that point, Horodniceanu agreed. Too often, he said, government agencies are risk-averse when it comes to new projects.

"So if they have something that works, they say, 'Let's keep it that way, because it works,'" Horodniceanu said. "Now, is it right? Probably not. You have to always push the envelope."

And if pushing the envelope in this case achieves the same goal and averts a tunnel shutdown, just about everyone agrees it will prove to have been the right approach.