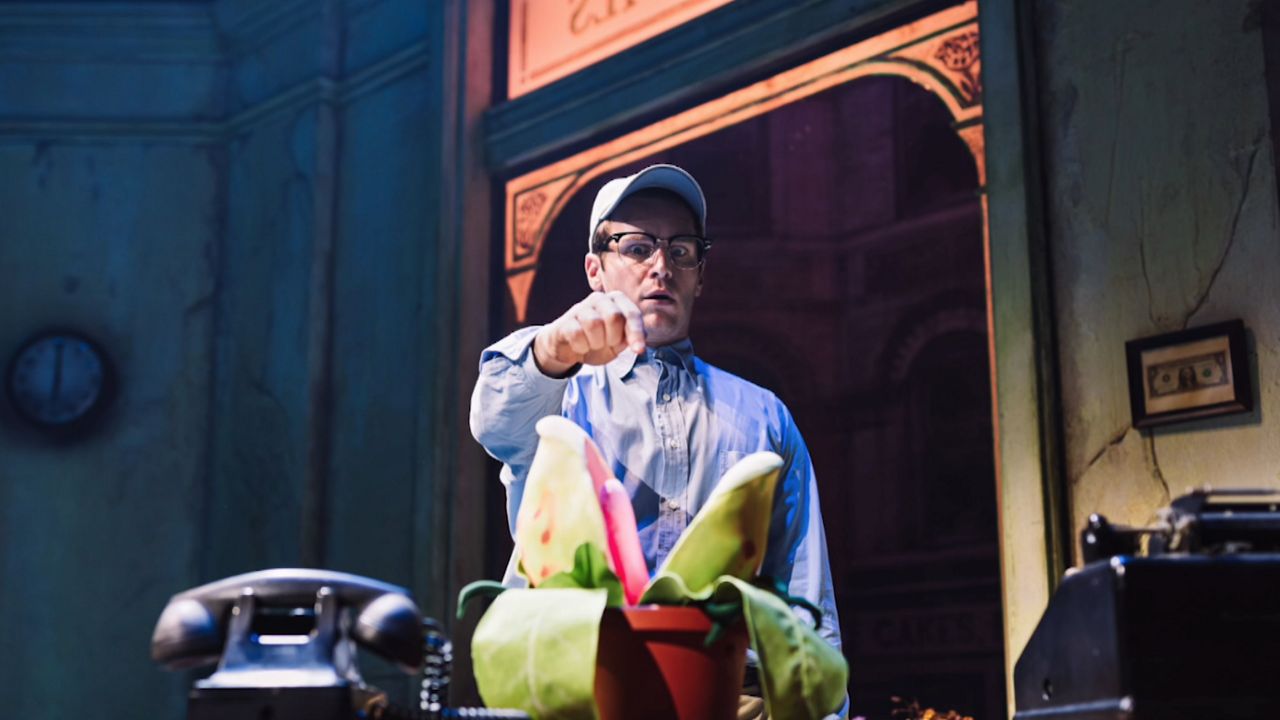 Ever since it premiered in 1982, “Little Shop of Horrors” has scared up legions of fans. The sci-fi musical comedy by the legendary team of Howard Ashman and Alan Menken is likely performed somewhere in the world at any given time. But if you think you've seen it all before, get yourself over to the Westside Theatre and drink in its sweet campy charms one more time. This "Little Shop" is to die for!

The story of a mysterious, blood thirsty plant that nefariously breathes life into a failing skid row flower shop is a cautionary tale about greed and over-reach. Props to the puppet design team that turned it into a man-eater before our eyes. But the show’s thrills owe much to Ashman and Menken's catchy, clever score featuring 1950's doowop inflected tunes. And it’s all enlivened by a terrific trio of young so-called urchins wailing with supreme attitude.

The secret to this production's success, though, is Michael Mayer's boffo staging. It's as though he directed with a magnifying glass, amplifying all the best parts. Of course, it helps to have a company this gifted.

What may seem like miscasting with the hunky Groff as the meekly innocuous Seymour was a stroke of genius. He's both endearing and dreamy, which adds a deeper dimension to his romantic pairing with Tammy Blanchard’s Audrey. And if she seemed to struggle with some of the high notes, it only added to her vulnerable take on the role of the good-hearted masochist. Channeling Judy Holliday, her soulful pining for a decent home somewhere that’s green was wrenching.

And then there's Christian Borle, hilariously inspired as the nasty nitrous oxide snorting Oren Scrivello DDS. But that's far from all. Playing multiple roles, he distinguished each one with such particular virtuosity that he steals practically every scene he’s in. It’s a master class in comedy performance and if you see it just for him, you got your money’s worth.

The cozy venue upstairs at the Westside Theatre is perfectly suited to this hugely entertaining little show. I expect it to be planted there for many months, if not years, to come.