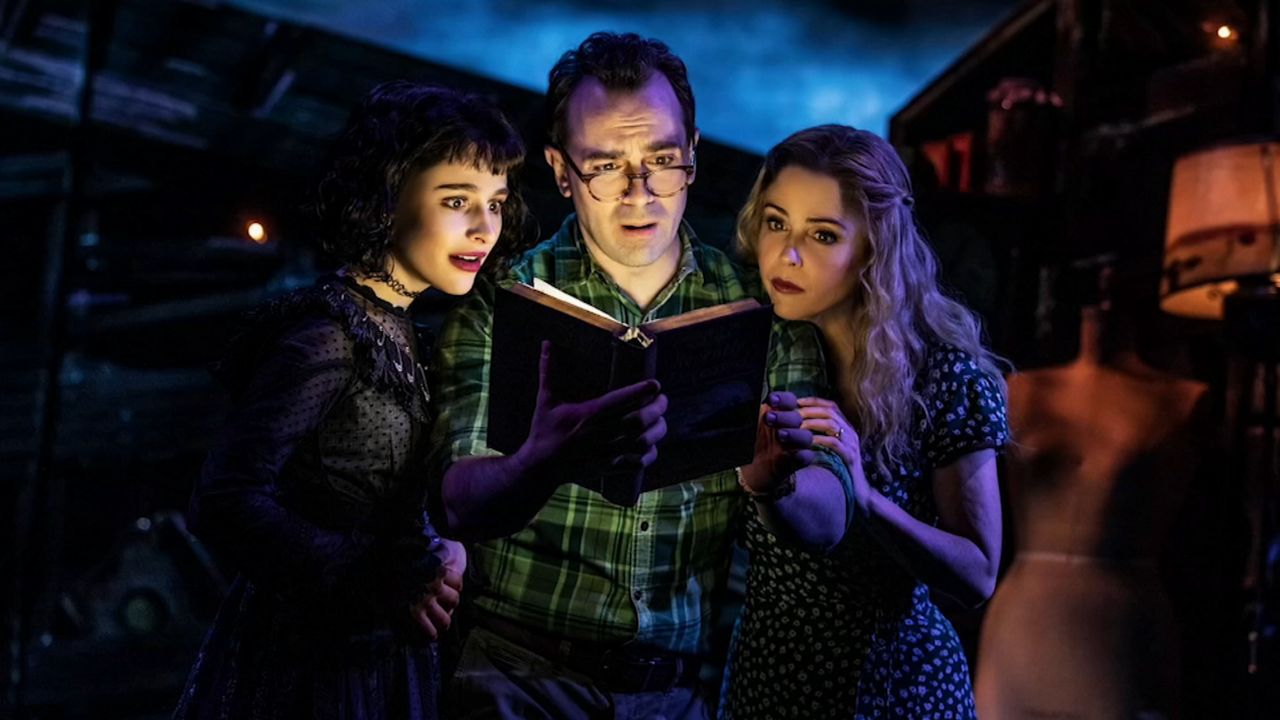 If you're a fan of the film, take note - they messed with the plot.  The vibe's the same though. “Beetlejuice” on Broadway bombards you with manic energy and Alex Brightman, leading a boffo cast certainly fills the bill. But if it seems like the show goes overboard, beating us to death with antic irreverence, well, that just may be the plan.

This is, as we're told over and over again, a show about death. But "Beetlejuice" has never made much sense. The wildly imaginative film was more of a vehicle for Michael Keaton to play a menacing ghost who revels in making subversive mischief.

In the convoluted story adapted by book writers Scott Brown and Anthony King, Lydia, the part played in the film by Wynona Ryder, is in deep mourning for her recently deceased mom.

She also hates that her father has hooked up with a kooky life coach named Delia and they've moved into a new house which turns out to be haunted by its former owners. This is where the show's storyline meshes with the movie.

The sublime Rob McClure and Kerry Butler are charmingly effervescent as the unthreatening Maitlands. New to the haunting business, they seek the help of the demon poltergeist Beetlejuice to take back their house.

Besides channeling Keaton's off-the-wall lunacy, Alex Brightman adopts his gravelly voice, even maintaining it while singing, and he kills in the part!

For young Sophia Anne Caruso, how daunting to co-star in a musical comedy while having to sing serious ballads pining for a dead mother.  But at 17 years of age, she has the poise and talent of a seasoned veteran.

The score by Eddie Perfect isn't exactly perfect but it's plenty jaunty, though "The Banana Boat Song" and "Shake Senora" from the film are the show's musical highlights.

Director Alex Timbers matches film director Tim Burton's ceaseless creativity. Obviously the challenge was on having to compete with all the filmic effects, and thanks to scenic designer David Korins and the special effects creators, the imagery is truly dazzling.

Besides Beetlejuice, the showcase character is Leslie Kritzer's ditzy Delia, and she utterly slays us with this off-the-wall performance.

For all the talent here, the show suffers from sensory overload. Then again, that may be just the way "diehard" fans prefer it.