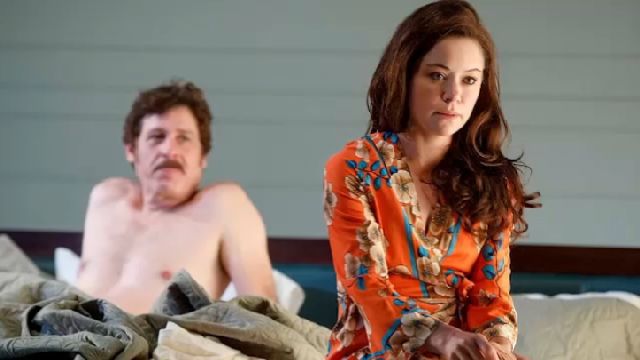 The multi-talented playwright Tracy Letts, famed for penning the Pulitzer Prize winning “August Osage County" returns to the New York stage with his new play "Mary Page Marlowe". It's a compelling, if not entirely successful portrait of an unremarkable woman played by some very remarkable actresses.

The play spans Mary Page’s life from infancy to old age but it’s told through 11 scenes that jump back and forth in time.

The first glimpse of Mary reveals her at age 40 explaining to her two children how her impending divorce is going to change their lives.   Next we see Mary the college student with dreams of travel and independence. But that’s the happiest she’ll ever be as each subsequent scene delves into Mary’s troubled psyche - family dysfunction, addiction and tragedy are all forces that shape her chronic disappointment.

Each scene is beautifully written and almost self-contained, depicting formative chapters in Mary’s life. And while the play is structurally disjointed, Lila Neugebauer’s sensitive and stream-lined direction provides welcome clarity…at least up to the final scene.

That last scene is a head-scratcher and left me wondering what Letts was getting at with the play other than to tell the painfully honest story of a woman who’d somehow lost control of her life.

The fine 18 member cast is led by the six Mary’s. Blair Brown in three scenes is, as always, a natural wonder on the stage. Tatiana Maslany, the Emmy winning star of "Orphan Black" is making an impressive Off-Broadway debut. Susan Pourfar is wonderfully nuanced as a well-intentioned mom in a downward spiral. And Kelly Overbey and David Aaron Baker, in their one scene, provide the cathartic gut-punch as Mary Page finally hits rock bottom.

Fans of "August Osage County" may be disappointed with this one. "Mary Page Marlowe” is a much more subtle drama, lacking the wild humor and tonal shifts that made "August Osage..." such a favorite. But it is a work that demands your attention and, ultimately, self-reflection.