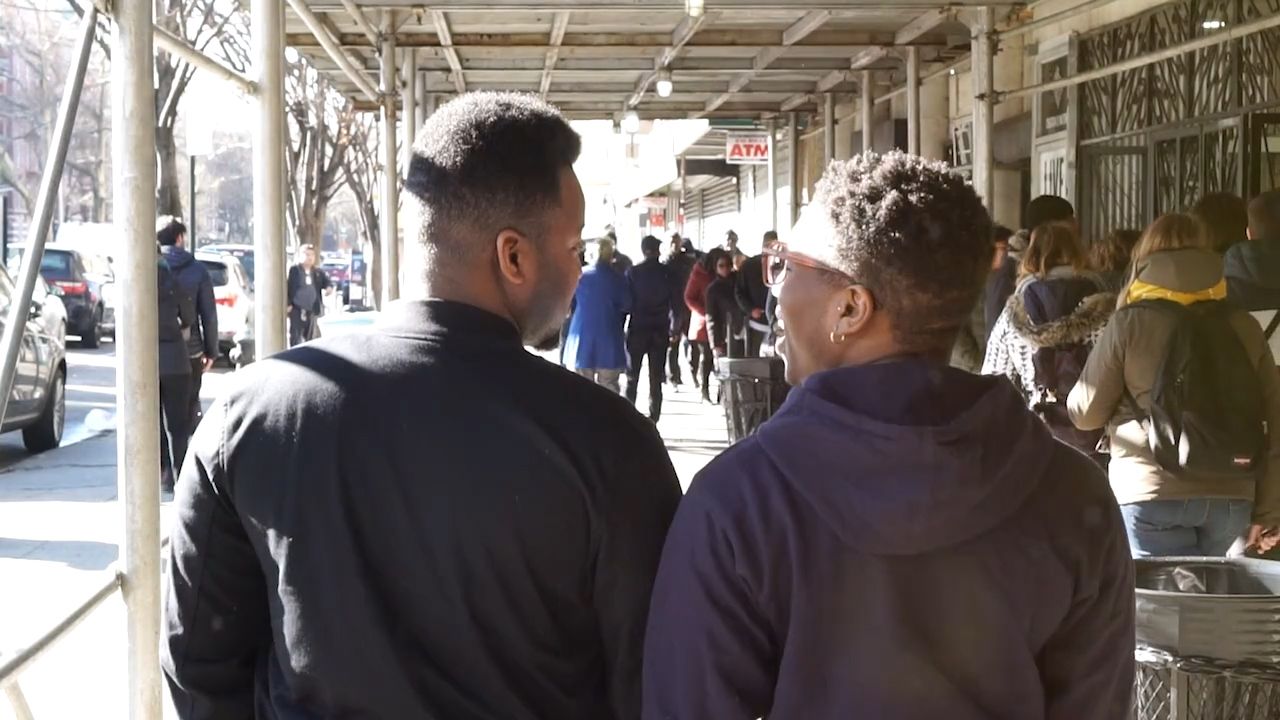 This story is part of NY1's initiative, “Street Level,” which explores New York City through the history and culture of its streets and the people who live there. You can find more street level content here.

“I remember the first time Maxwell held my hand as we were walking into church, and I was scared as hell,” said 29-year old Neville Green, who attends First Corinthian Baptist Church in the heart of Harlem.

“As I gripped his hand, I let that fear go. And we proudly held hands walking into the church.”

Neville and his partner Maxwell Waterman never thought they would experience such a moment. Both grew up deeply religious, attending church every Sunday. But when each of them came out as gay, both realized they didn’t feel at home anymore in the spiritual homes that shaped their lives. 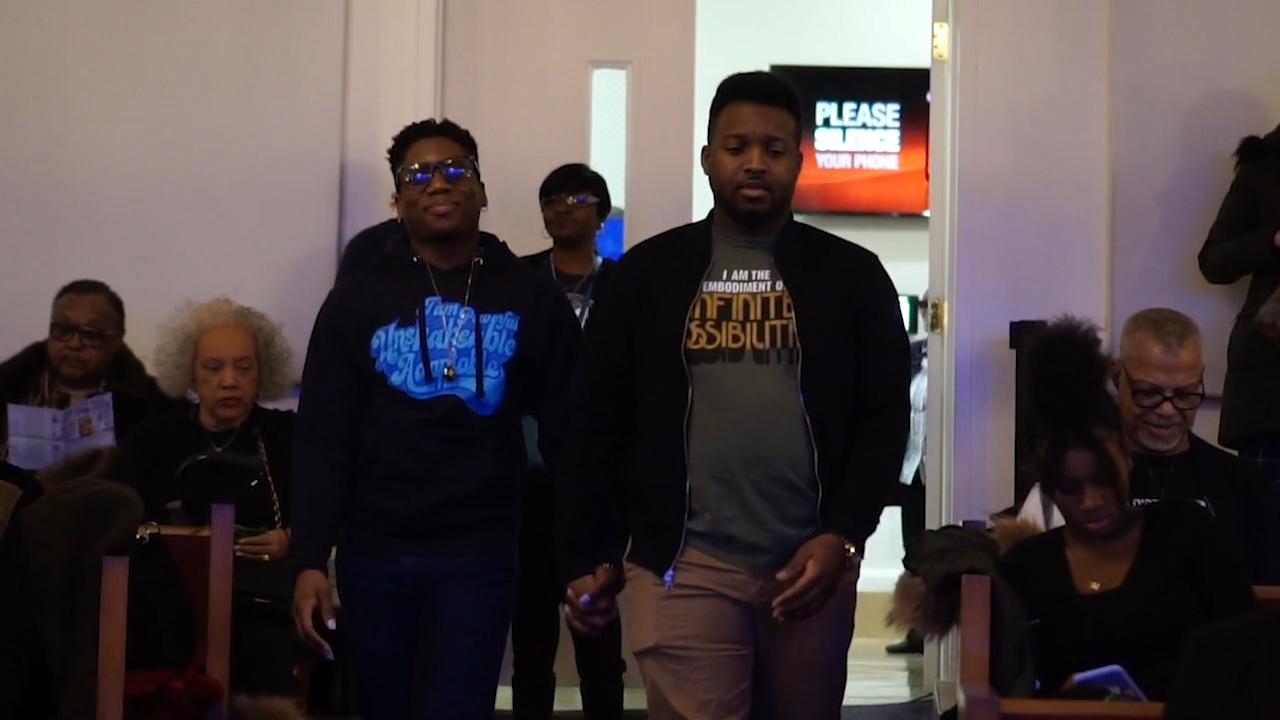 Growing up, Neville served as a leader in church. “I was a youth elder and I preached in the church,” he said. But when he was a teenager, he made the decision to step away.

“I knew I would not be able to come out authentically there,” Neville said. “So before I could go through the bashing or the shaming or anything like that, I left.”

“During my teenage years, I was going to a Pentecostal church, and funnily enough, I was also going to a Catholic high school. And in both places, I did not feel like I belonged at all,” Maxwell said.

This struggle is one many gay Christians face–and it can be especially complicated for members of the African American community.

“The black church is an important focal point of black life that had a larger than life role in people’s everyday existence,” said Michael Henry Adams, a historian who’s writing a book called “Homo Harlem: Lesbian and Gay Life in the African-American Cultural Capital, 1915-1995.”

“[Churches] function not only as a place to worship, but as a place for social gathering and serving from everything from daycare center to an employment agency to a dating app,” Adams added. 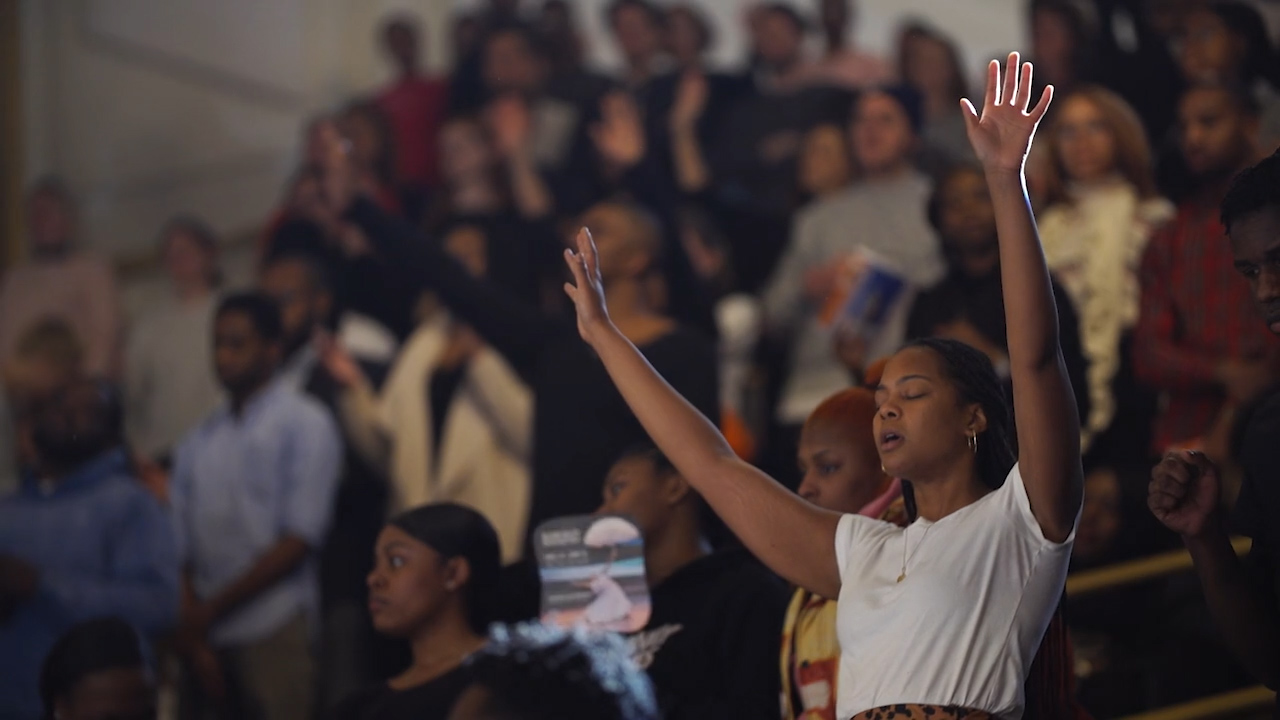 But black churches, like churches and religious institutions in other communities, haven’t always been accepting of LGBTQ people.

“The Church, officially, very much looked down on the very idea of homosexuality,” Adams said.

But there have been exceptions. During the Harlem Renaissance, St. Philip’s Church, an Episcopal church with a long history of serving as a refuge for LGBTQ people, attracted a number of gay congregants, and later, the Memorial Baptist Church performed same-sex weddings and funerals for gay people.

In some cases, black LGBTQ Christians used their faith to galvanize them, “to use the church as a vehicle to overcome oppression and to recognize their own worth and value as a child of God,” Adams said.

But in other cases, they simply left the church, and it could be painful to leave a place that, as Pastor Kyndra Frazier, the Executive Director of the Hope Center at First Corinthian Baptist Church puts it, “has been a safe haven throughout the centuries for African-American people.”

But these days, more churches are opening up their doors to the LGBTQ community, and many Christians, like Maxwell and Neville, are finding their way back to the pews. 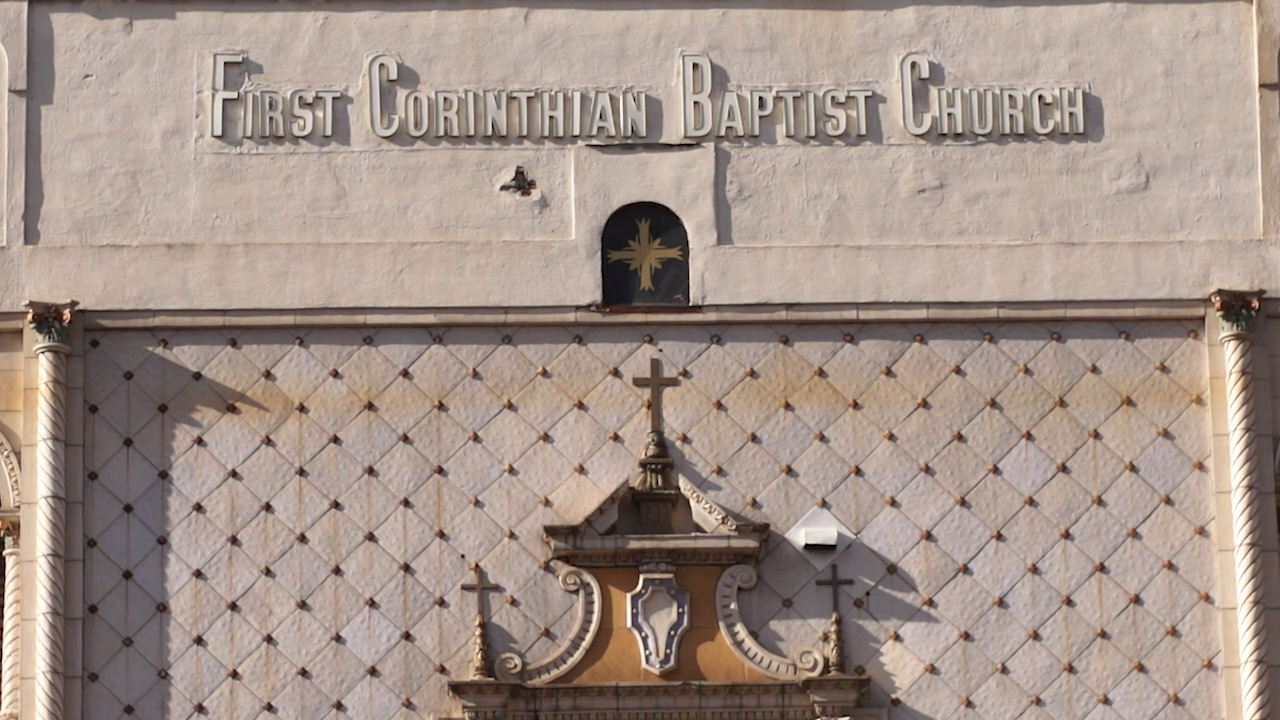 “Once we found out that we were both here at FCBC, it was just like, ‘OK this is amazing. Now I don’t have to work hard to see you on a Sunday because we’re going to church together,’” Neville said.

FCBC has stood in central Harlem for decades, and in more recent years,  has begun reaching out to LGBTQ people.

Michael Walrond, Jr, affectionately known as “Pastor Mike,” is the Senior Pastor at FCBC. He said, “One of the target groups we identified were people who had left the church because they had been damaged by the church, and in that group are people who are gay or queer. And they’ve found their way back here. They’ve found their way back here because they felt that love and affirmation.”

Pastor Mike and the other leaders at FCBC aim to establish a space where congregants don’t have to choose between faith and their LBGTQ identity.

Pastor Kyndra Frazier, like Maxwell and Neville, grew up in a church community, but didn’t always feel welcome.

“Somewhere along the line, I picked up that being gay and Christian was inappropriate, that there was something wrong about being attracted to women, that I would go to hell,” she said.

Pastor Kyndra sought out and found accepting church congregations, but what was often missing for her, she said, was the worship experience she was used to–one that she found at FCBC.

“For me, being able to come back to a black church that has a cultural worship experience where I feel connected to source and I feel more connected and community has just been helpful for my own peace of mind, my own practice of self care, and what it means for me to have a faith community that I feel like gets me, knows me, understands the challenges I may experience showing up in this world as a black woman who identifies as lesbian, as queer, as same-gender loving.”

“Literally it's a dream come true,” Maxwell said. “I'm pretty sure there were ancestors that were saying, I want there to be a change in society. Two young gay African-American, Afro-Caribbean men can walk into a black church and feel welcome.”

Maxwell hopes his and Neville’s presence in the pews inspires others who may be struggling with their LGBTQ identity: “the more we show up, because there's a power in showing up, I think some may say, huh, you know what? I’m now healing on purpose and evolving. And because I see that couple being themselves and being immersed in experience now, I can be my true authentic self.”