The Brooklyn Heights Promenade: A Monument to Civic Engagement

This story is the fourth installment of NY1’s new initiative, “Street Level,” which explores the city through the history and culture of specific streets and the people who live there. You can watch the full episode in the video above and learn more about the project here.

The New York City skyline as seen from the Brooklyn Heights Promenade is among the city’s most iconic views. The site may not be as well known as the Empire State Building, the Brooklyn Bridge or the Statue of Liberty, but standing on the Promenade, looking out over the water, you can see all three. For decades, the Promenade has been a fixture of Brooklyn Heights – both a rare strip of tranquility in the middle of the urban cacophony and a physical barrier separating a gentile neighborhood from the rush of the cars below. 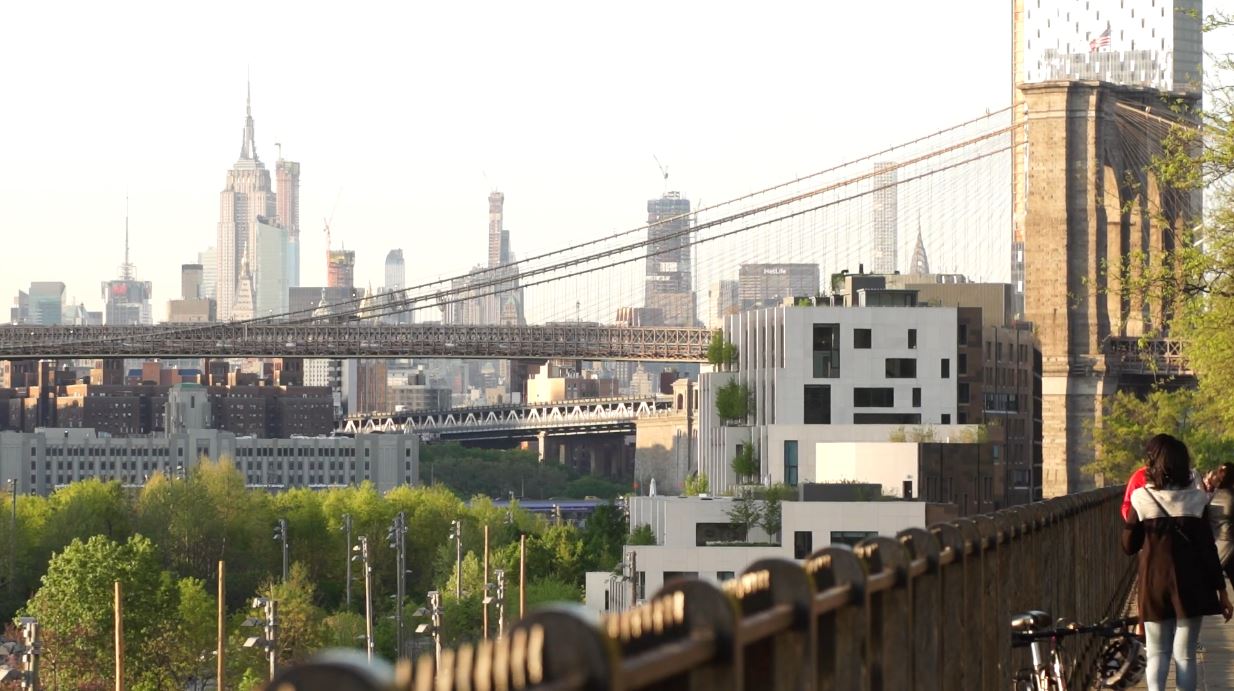 Walking the Promenade today, it’s difficult to imagine that this serene spot was once in danger of becoming a highway. But the walkway’s very existence is a testament to the power of civic engagement – proof of what is possible when a community speaks up. Now, as the Promenade faces another existential threat, those who love it are working hard to save it from being shut down for years of construction. We spoke with some of the most passionate advocates about their visions for the future and their ongoing efforts to find a better way of repairing the beloved landmark.

Long before the Promenade was constructed, the bluff of Brooklyn Heights, with its pristine views of the East River, attracted an elite class of merchants, wealthy landowners, and other members of high society. They built their homes in the Heights, high above the docks and warehouses below. From their grand gardens they could enjoy the unobstructed scenic views of the river. 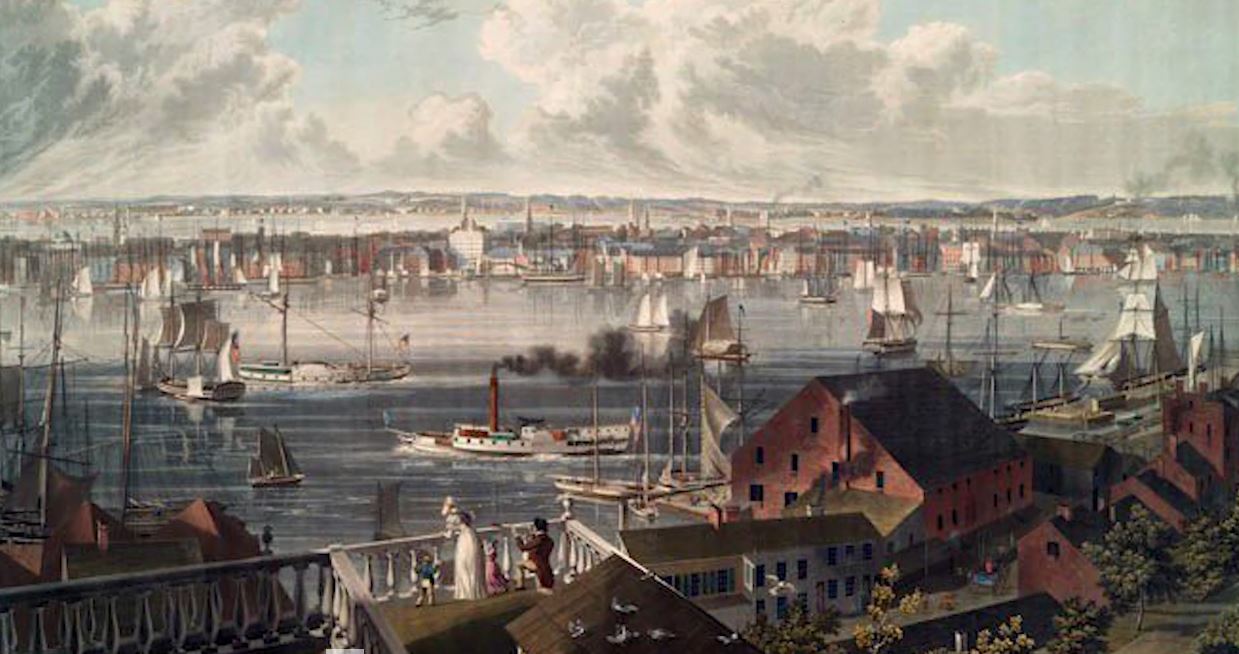 The city’s rapid growth in the mid-nineteenth century reshaped Brooklyn Heights. Estates gave way to high-priced brownstones. Farmland was paved over to create sidewalks and roads. But the private gardens along the bluff remained. For the fortunate few, the gardens were a cherished treasure – offering a panoramic view of the city reserved only for those who could afford to pay for it.

You don’t have to look too deep to find reminders of the neighborhood’s history –  names like Robert Fulton and Hezekiah Beers Pierrepont still adorn the street signs. In 1910, the community founded the Brooklyn Heights Association, an organization dedicated to preserving the neighborhood and protecting the interests of its residents. The people of Brooklyn Heights had money, but more than that, they had influence. It was this influence that would ultimately lead to the creation of the Promenade. 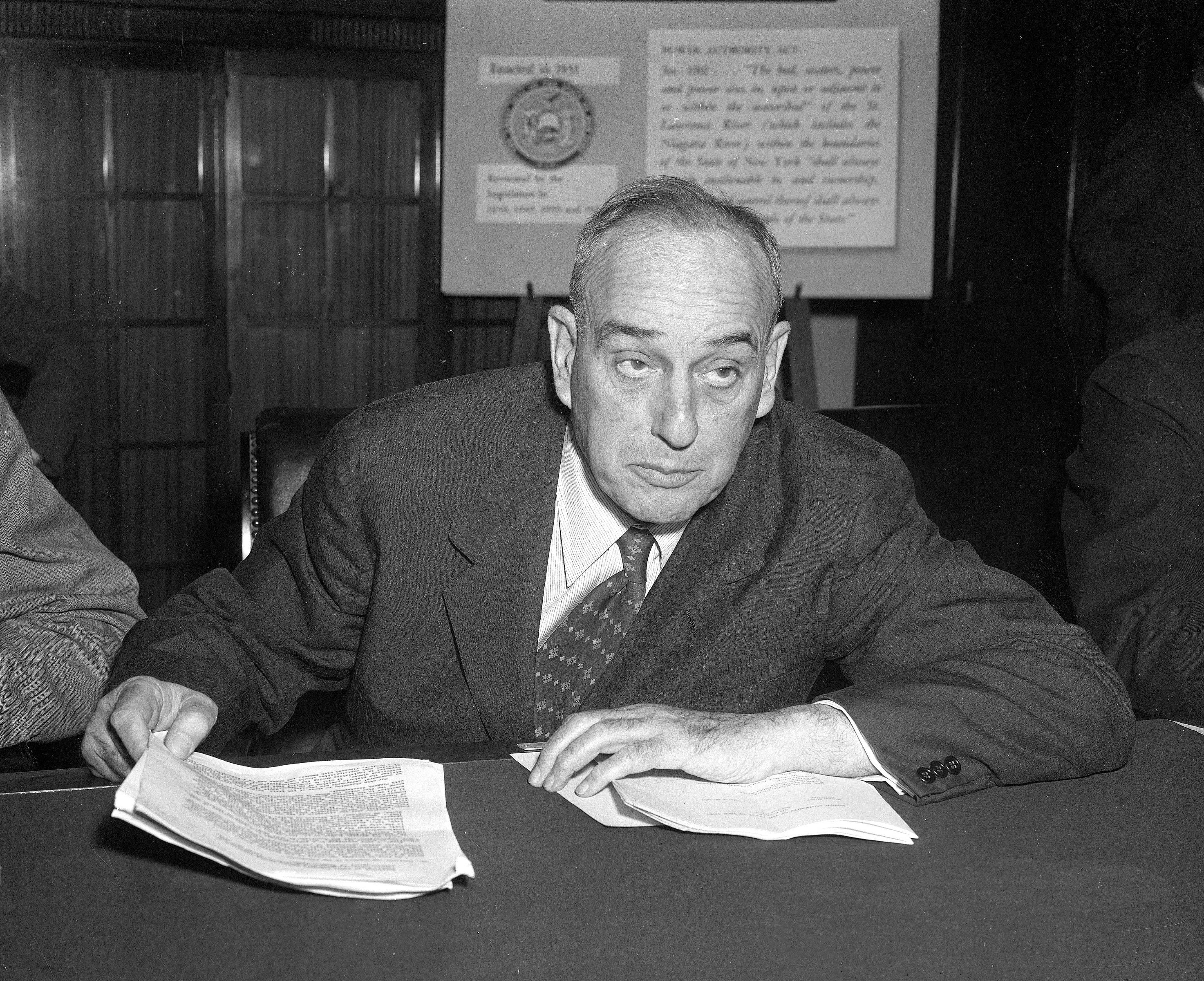 By the 1940s, the landscape of the city was rapidly changing to accommodate a growing demand for more roads. The architect behind many of the changes was a man named Robert Moses, a titan of infrastructure and development with a vision for a vast system of highways across New York – a vision he would stop at nothing to achieve.

Moses is arguably the reason why our city’s infrastructure works the way it does. For better or worse, he forever changed the landscape of the city. He sliced through neighborhoods and tore down homes to make room for roads.

“If you didn’t leave the building they’d take off the top floors while you were still living downstairs. I mean, he was very very brutal that way,” says Assemblywoman Jo Anne Simon, who represents the district.

But in 1943, Moses’ crusade hit a roadblock in Brooklyn Heights.

Many of the communities that were affected by Moses’ plans were poor – particularly communities of color. Brooklyn Heights was different. Its residents’ money and status gave the neighborhood a voice that other communities lacked. When Moses unveiled his plan to build the Brooklyn Queens Expressway, a bi-level highway along the bluff, with the upper level cutting through residents’ private gardens, the community pushed back. 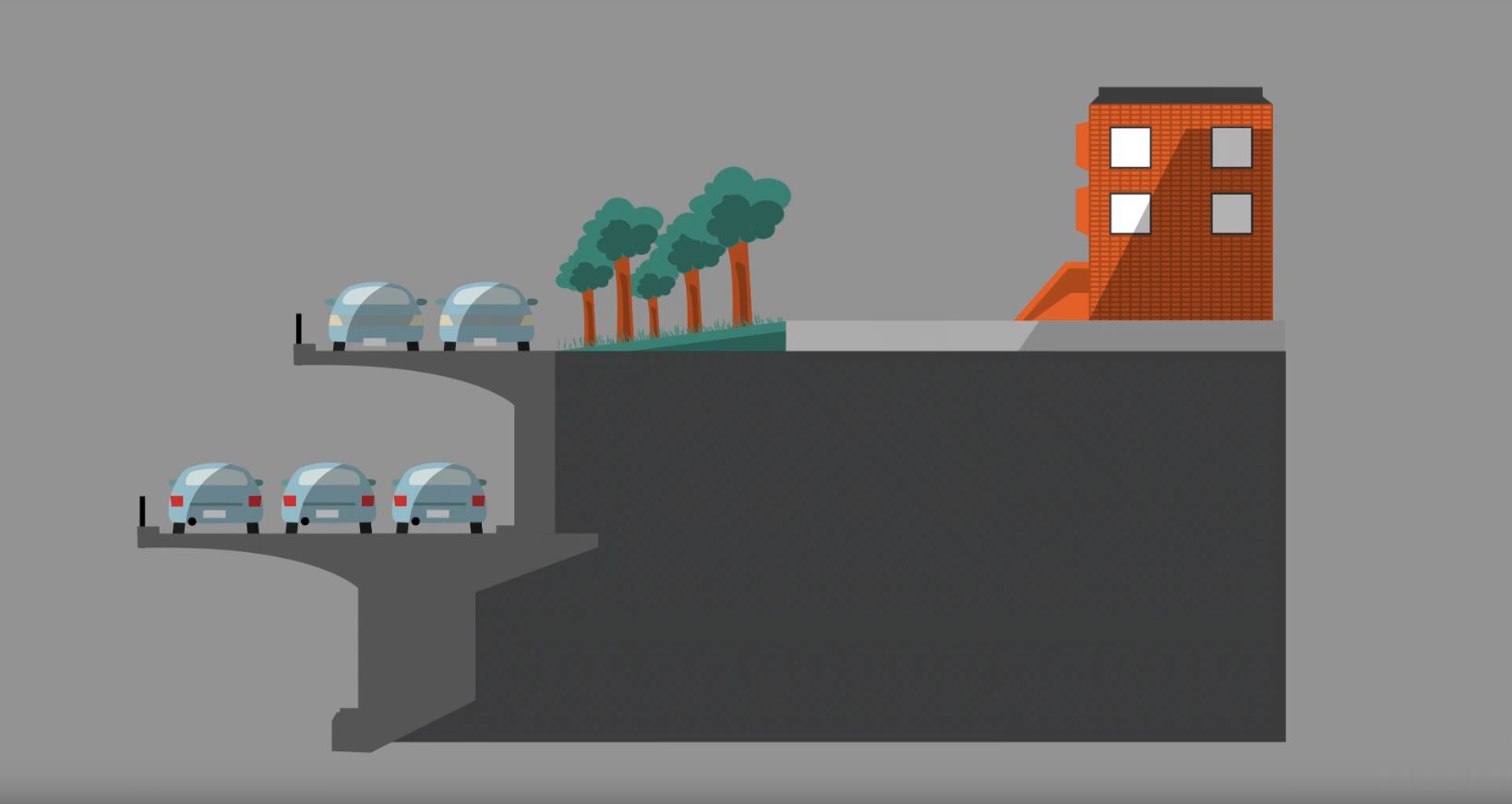 The Brooklyn Heights Association presented Moses with an alternate proposal – they would give the city free use of their land in exchange for a third tier on top of the highway. This top level would serve as a barrier, separating their homes from the noise and emissions of the highway below and would create a space where they could rebuild their gardens. Moses accepted the proposal. 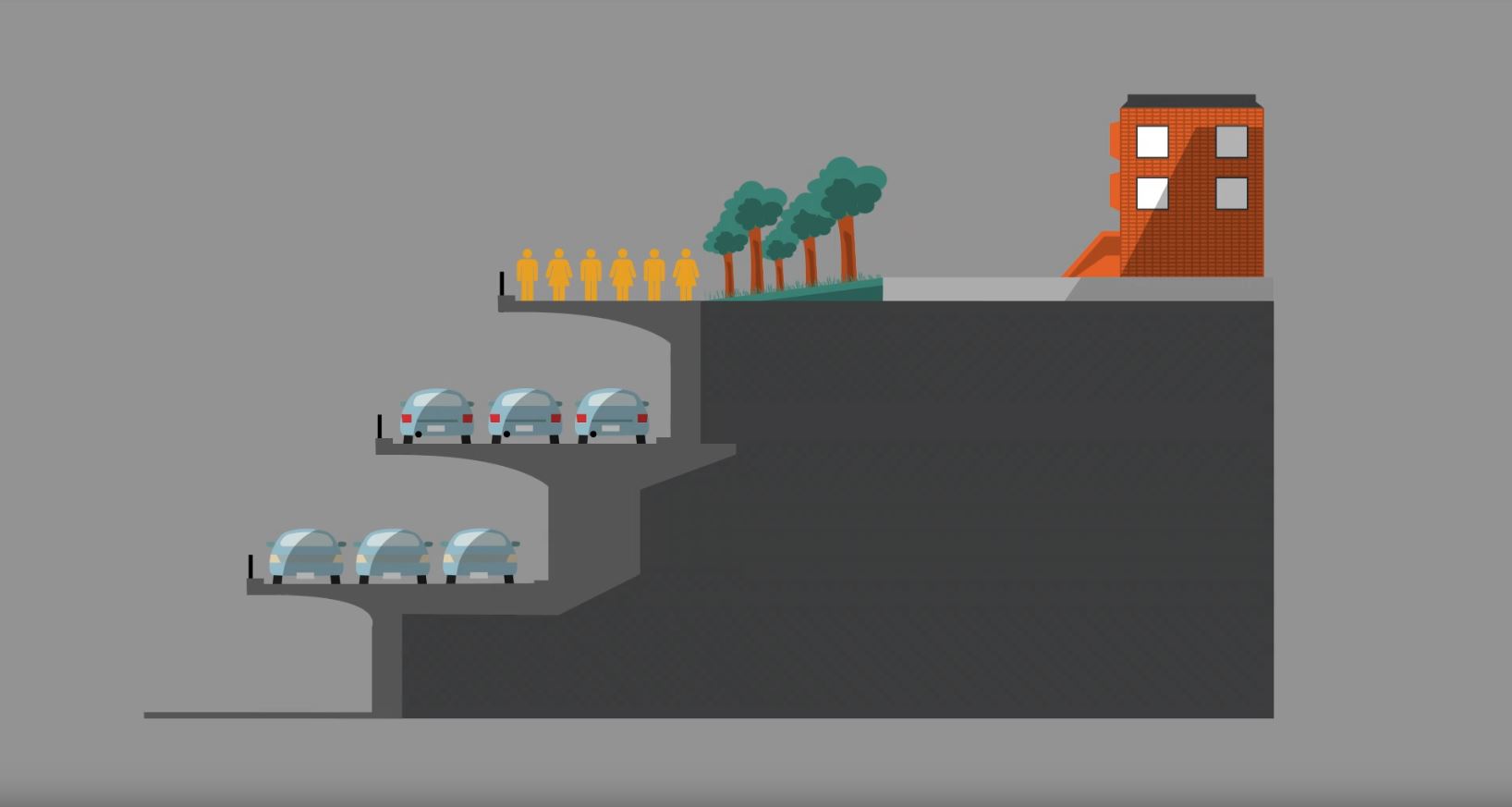 “Part of his legacy was to do things that were different and interesting, and so he built the promenade,” explains Brooklyn Bridge Park Vice-Chair Joanne Witty. There was just one caveat. Rather than rebuilding the private gardens on top of the third tier, he would create a space for the public to enjoy. “The community ended up losing some of their backyards – their old backyards. They were condemned. But they ended up getting the promenade,” says Witty.

A Structure in Decline

Fast-forward 80 years. The busy Brooklyn Queens Expressway is often more like a parking lot than a functioning artery. And while the beloved Promenade has held up, the structure it was built upon has not. The highway, which was built to accommodate moderately-heavy traffic from passenger vehicles, is now forced to bear the weight of roughly 150,000 vehicles a day, including heavy trucks.

All that weight has taken its toll on the roadway’s structure. The Department of Transportation says by 2026, the road will no longer be able to safely support the heavy traffic flow. But in order to repair the highway, the DOT says it will have to tear down the existing structure and replace it with a free standing roadway. That means tearing down the Promenade as well. “The promenade is part of the same structure, it is just as old as everything else. It needs to be replaced anyway,” explains Tanvi Pandya, the engineer overseeing the reconstruction project. 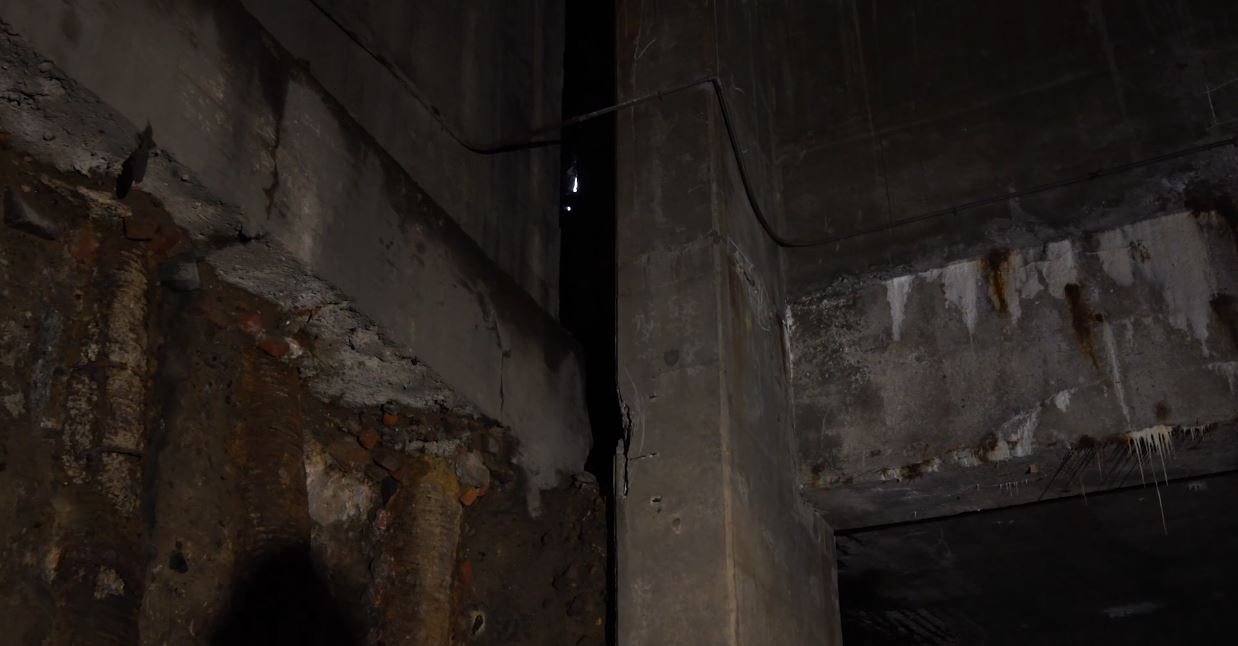 The plan the city proposed would require that all three tiers be torn down and replaced with a temporary six lane highway while the other two levels are repaired. That temporary roadway would stand where the Promenade is currently – right behind residents’ homes.

“Temporarily, at my stage in life, is not a very appealing promise,” says Brooklyn Heights resident Richard Dean. “It’s going to be there for many many years, and of course there’s always the possibility that administrations change and economics change and a temporary thing can become a permanent thing.”

The Search for a Solution

In response to the plan, Brooklyn Heights residents organized and fought back, continuing the neighborhood’s legacy of civic activism.

“We’re facing the prospect of a 6-lane highway adjacent to where thousands of people are living,” says former Brooklyn Heights Association Executive Director Peter Bray, “and that was viewed by the community as lacking in foresight, lacking in environmental concerns, and lacking in creative thinking.” 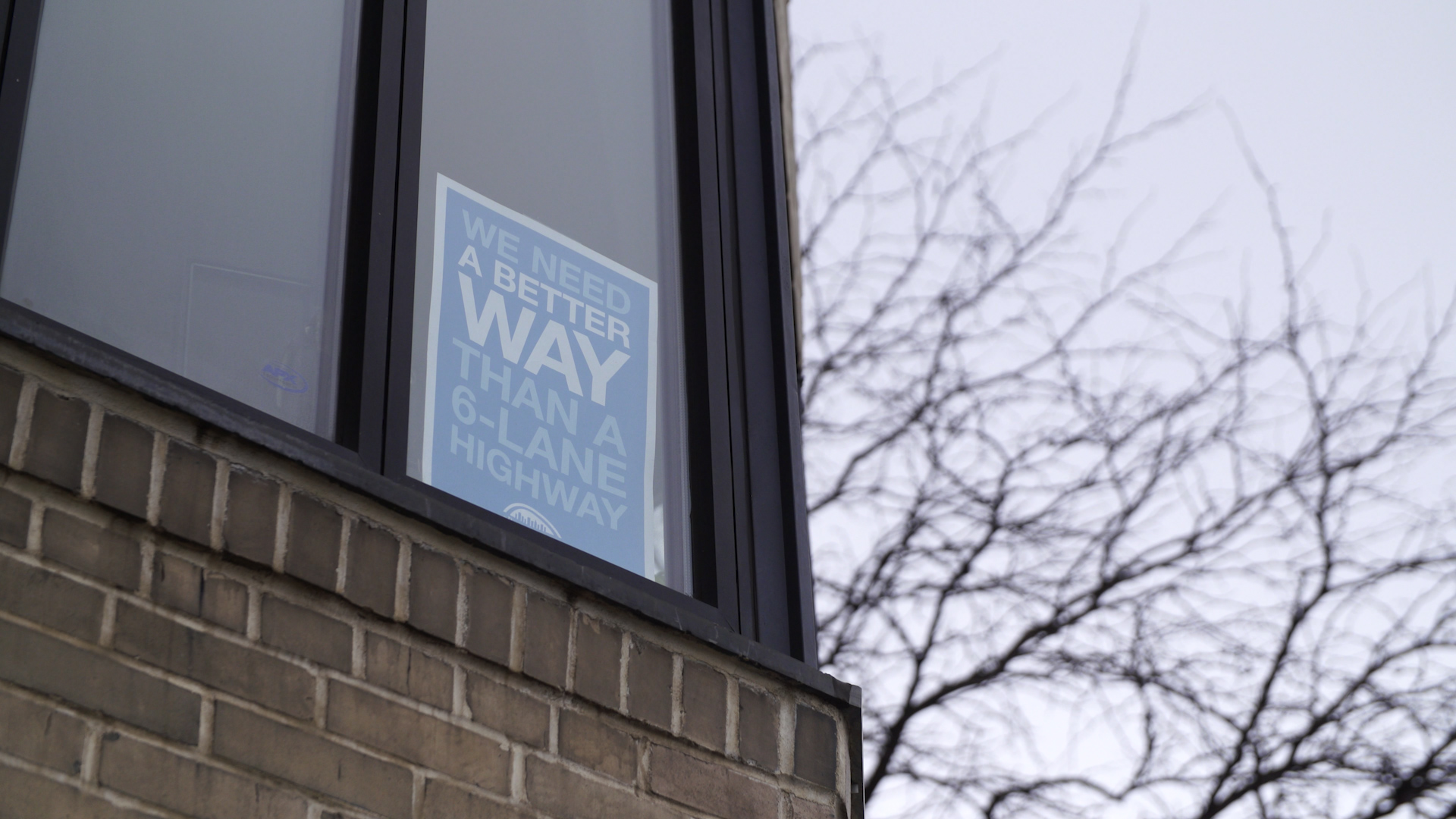 After the uproar, the city backed down from its initial proposals, and community members say they now want to work with the city – not against it. Much like neighborhood residents did in 1943, the BHA, along with an advocacy group called A Better Way and other community organizations, joined forces to come up with alternative plans for the highway’s reconstruction.

“If they can fix it in a way that works for people and is less impactful, they’ll do it,” says Witty. “But you have to show them a way to do it.”

In April, the city announced the creation of a special panel dedicated to examining reconstruction proposals from both the Department of Transportation and the community.

“We are, as communities, often in the position of saying no, and fighting, and it’s often somebody else’s idea. And when the community is at the steering wheel, it’s a very different picture,” says Simon.

It is unclear what the final plan will be, or what it will mean for the fate of the promenade. Residents hope the solution keeps it open to the public – a permanent spot in Brooklyn, to watch a city forever changing.