7th Ave: A Cradle to the Modern Gay Rights Movement

This story is the first installment of NY1’s new initiative, “Street Level,” which explores the city through the history and culture of specific streets and the people who live there. You can watch the full episode in the video above and learn more about the initiative here.

Manhattan’s 7th Avenue is like an artery that runs through landmarks rich with LGBTQ history - in particular, a 6 block section of the road as it flows through the West Village, which has long been one of New York's most bohemian and progressive neighborhoods.

Among the many streets that crisscross New York City, few — if any — encapsulate its DNA of inclusivity, community, creativity, and compassion as well as this portion of 7th Avenue.

Over the past five decades, 7th Avenue and the West Village have been a safe haven where artists, activists, scholars, and politicians launched a movement to change the minds and hearts of Americans across the country. In the process, 7th Avenue, and the people who call it home, left an indelible mark on the soul of New York City.

But the LGBTQ movement didn’t just rise ephemerally in the middle of the street one day. It was fermented inside bars and clubs, fostered and cared for inside an LGBT community center and a hospital. Below, you’ll find five places every true New Yorker ought to know about.

Fifty years before rainbow flags adorned the front of the Stonewall Inn, police raids were common at the West Village gay bar and others like it. Law enforcement saw homosexuality as a crime and would regularly arrest and harass customers.

As our Michael Scotto reported, “Early gay rights groups, such as the Mattachine Society, had openly protested the discrimination, most famously at Julius', a bar just a block-and-a-half from Stonewall.” But their protests were met with brutal force by the NYPD. “Police often raided these bars, arresting people caught without IDs or dancing with someone of the same sex,” Scotto wrote.

But one night, a group of patrons transformed the gay rights movement by fighting back.

“What you saw that night, that fateful night in June of 1969, was a real uprising. [People] saying, ‘We're sick of being oppressed, we're sick of police brutality,’” said City Council Speaker Corey Johnson, who is the first openly gay man to hold the position.

The moment served as a huge turning point in the fight for equality.

Buoyed by the momentum, the community organized the Christopher Street Liberation Day March on the first anniversary of the riots.

LISTEN: CROSSTOWN WITH PAT KIERNAN – THE STONEWALL AT 50

Fifty years later, the annual event — now called the Pride March — draws millions from across the world. Its path ends on 7th Avenue, just up the street from the Stonewall Inn.

Referred to as “ground zero” of the AIDS epidemic, St. Vincent’s housed the first and largest AIDS ward on the East Coast.

When uncertainty and pseudoscience about the AIDS crisis permeated the general public — and large swaths of the medical community — St. Vincent’s continued to care for patients with HIV when others were turning them away.

The hospital was a place where young nurses gained experience in their early careers, and parents of nursing students often warned their sons and daughters not to treat AIDS patients. But that sentiment was not welcome in the halls of St. Vincent’s.

“We said to them, ‘If they want to be nurses, they don't pick and choose who they will care for,’” said Sister Miriam Kevin Phillips, a nun with the Sisters of Charity who worked as a nurse at St. Vincent’s for over 40 years. Sister Kevin, who served as director of the School of Nursing during the start of the AIDS crisis, told these parents, “‘If you don’t want them assigned to these patients, who badly need care, then you're free to take them out of the school.’ We gave in not one inch.”

“The sisters and the nuns who ran this hospital were amazing, amazing women who were dedicated to helping people,” said City Council Speaker Corey Johnson. “And St. Vincent's was literally the epicenter of treatment in the entire world.”

The Catholic hospital served the area for 160 years before closing its doors in 2010. 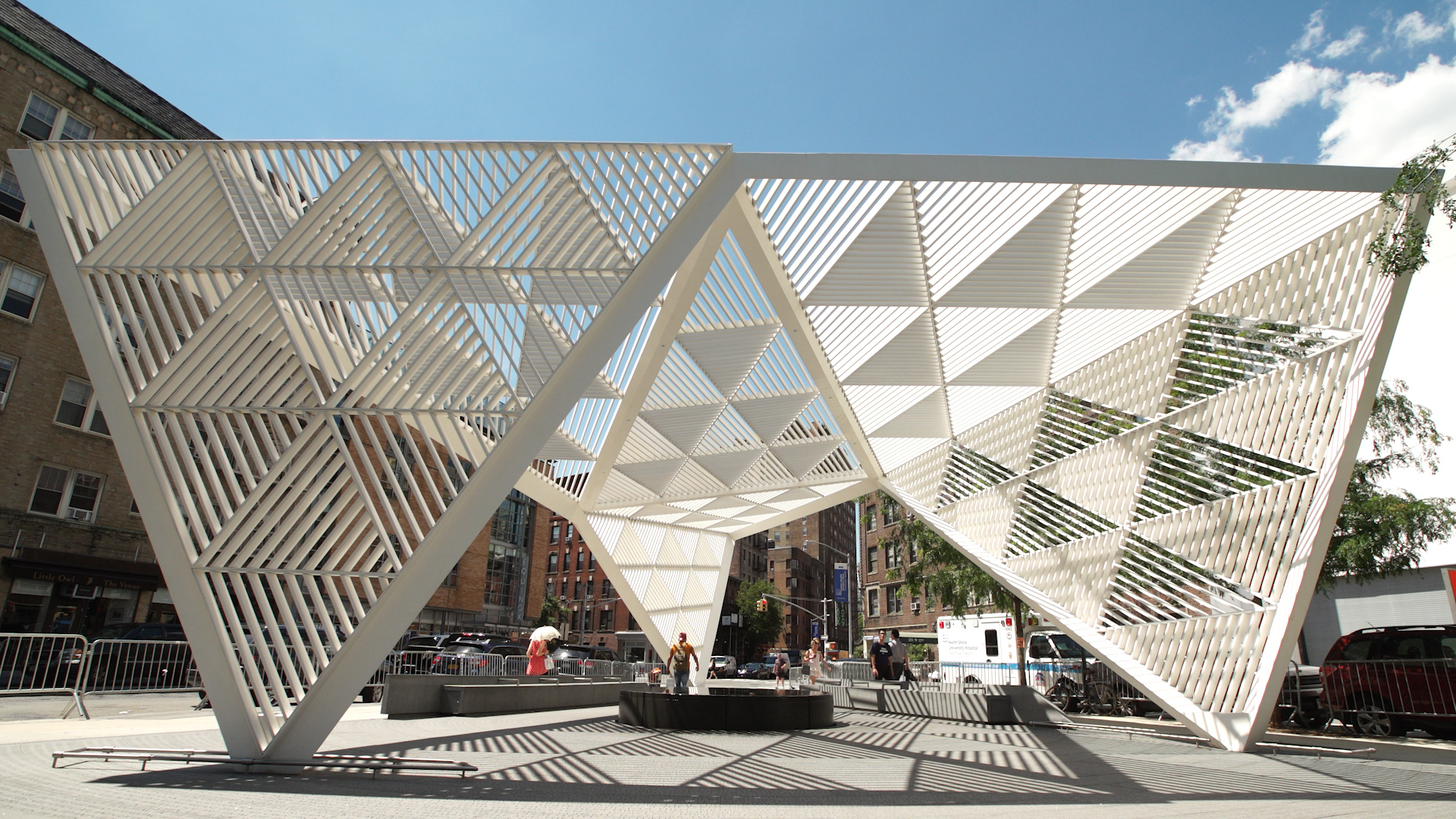 Across the street from where St. Vincent’s once stood, New York City’s AIDS Memorial remembers those who lost their lives to the disease, and honors the activists and caregivers who fought for a cure, facing the disease head-on.

Until the memorial was constructed and opened to the public on World AIDS day on December 1, 2016, there was no public memorial honoring the more than 100,000 New Yorkers who lost their lives to the disease.

Now, it stands as a beacon of hope for people in the LGBTQ community as well as activists, and health professionals who want to usher in an era where AIDS has been completely eradicated.

LEARN MORE: HOW SHAME AND STIGMA STILL IMPACTS THOSE LIVING WITH HIV AND AIDS 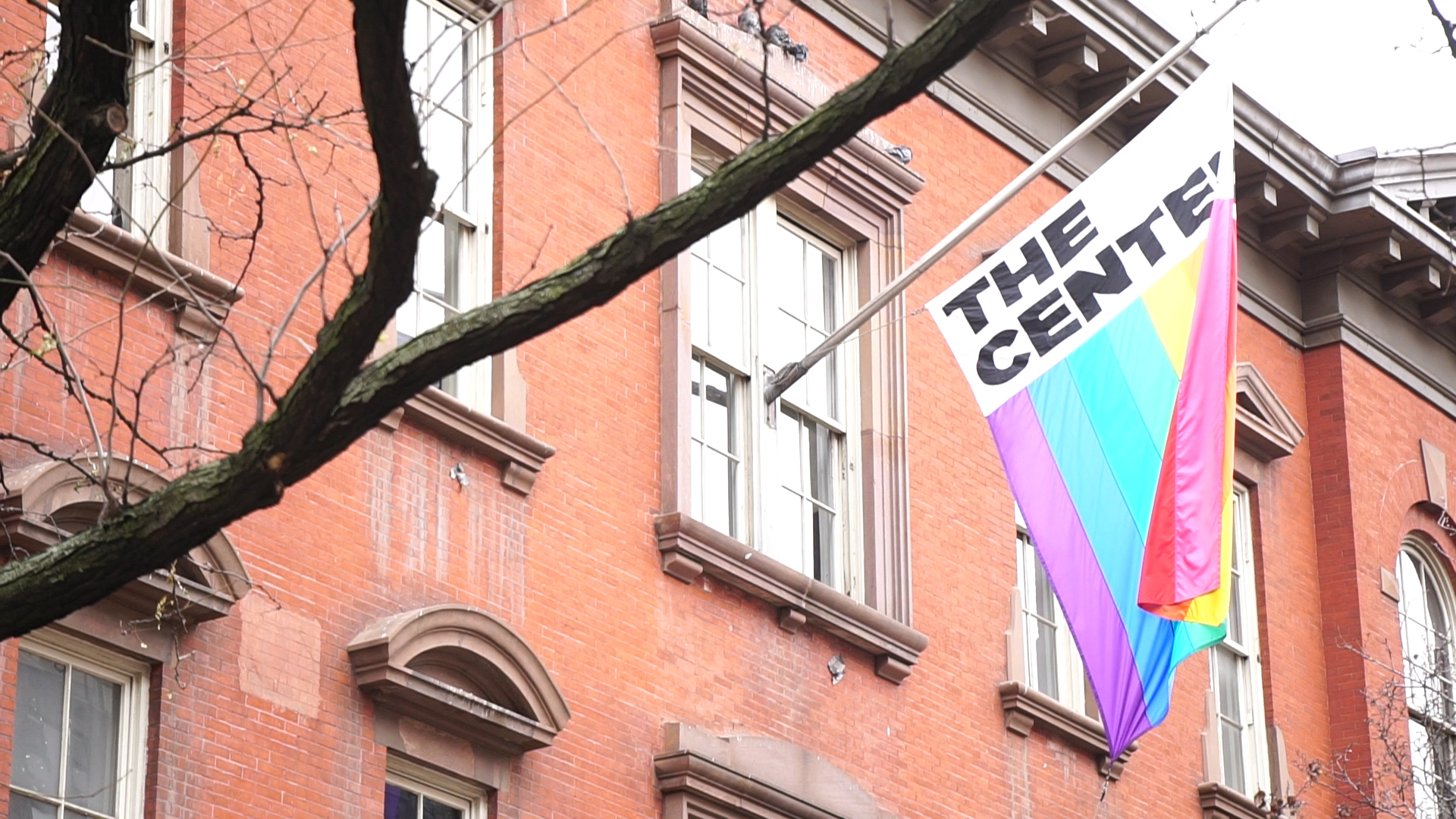 “The original vision of The Center in 1983 was really, we need a place to gather and build community and fight AIDS,” said Glennda Testone, the executive director of New York’s Lesbian, Gay, Bisexual & Transgender Community Center. The Center, as it’s often called, has been a fixture in the West Village for almost four decades.

“I often feel like we're so fortunate to be located right in the nexus of all of this LGBT history,” Testone said.

But thanks to the work of activist groups and to the medical community, HIV is no longer the death sentence it once was. Antiretroviral drugs have enabled those with the virus to live longer lives, and medicines like PEP and PrEP have helped prevent transmission.

As a result, the LGBT Community Center’s purpose has changed with the times. Along with continuing to offer support to people living with HIV and AIDS, the center has also adapted to support LGTBQ people in new ways.

“The biggest role that a center can play is to be flexible and change our programming based on the needs of the community. So when we were founded in the 80s, it was very about AIDS. Now, we have members of our community like transgender and gender-nonconforming individuals that need unique support,” Testone said. “LGBT immigrants face a unique situation.”

The Center also offers recovery programs for those dealing with substance abuse and addiction. Freddy Perez, who got sober through one of these programs, said, “I felt comfortable speaking about it in the rooms of other with other young gay or, you know, LGBT youth.”

“People say, 'Well, I could go to that anywhere, but I come to the center because I'm sitting with my community,'” said Testone. 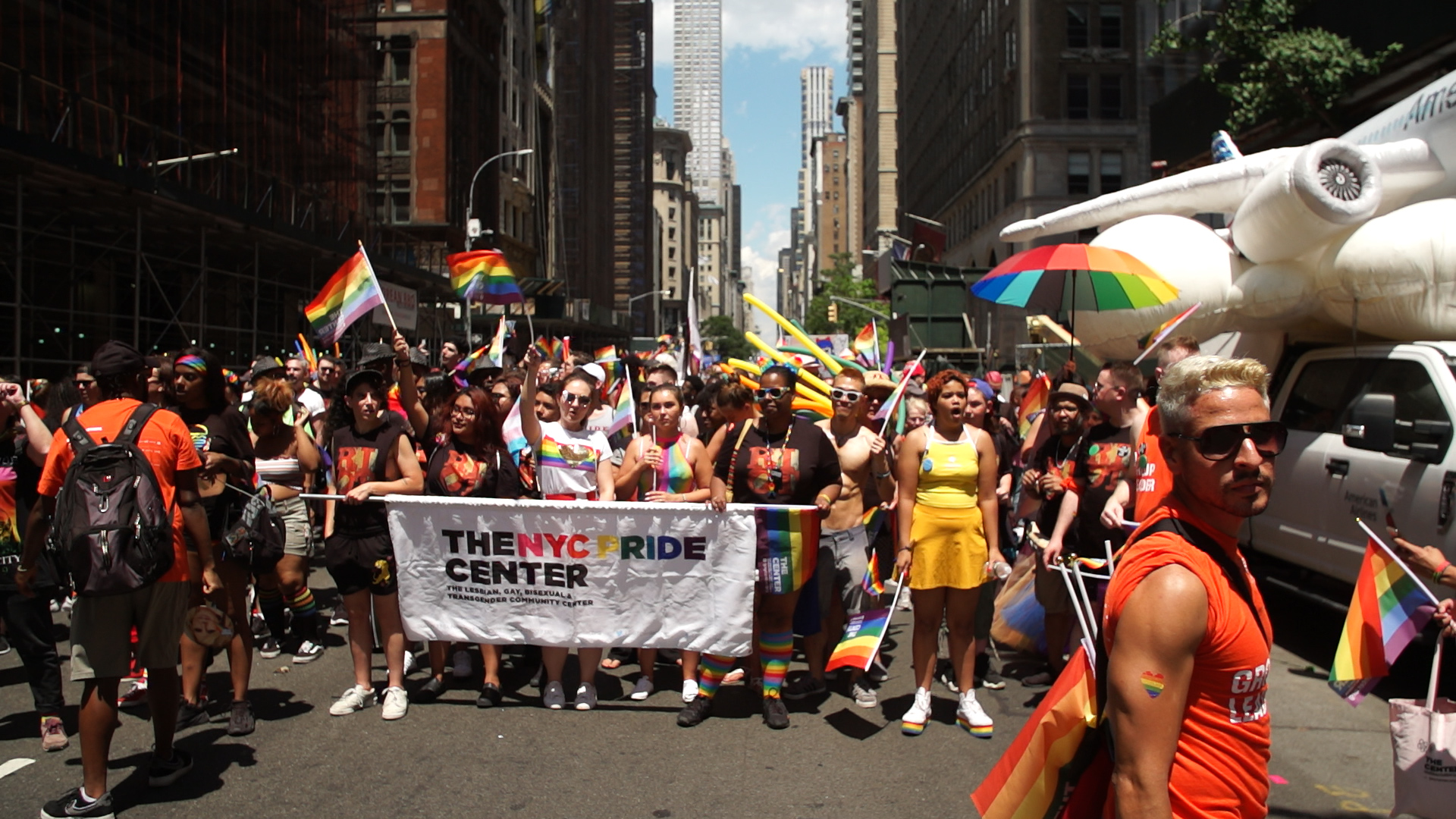 It’s the most jubilant celebration of love, acceptance, and community of the year: the Pride Parade — and 7th Avenue plays a crucial role in it.

Each year, the parade starts at 26th Street and 5th Avenue, waltzes down to 8th Street, zigs over to Christopher Street and the Stonewall Monument, and then finally makes its way up 7th Avenue, ending on 23rd Street.

What we call Pride today started as the Christopher Street Liberation Day March, held in 1970 on the first anniversary of the Stonewall riots.

“It was kind of a result of commemorating that really important moment for our community,” said Chris Frederick, the executive director of NYC Pride.

What’s it like actually being in the parade? Corey Johnson has some experience with that.

“It's a crazy workout and it's a moment of unabashed expression. That's what pride really is, saying you can be who you are," the City Council speaker said. "As Lady Gaga said, baby I was born this way, and that is what Pride is all about.”

“In the parade, you're a little overwhelmed. The two spots where you really, really, really feel it are: one, the AIDS Memorial right here, which just opened up a few years ago,” Johnson added. “And number two, at Stonewall … both somberness and celebration of what came before, but also that spirit lives on.”