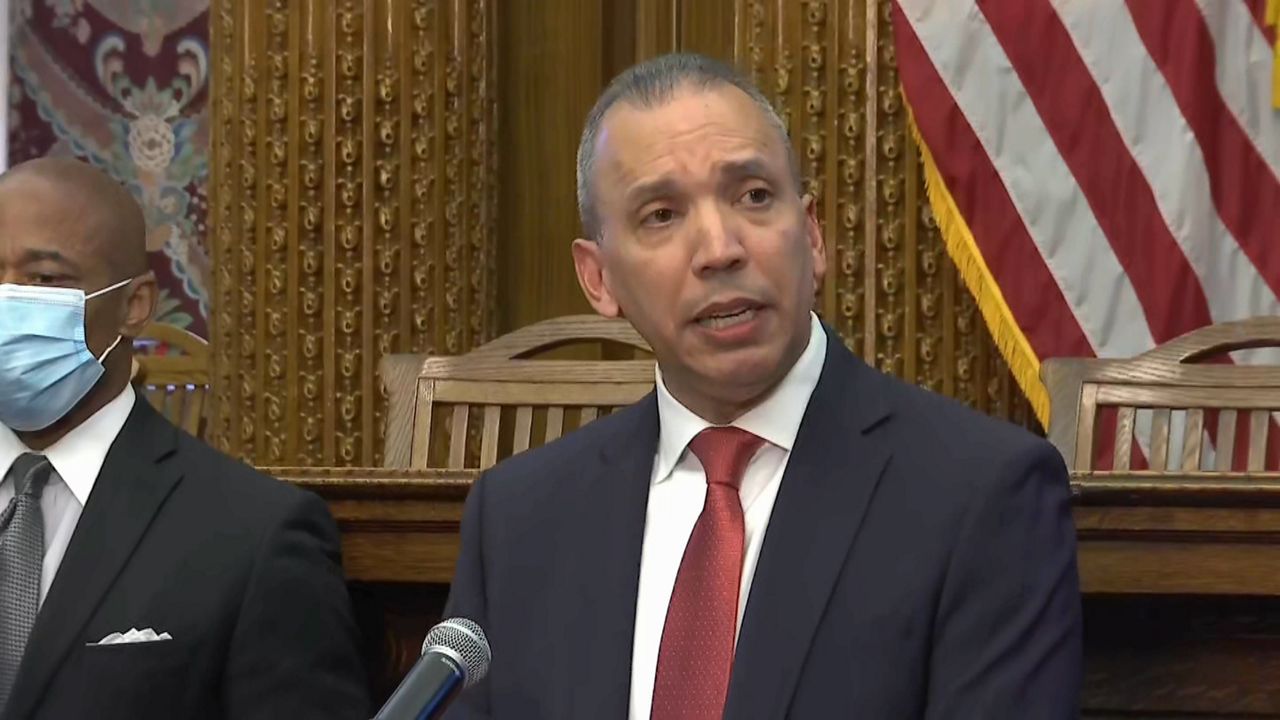 Just after a fourth inmate held on Rikers Island died this weekend, a jails oversight body released a report on the three other deaths this year, citing the Department of Correction’s failure to provide adequate supervision and medical care to detainees.

The Board of Correction report, released Monday, found fellow inmates were the first to respond in all three instances and called the late responses by correction officers in each case “a chronic and life-threatening issue.”

25-year-old Dashawn Carter, an unhoused New Yorker according to a wardens union official, arrived at Rikers on Thursday. By Saturday at 5:08 p.m. he was dead in an apparent suicide, according to the city’s medical examiner. He was the fourth person in correction department custody to die this year, the continuation of an alarming trend of death and violence in the troubled jail complex.

Carter’s death was not included in the report. Last year, 16 inmates from the jail died.

“We, as a society, owe it to the community who share Mr. Carter’s condition, to succeed in any and all attempts to identify and provide the essential services they require to survive and thrive,” Carter’s attorney Kevin Sylvan said in a statement. “They deserve it; but society continues to consider those who populate this community to be of less of a priority. Those accused of crimes are even further un-prioritized and rejected.”

Joseph Russo, the head of the union for deputy wardens and assistant deputy wardens, conceded the facility has staffing issues, but claimed the housing area Carter was held in was properly staffed at the time. An investigation by city and state officials is still underway.

“There is a life and death crisis in the jails, because more than a 1,000 officers are not coming to work each day and those that do are not assigned appropriately,” said Cohen. The federal monitor investigating Rikers found similar staffing issues.

The oversight report found in the death of 52-year-old Herman Diaz, who collapsed after choking on an orange in March, it was other detainees who used the Heimlich maneuver on him. At the time, there was no officer on the floor of the housing unit. An officer on medically modified duty, not allowed to interact directly with detainees, was in a separate room overlooking the unit.

No officer intervened as Diaz died.

“Today’s BOC report, coming on the heels of the death by suicide of 25-year-old Deshawn Carter on Rikers Island over the weekend, underscores the profound disfunction of New York City’s jails and the persistent incapacity of the Department of Correction to keep people safe,” Legal Aid said in a statement. “The report’s investigation into the deaths of three other men at Rikers Island this year — Tarz Youngblood, George Pagan and Herman Diaz — links those deaths to egregious breaches of basic jail management and staffing.”

In the case of 38-year-old Tarz Youngblood, officers did not conduct proper rounds every 30 minutes. The cell he was in was not checked for at least three hours, the report says.

“DOC staff’s failure to regularly check on the status of every person every thirty minutes (particularly at night) is a chronic and life-threatening issue,” the report read.

In response to the report, a spokesperson for the correction department sent NY1 this statement:

“Every death in custody is a tragedy. We are working with our partner agencies on an immediate and full investigation.”

On April 26, a federal judge ordered the city and the federal monitor overseeing Rikers to develop a new plan to overhaul the jail complex in three weeks. Prosecutors asked for the jail to be placed under federal authority.