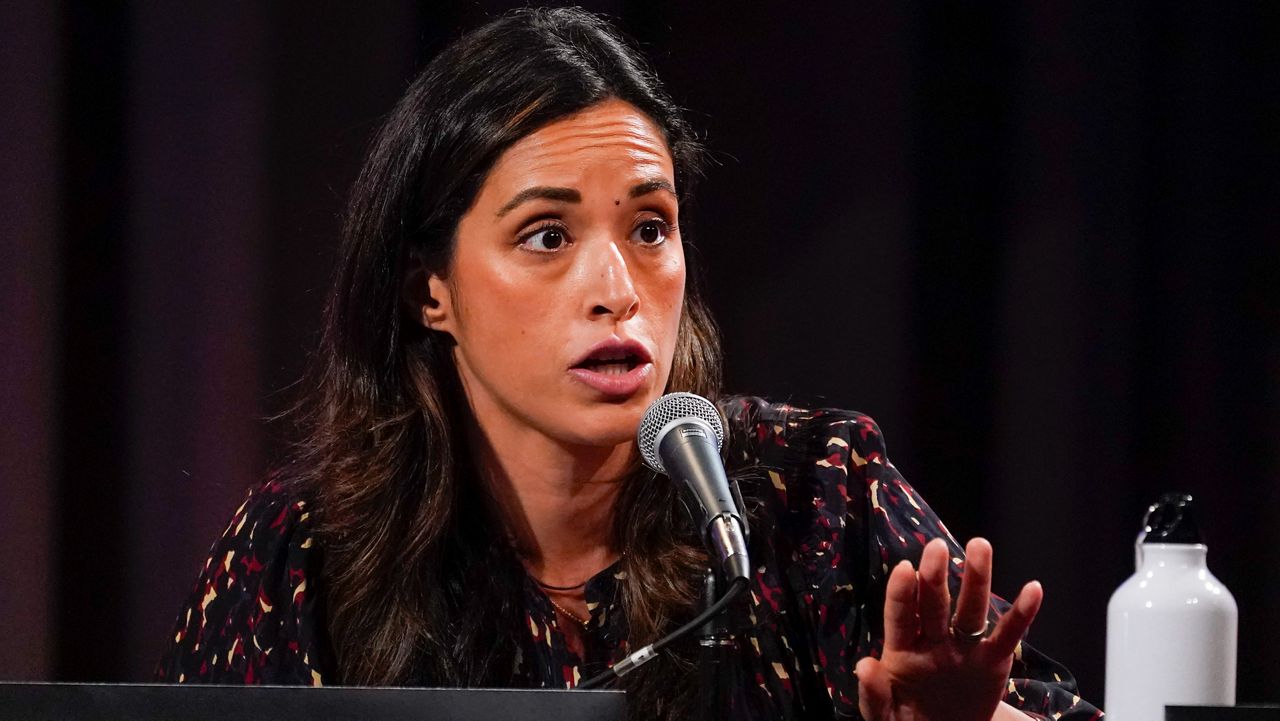 On eve of NY1/WNYC debate, NY-10 candidates turn on rivals

The battle for the 10th Congressional District primary in Manhattan and Brooklyn has been a fight to break out of a very crowded field.

Expect the animosity to boil over Wednesday beginning at 7 p.m., when Spectrum News NY1 and WNYC/Gothamist co-host the first televised debate among the six top contenders.

The contenders have defined themselves as daughters of the district — which stretches from Lower Manhattan into western Brooklyn — and defenders of democracy.

“All my memories, all my milestones have been from NY-10,” Rivera said.

“I am running because I stood up to Donald Trump,” Goldman said.

But they’ve also tried to define their rivals.

“One of my opponents, frankly, is way too conservative for this district,” said Jones in an apparent reference to Goldman.

“I think we’re getting a lot of attacks because my opponents recognize that our message is really resonating with the voters and that I am the frontrunner in this race,” Goldman told NY1 on Tuesday.

Goldman was the Democrats’ lead counsel in Donald Trump’s first impeachment, but he has been bearing the brunt of the barbs as a self-funding candidate with connections to scrutinize.

Rivera, meanwhile, has a slew of New York endorsements but has been blasted for some of her real estate industry donations.

Jones is a target for moving from NY-17 in the Hudson Valley, which he currently represents, to NY-10 to run in the primary.

He is the race’s only sitting House member.

“Part of this process is educating people that the candidates in this primary are not running to be their City Council member or even their state Assembly member,” Jones told NY1 on Tuesday. “They’re running to provide federal relief and address federal issues.”

Niou has a base among the most left-leaning Democrats and groups. She told NY1 she’s not worried about her momentum.

“I have an incredible amount of ground support, a huge swell of support,” she said, adding that she was just endorsed by Public Advocate Jumaane Williams. “That’s the first citywide endorsement.”

And in a race where candidates tout either legislative or prosecutorial experience, Holtzman has both as a former Congress member and Brooklyn district attorney.

“For the people who know me, they don’t really need a reintroduction, they just need to know that there’s an election,” Holtzman said of the debate, adding that she would be introducing herself to some. “There’s still, unfortunately, some people who don’t know my record. Well, I shouldn’t say unfortunately because they’re probably too young.”

Simon, meanwhile, says she’ll highlight her history of fighting for disability rights, the underserved and “how I will bring the voices of NY-10 to Washington and not the voices of Washington, D.C. to NY-10. I think what’s critical is that people understand I come from community.”