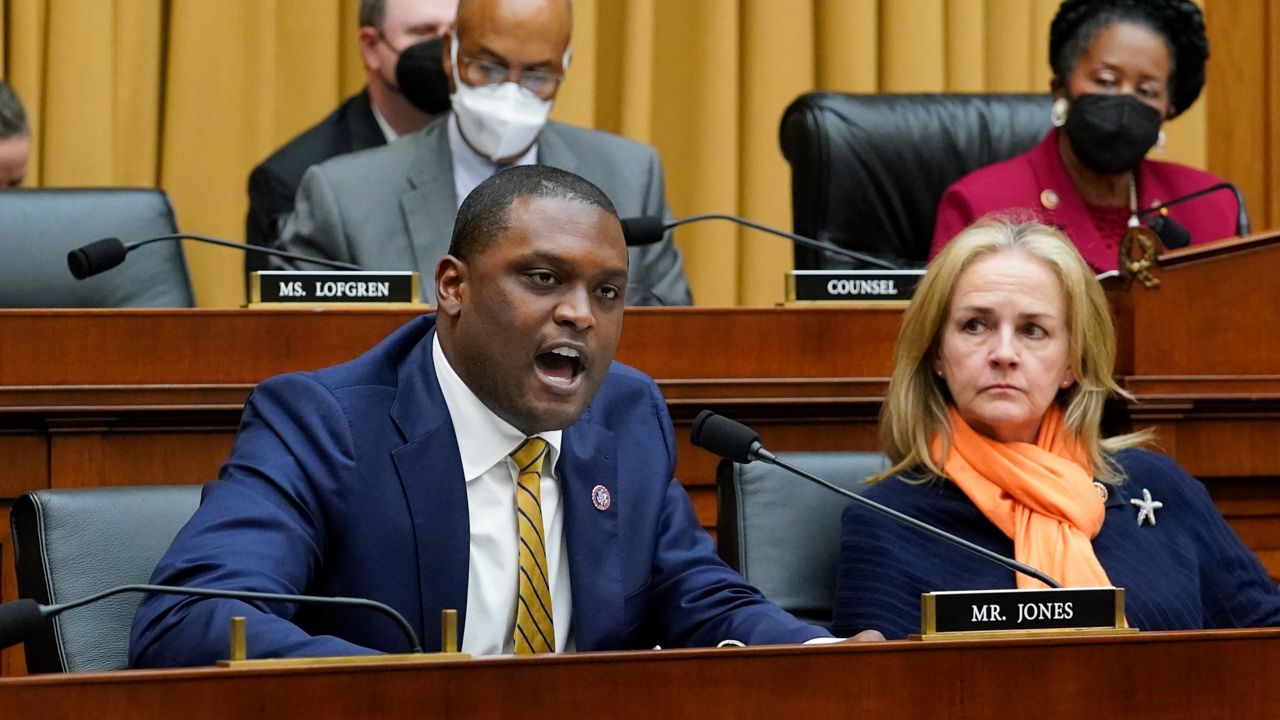 The race for the 10th Congressional District has shaped up to be an expensive one with nearly $6.6 million raised in total.

But precisely where the dollars are coming from has inspired fierce lines of attack among candidates jostling for every advantage.

“I’m proud to be raising money without taking a dime, a dime from corporations, And unlike my colleague, Dan Goldman, in this primary, I’m not self-funding,” Rep. Mondaire Jones said Thursday.

Jones’ most recent campaign finance filling showed he raised over the rest of the field combined: $3.3 million.

He said Goldman is using his family fortune to influence the race, but Goldman spotlighted that Jones’ campaign war chest was built primarily when he was a candidate for his current Hudson Valley district.

“One of the things that I am dealing with is a congressperson coming down from another district, raising money from a different campaign, but using it here,” Goldman said Thursday, also criticizing “a city councilwoman who’s taking money from people with special interests.”

He referred to City Councilmember Carlina Rivera, who brought in roughly $400,000.

Goldman, the Democrats’ lead counsel for former President Donald Trump’s first impeachment, is second in the field with $1.2 million raised.

His filings show contributions from his wife and individuals whose last names link them to the Levi Strauss dynasty, to which Goldman is an heir.

Goldman said until the campaign finance system is fixed, “it is important for us to try to match some of my competitors and level the playing field as a first-time candidate. So I want to spend more time with the voters, so I have agreed to put some of my own money in this race.”

Goldman touted June numbers that showed he out raised his rivals and reaped in-district dollars.

Jones declared his NY-10 candidacy in May and moved to Brooklyn to compete in the new district encompassing lower Manhattan and parts of Brooklyn.

The fundraising total in his April report, filed when he was a NY-17 candidate, is nearly 85% of the total he disclosed in his July report.

He responded, “I’m proud to be running a grassroots fundraising operation, where people in New York City and throughout New York State and even in other parts of the country have taken a look at the leadership that I’ve been providing in Congress.”

Her campaign spokeswoman said she has the largest share of in-district donors.

Spokeswoman Alyssa Cass added, “Reformers need to win elections to make change, and Carlina will not unilaterally disarm because she is running against millionaires and billionaires who are self-funding their campaigns.”

Former Mayor Bill de Blasio, who has bowed out of the primary, had raised about $510,000 as of June 30 and State Assemblywoman Yuh-Line Niou has brought in about $241,000.

The primary election is Aug. 23.