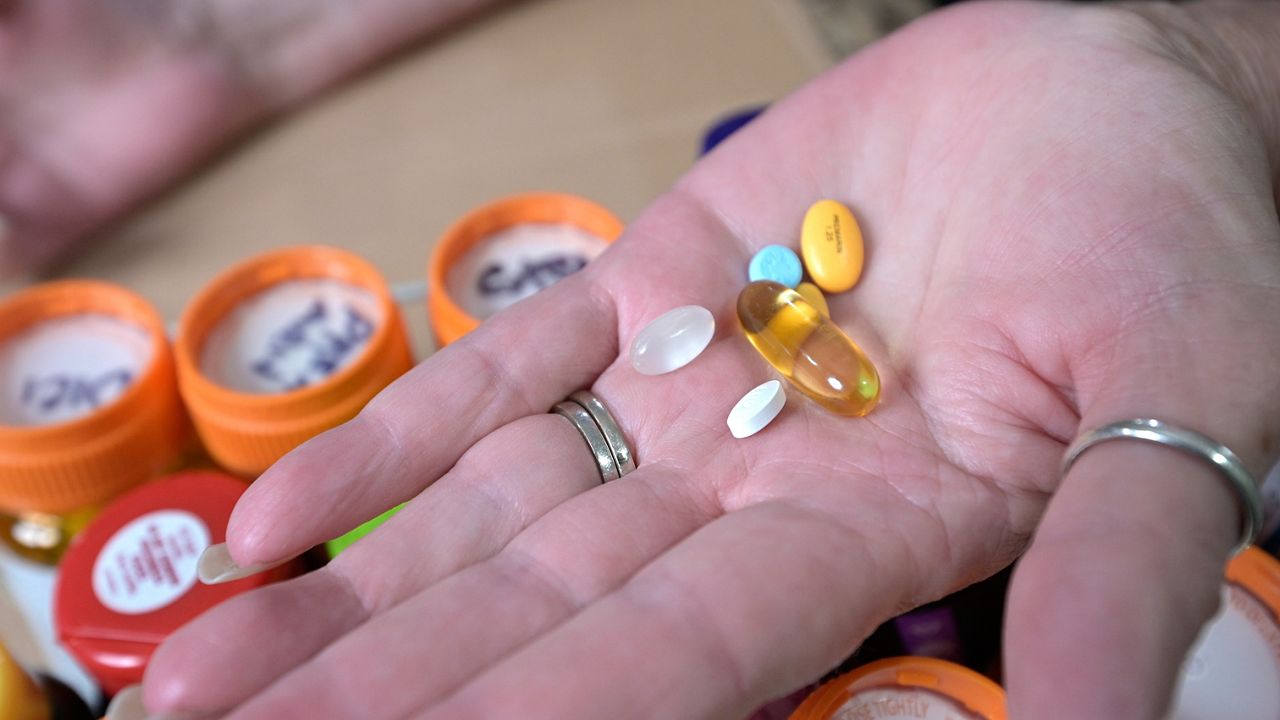 Senate Democrats are forging ahead on legislation to lower prescription drug prices and extend Affordable Care Act subsidies for millions of Americans.

The measure, which is an attempt to salvage some of President Joe Biden’s sweeping Build Back Better agenda after moderate Sen. Joe Manchin, D-W.Va., repeatedly balked at its cost, would be the first major prescription drug legislation in nearly 20 years.

While the deal is a far cry from the sweeping social spending and climate change measure that President Biden and some progressives hoped for, lowering drug costs is incredibly popular with voters and would deliver Democrats a major victory ahead of November's midterm elections.

The proposal, which would allow Medicare to negotiate in order to lower prices for select prescription drugs, was hailed by Senate Majority Leader Chuck Schumer, D-N.Y., as a move that will "lower costs and improve the lives of tens of millions of American families."

“We will cap Americans’ out-of-pocket drug expenses to $2,000 a year. Medicare will offer free vaccines and additional support for the low-income elderly," Schumer said. "And, crucially, we will ensure that millions don’t see their health care premiums skyrocket in the coming months."

Schumer also hailed it as a deal that could help Americans deal with rising costs: "If you want to fight inflation, then you should support passing this much needed proposal on lowering prescription drug costs."

The proposed measure would also limit price increases on medications to no more than the rate of inflation and cap how much Medicare recipients pay each year for their prescriptions.

One such individual who could be impacted by the proposal is Therese Humphrey Ball, a person living with Multiple Sclerosis who said that medication to manage her condition has wiped out her savings.

She told Spectrum News that she was forced to use a less expensive drug that isn’t effective. Consequently, she reported beginning to have memory issues.

“My children were in fear, my doctors were just beside themselves," she said. "I have multiple autoimmune diseases. They all attack the MS because [it] causes stress. So, on top of that, [I’m] taking a drug that can’t really help me, it’s a long struggle."

The road ahead is not an easy one for the party-line bill, which Democrats could pass without Republican support via the Senate's budget reconciliation process. Punchbowl News reports that Democratic and GOP aides met last week with Senate Parliamentarian Elizabeth MacDonough as part of the "Byrd Bath" process, a rigorous review which ensures that the measure conforms to the strict reconciliation rules.

From there, Democratic lawmakers must draft the legislative text. After that, the "vote-a-rama" process begins, during which lawmakers can propose and vote on any number of amendments, many of which are political messaging proposals that can slow down the process and force members of the opposing party to make difficult choices.

After that process is over, the final vote begins — and Democrats in the 50-50 Senate will need every one of their members to approve the proposal in order to pass it, assuming no Republicans cross party lines to vote "yes." And with multiple absences due to COVID-19 and other issues, that's not an easy task for lawmakers.

While the measure falls short of what Democrats hoped for last year, advocates say this bill will still make a difference.

“For the first time, if drug manufacturers raise their prices faster than inflation, they will be subject to a steep penalty. This is enormously important, as rising prices are a kitchen table concern,” Sarah Kaminer Bourland, executive director of Patients For Affordable Drugs, a bipartisan patient advocacy group looking to lower drug prices, told Spectrum News.

Among the medications that could be negotiable are blood thinner Xarelto (Januvia) which is used for Type 2 diabetes and Symbicort, an inhaler to treat Asthma and Chronic obstructive pulmonary disease also known as COPD.

More than a million Medicare beneficiaries use each of these drugs. An AARP study showed that blood-thinner medication Xarelto was the third-most used drug by Medicare recipients. Its research also pegged Medicare spending at $4.7 billion in 2020.

The pharmaceutical industry is fiercely opposed to the measure and has lobbied against it. According to Punchbowl News, Republicans have reportedly challenged several aspects of the bill in meetings with the Senate Parliamentarian.

But it appears Democrats have the votes to give Biden a victory on an issue incredibly popular with voters — and one that can help millions of Americans.

“Passing this bill will take me out of the danger zone and I could go back on the Copaxone at an affordable price, and there are so many of us out here,” Humphrey Ball, who lives with Multiple Sclerosis, said.

Schumer is hoping that the Senate can vote on the package next week, with the House to follow later in August. If the bill becomes law, the drug negotiations would begin next year.