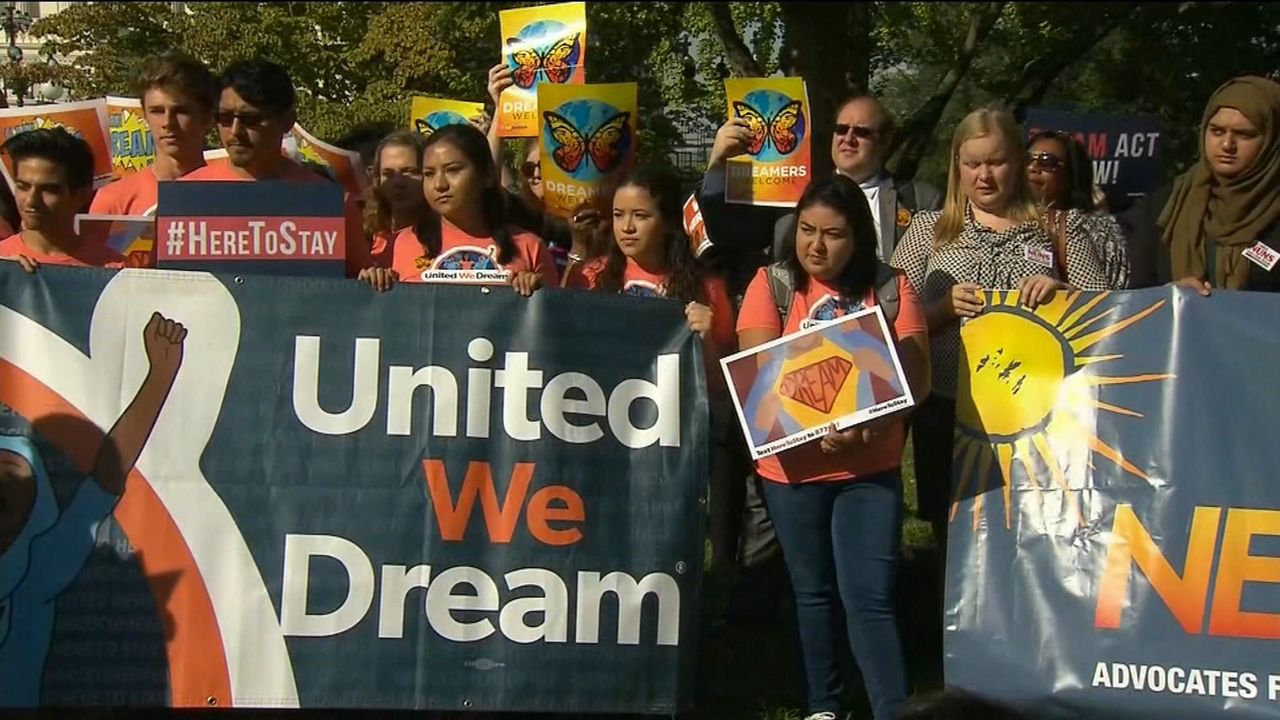 As a young child, Dip Patel moved from India with his parents; first to Canada, and then to southern Illinois.

His parents entered the U.S. legally on visas, and Patel has lived here ever since. But Patel is not a full citizen — even though he’s here legally — making him a ‘documented Dreamer.’


“Once I was getting ready to apply for colleges, I realized that I would be considered an international student, and I would go through this process known as aging out, where I would have to find my own way to stay,” explained Patel. “Really, it’s just jumping from temporary visa to temporary visa because our immigration system has really no legal pathway, no opportunities for us to even apply.”

For years, Democrats and Republicans have disagreed on the best way to address America’s failing immigration policies.

But Sen. Alex Padilla and Rep. Ami Bera of California, along with Rep. Deborah Ross, seem to be optimistic that a small portion of immigration can be tackled with bipartisan legislation.

“Documented Dreamers” are those children brought here on their parents’ visas that eventually age out at age 21. Once they hit that milestone birthday, they either have to self-deport or they must go through a visa process on their own. It’s estimated there are more than 200,000 “documented Dreamers” in the U.S.

“For these young people, turning 21 means facing an impossible choice. Either to leave your family and self-deport to a country you may barely remember, or stay in the United States living undocumented in the shadows,” Padilla said.

Last September, Padilla and Sen. Rand Paul (R-KY) introduced the America’s Children Act, which would “provide a pathway to citizenship for 'documented Dreamers,' children of long-term visa holders who have been waiting for years, and often decades for a green card. These 'documented Dreamers' face deportation if they age out of dependent status at 21 without a green card or other immigration status.”

At a press conference in the shadow of the Capitol, Patel stood behind Padilla during his impassioned speech. Now 26, Patel has a doctorate in pharmacy and has been able to stay in the U.S. on a visa.

In dealing with this process, Patel was inspired to found Improve the Dream, an organization working to lobby congress to create a path to citizenship for documented dreamers like himself.

“This is something that really most Americans assume isn’t a problem because they assume that someone who is brought here as a child, grows up in the United States with legal status, is raised and educated here, has a path to stay,” Patel said.

Last year, the House passed a companion bill sponsored by Ross titled the American Dream and Promise Act. She says it’s now up to the Senate to take up the mantle and vote on the legislation.

“The House has passed the American Dream and Promise Act that helps all ‘Dreamers,’ whether they came here in a documented way or not, and also helps people with temporary protected status,” said Ross when asked if she felt the bill could make its way through Congress despite the filibuster. “The House did its business. It’s just people forgot about it because it’s been sitting on the Senate side.”

Bera explained that he believes the upper chamber has the votes.

“There’s four Republican senators that have co-sponsored America’s children act. Can we find six more, which would allow us to then get it to the president’s desk? I think so,” he said, noting that Sen. John Cornyn (R-TX) has expressed interest in working with Padilla on the bill during a judiciary hearing in March.

We reached out to Senator Cornyn’s office to see where the senator stood on the bill, and a spokesperson pointed us to his remarks in the official record, which said in part, “I’d like to work with Senator Padilla on the legislation he’s introduced to come up with a solution.”

“Our best chance of updating our immigration laws lies in putting in the hard work necessary to craft consensus, bipartisan legislation that makes more targeted choices,” he continued. “As long as our colleagues across the aisle insist on a purely partisan measure with massive scope, the Senate will do what we have done for almost the entire time I’ve been here in the Senate, which is never fail to fail. I hope we can continue to find common ground where we can.”

Sixty votes are needed to move the bill to debate on the senate floor, and it’s unclear if there is broader republican support for the bill to meet that threshold. A request to Majority Leader Chuck Schumer’s (D-NY) office on when the bill could potentially get a floor vote went unanswered.