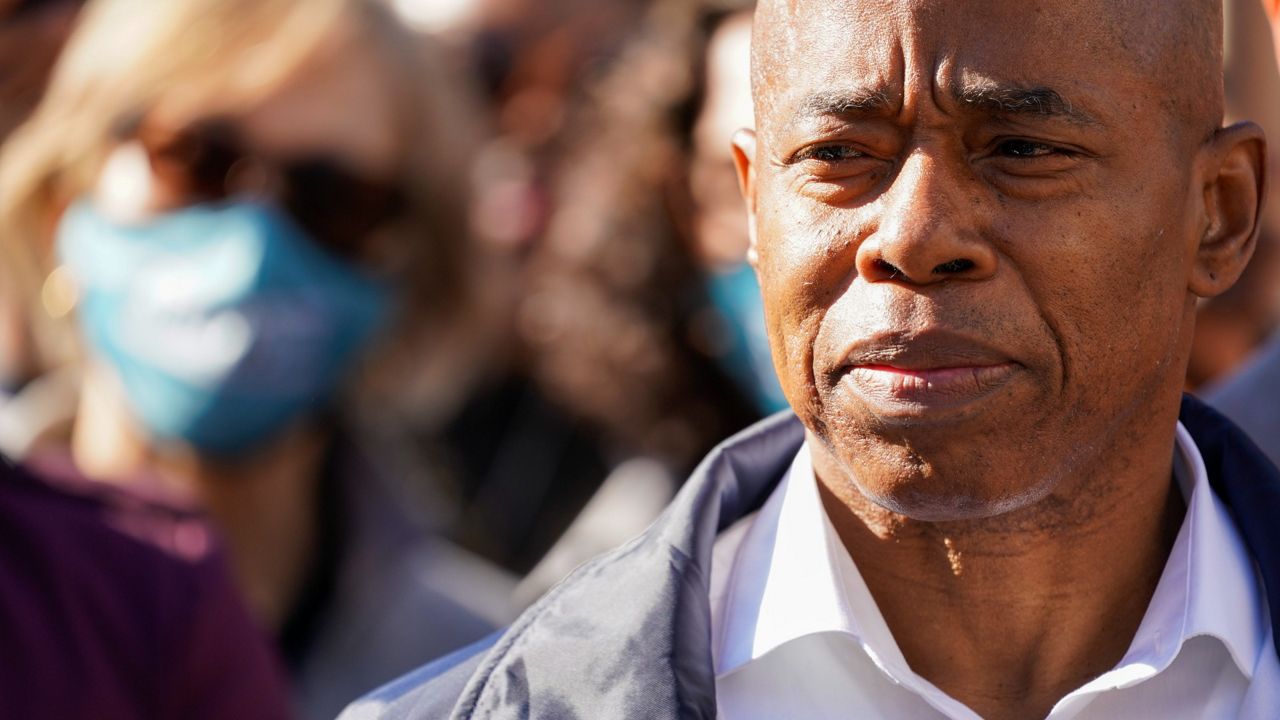 Adams told NY1 he plans to continue supporting New York City nightlife, which he called the "heart and soul" of the city. He said he'll also visit as many restaurants as possible, check in with overnight hospital workers and visit transit employees in the early morning hours.

"It's about this continuous city, and they too need to see their mayor," Adams said on "Mornings On 1."

The incoming mayor said he will be a man of action.

“I want to be considered a ‘GSD mayor’ — get stuff done,” Adams said.

"It’s time to end institutional poverty and inequalities in our city, and it’s time to stop being a city that’s too bureaucratic, too expensive and too difficult to do business in," he said.

Adams said the city is too dysfunctional, and that he will ask agency heads to find cost savings in their budgets, from 3% to 5%, without having any layoffs or furloughs.

"I think there's just too much waste and mismanagement, and I think in some cases fraud," Adams said.

Adams said he will work with the de Blasio administration as he transitions to City Hall to understand where funding is going and identify challenges.

On many issues, Adams will have to work with the new governor Kathy Hochul, who is a candidate for the position in the June Democratic primary.

They have both spoken highly of each other, and he even allowed her to speak at his victory party.

"And I'm looking forward to that partnership with governor Hochul and whomever is the governor in the years to come," Adams said.

Adams said he was disappointed with the relationship between former Gov. Andrew Cuomo and Mayor Bill de Blasio.

"During the height of COVID, we saw chief executives at each other's throat. That was not acceptable," Adams said. "It's not going to happen with me and whoever is in that governor's chair — I'm going to have a spirit of cooperation."​

Now it's time for Adams to start putting together his governing team, at the same time the New York political scene moves to San Juan, Puerto Rico, for the next few days.