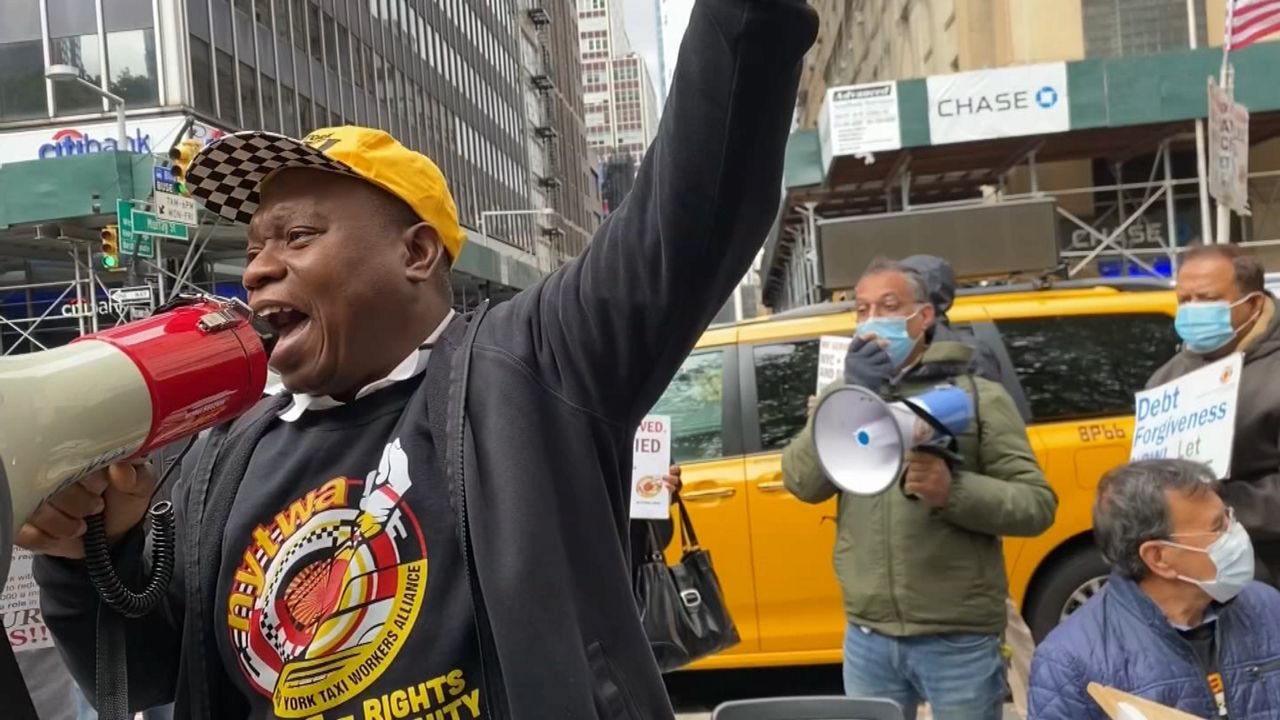 Wednesday was the eighth day of a hunger strike for New York City taxi cab drivers who want back what they say was theirs in the first place.

They’re demonstrating 24 hours a day in shifts in front of City Hall.

One of those drivers, Mouhamadou Aliyu, said, after begging for help for years, has no other options left.

“We have been put in a desperate position,” Aliyu said. “Because I’m dying.”

Driving a yellow cab in the city used to mean making a living, but not anymore.

Aliyu says the flood of e-hailing companies, like Uber and Lyft, have taken away his customers.

He blames the city for allowing it, without regulation.

“The city allowed over 100,000 cars to just do exactly what we were doing,” Aliyu said. “If I’m paying for a license, you should pay for a license, too.”

Aliyu says the app-based services have also destroyed the investment he made in his yellow cab medallion.

He calls the medallion “his shot at the American Dream."

The New York Taxi Workers Alliance, a union representing drivers, wants the city to pay off a portion of 4,000 drivers’ medallion debts.

Their proposal asks lenders to reduce debts to no more than $175,000.

Drivers would then get $30,000 from the city’s current program and turn that into a cash down payment, reducing the loan to $145,000 maximum.

“Sixty-five million is like peanuts, $65 million is a slap in the face.”

At Wednesday’s rally, demonstrators honored the nine taxi cab drivers who killed themselves in the last few years.

Advocates said they felt trapped by a cycle of debt.

Aliyu said he’ll stay outside City Hall chanting for change as long as it takes.

“All we’re asking City Hall to do is give us back our life,” Aliyu said “Why can’t you give me back my life?”