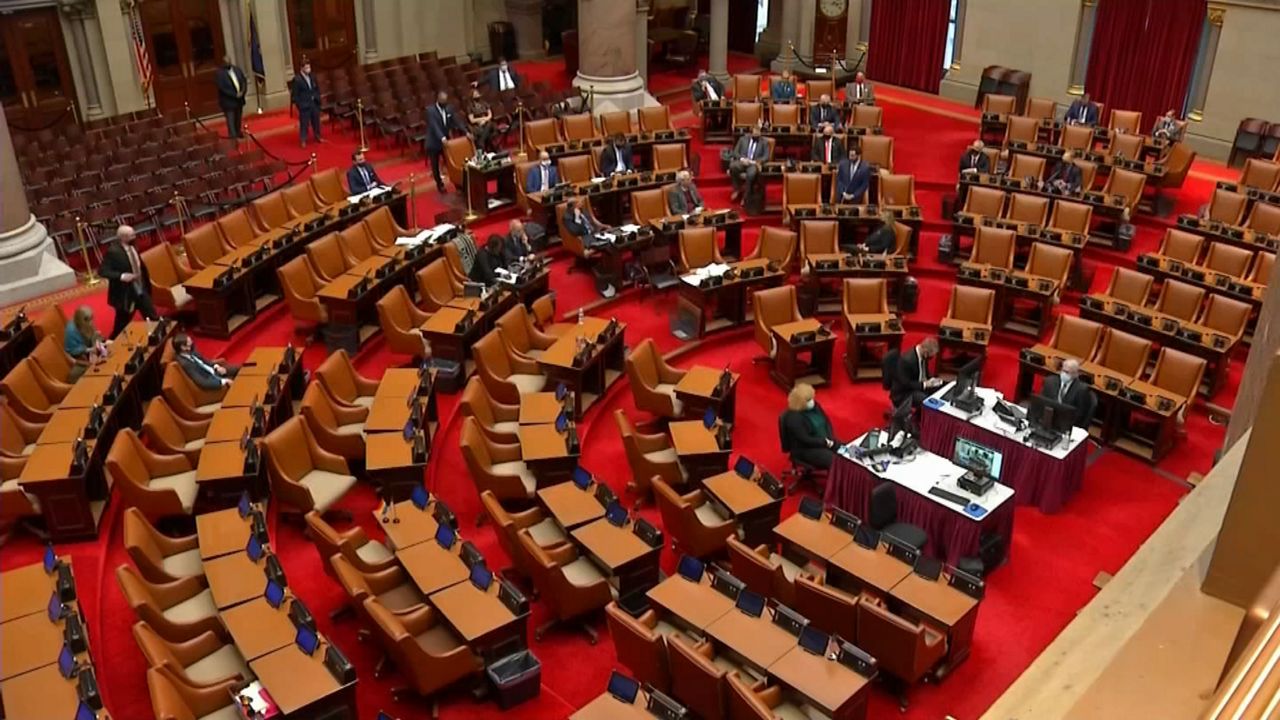 In the past few days, lawmakers have stepped into the courtroom to watch the laws they've passed play out in real time.

It's been a fact-finding mission of sorts for a group of legislators who say the crisis at Rikers Island is being fed in part by the failures of the criminal justice system, and they’re accusing the city's district attorneys of not following the spirit of new bail laws.


Lawmakers and advocates rallied outside the office of Manhattan District Attorney Cy Vance on Wednesday. They're specifically asking Vance and the other district attorneys to no longer ask for cash bail.

Assemblyman Zohran Mamdani said he witnessed judges and district attorneys routinely ask for bail during arraignments, even if the defendant made it clear they could not afford it.

"These five DAs are the ones who are putting people to their death," Mamdani said. "It's been twelve so far. How many more have to die before they stop asking for bail?"

During their visits, lawmakers say they've collected evidence showing city's five district attorneys are failing to follow the spirit of the law outlined in bail form which took effect this year.

"We think District Attorneys are violating the spirit of what our state's bail laws are. Bail just to remind everybody is about flight risk, that is it," State Senator Alessandra Biaggi told NY1 in an interview.

As part of a sweeping package to reform the state's bail laws, New York was supposed to eliminate pre-trial detention and cash bail as an option for most misdemeanors and nonviolent felonies this year. For the most serious crimes judges still maintain the option to set cash bail.

State Senator Jabari Brisport said he believes part of the problem is a wide section of the public still believes bail amounts are associated with the type of crime a person is accused of committing.

"People seem to associate bail based on the crime, the more violent the crime the higher the bail," Brisport said. "The person is innocent until proven guilty they have not gone to court yet."

Advocates say what is playing out in the courts is different. The vast majority of people held at Rikers are pre-trial detainees.

That wasn't much of a surprise for Zoe Adel, who works with Court Watch NYC -- a group of volunteers which sits in court and reports what they see as part of an effort they say keeps the system accountable.

"For so many of us, our understanding of what happens in courtrooms comes from tv," Adel said. "We see this completely different system at play that sells us this idea that we have a justice system and equality for all but when you're sitting in court you see how the system really treats people."

Manhattan District Attorney Cy Vance pointed to recent policy issued by the office which instructs prosecutors to not ask for bail in certain cases, but advocates say that isn't good enough.

Prosecutors point the finger back on legislators, saying the power to end cash bail rests with them. In response, some of the lawmakers said said they're rethinking the current bail laws.