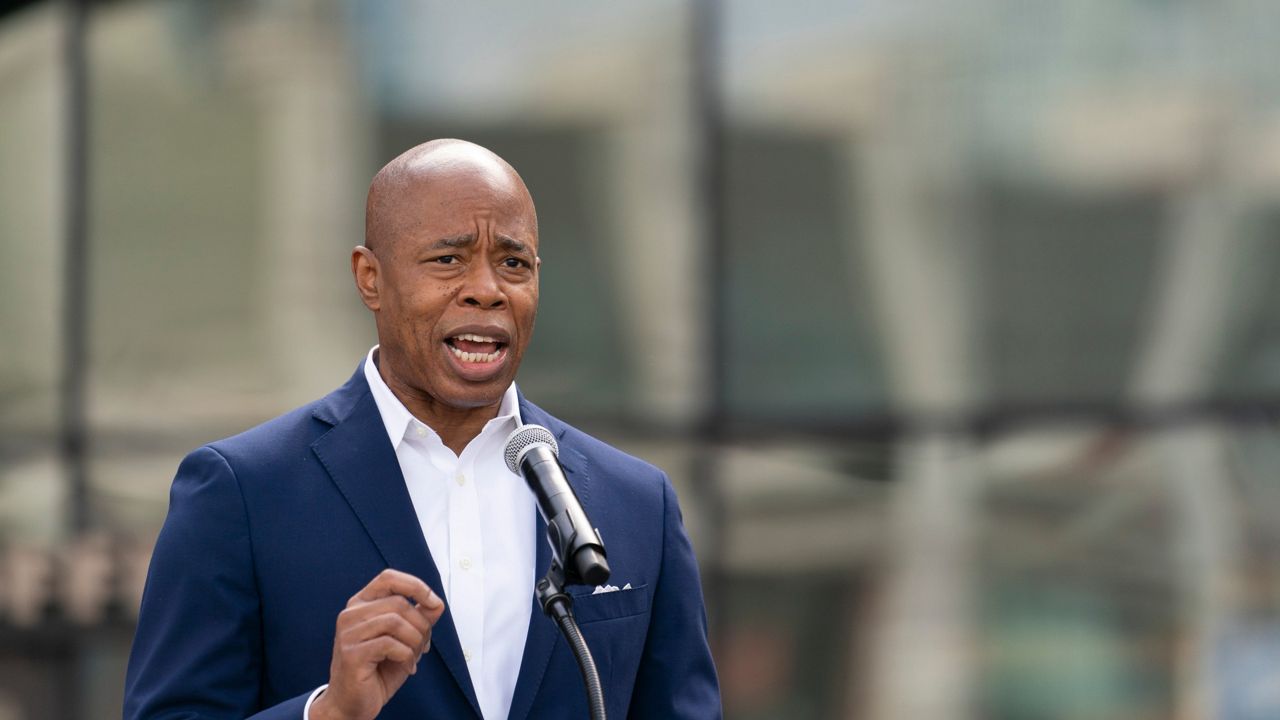 ‘This is the right time for my type of leadership’: One-on-one with mayoral front-runner Eric Adams

With campaigning over and votes cast, Democratic mayoral front-runner Eric Adams found a fitting way to spend the day after the primary election.

“Yesterday I stayed in my pajamas the entire day,” Adams said during an interview Thursday with NY1.

Adams, who received more than 250,000 first-choice votes on Tuesday, will go up against Republican primary winner Curtis Sliwa in the general election if he sustains that lead.

Adams said he’s shown support for groups like Sliwa’s Guardian Angels in the past, and even pushed the MTA to keep the safety patrol group on the subways despite opposition from transit police.

But Adams also said that Sliwa can’t ride his way to City Hall based off how he’s patrolled the subway system.

“We have to grow our economy. We need to deal with our educational system. We need to have a real health care system,” Adams said. “I believe that this is the right time for my type of leadership.”

In the final days before the primary, Adams criticized the Andrew Yang-Garcia alliance, calling it an attempt to suppress the Black vote.

He said he has no regrets about his comments.

“This city has New York grit, and I’ll be darned if I’m not going to share my opinions. That’s what’s so great about this city,” he said.

The city's Board of Elections will begin counting subsequent rounds of ranked-choice voting results on Tuesday, June 29. Absentee and affidavit ballots will get counted beginning July 6.

In the meantime, Adams said he still has a job to do as Brooklyn borough president, pointing to issues of crime and homelessness.

“I’m just going to continue to do what I have been doing for 35 years for this city,” he said.