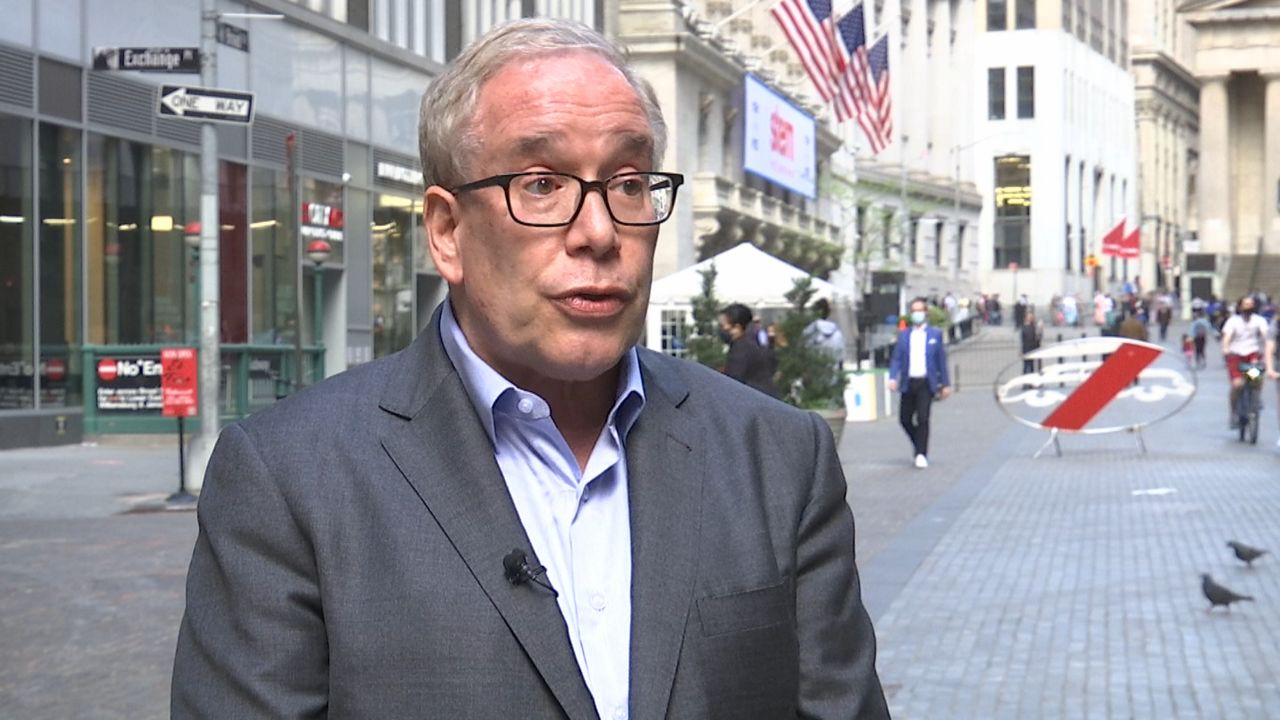 NEW YORK — More and more, Scott Stringer is standing on his own.

The Working Families Party said Friday it would rescind its endorsement of Stringer, two days after he was accused of sexual harassment by Jean Kim, a woman who said she worked on one of his political campaigns 20 years ago.

“The New York Working Families Party has made the decision to withdraw our endorsement of Scott Stringer," WFP State Director Sochie Nnaemeka said in a statement.

In an interview with NY1, Stringer said he expected to lose support.

"For those who can’t stay with the campaign, I respect that,” Stringer said. “They have to do what they have to do and I get it. This is a difficult situation.”

Shortly after the Working Families Party pulled its support, State Sens. Alessandra Biaggi and Julia Salazar and Assemblywomen Catalina Cruz and Yuh-Lin Niou — a slate of progressive women who had backed his campaign from its start — all pulled their support. Rep. Jamal Bowman also said he could no longer support Stringer.

The group issued a joint, short statement saying, “we are rescinding our endorsement of Scott Stringer’s mayoral campaign.”

It's a significant loss for the city comptroller as he faces mounting pressure from the party's left flank to leave the race. The Sunrise Movement, which endorsed his campaign last week also said it’s pulling its support, and State Sen. Jessica Ramos, one of Stringer's first backers, also pulled her endorsement.

Stringer denies the allegations made by Kim. He said the two had a consensual relationship and that she was a campaign supporter and donor. Stringer also alleged Kim tried and failed to get a job on his 2013 campaign.

"I respect her right to say whatever she says and I'm not going to judge her as a man, or somebody who she has accused," Stringer said. "The only thing I can say with certainty and with clarity is that those allegations are 110% untrue."

On Friday, the Stringer campaign accused Kim of working for Andrew Yang's campaign, pointing to a set of petitions Kim filed on behalf of a slate that included Yang and other candidates.

"I got no time to speculate about petitioning and who’s doing what,” Stringer told me. “If people like yourself want to ask questions, well, we’ve said, ask people questions.”

“I do not work and have never worked for the Andrew Yang campaign," Kim said. "I’ve never met him, and I have not decided who my choice is for mayor of New York City."

Sources said it was in part Stringer's response that led to the Working Families Party pulling its endorsement.

Nnaemeka said in part, "Jean Kim shared her experience of sexual assault and Scott Stringer failed to acknowledge and consider his responsibility for that harm."

In the meantime, Stringer’s opponents have pounced. Maya Wiley took to Twitter, accusing Stringer of trying to smear his accuser:

The smear campaign Scott Stringer is running against Jean Kim is obvious, disgusting, & a clear effort to intimidate someone who bravely came forward to tell a credible story of her sexual assault. https://t.co/nVdCWgeCA3

"When a woman comes out to describe something that is painful that in any way we should do anything to assault her character," Adams said.

Asked about calls to leave the race, Stringer showed no signs of backing down.

"The worst that happens is, I can’t make the case. But I will ultimately rely on the people who do the hiring and firing,” Stringer said. “It's not the endorsers, it's not my opponents; it's the people of this city.”