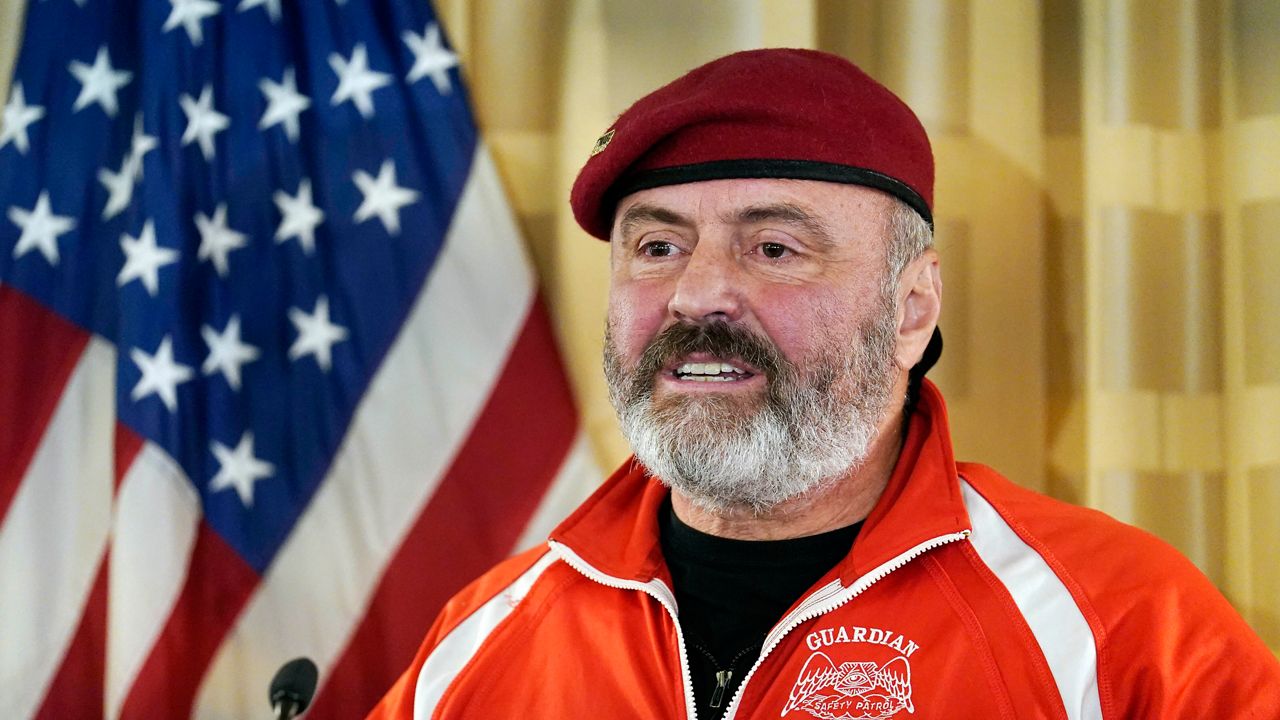 Why Curtis Sliwa Says He is Serious About Running For Mayor

NEW YORK — He’s been known for decades as a colorful New Yorker, often putting himself in the spotlight. But Republican mayoral candidate Curtis Sliwa on Friday told NY1 his campaign to succeed Bill de Blasio is a serious one, and he said his first focus would be on reducing crime.

Sliwa, a radio host and former NY1 political commentator, is new to the GOP, having registered as a Republican in 2020 after years in the Reform Party. The Staten Island and Brooklyn Republican Parties have endorsed his campaign — despite Sliwa not backing Donald Trump, who has wide support among many Republicans, especially on Staten Island. Sliwa said he did not vote for Trump, Joe Biden, or Hillary Clinton in the past two presidential elections.

While Sliwa was a notable supporter of former mayor Rudy Giuliani when he was in City Hall, on NY1 Friday evening he did not back Giuliani or Trump’s false claims that the presidential election was rigged.

“In terms of what he has done of late, that’s Rudy. As you know, I haven’t supported that. He’s a great mayor. I just couldn’t understand the direction that he was going in, in the aftermath of the election,” Sliwa said in a interview with NY1‘s Bobby Cuza on Inside City Hall. “But he’ll have to deal with that, as well as other individuals who were involved in the discussions whether the election was stolen or not. I don’t believe that. I say President Joe Biden was elected correctly.”

Sliwa said his bid was an effort to “resurrect us from the eight years of Bill de Blasio.”

“I think Democrats and Republicans can almost unanimously agree: this man has single-handedly…Bill de Blasio has destroyed this city that we so love,” Sliwa said.

Sliwa has been a critic of de Blasio for years, deeming his policies too far to the left. Now, after the spike in crime in 2020, he has entered the race for mayor with a central focus on public safety, something Republicans have hammered de Blasio for, even before the increase in violent crime.

“The number one issue that is on the minds of all the citizens, regardless of if they’re Republicans, Democrats, or independents, is crime. Public safety and the quality of life,” Sliwa said.

But while Sliwa is best known for founding the red beret-clad Guardian Angels — who became famous for patrolling the subway system and streets when crime rates were higher — he says his campaign will touch on a range of issues. Among his other campaign platforms:

In the interview, Sliwa also hammered Democratic mayoral candidates’ ambitious campaign platforms, arguing the city will not have enough money to fund their mandates. Instead, he presented himself as the future mayoral voice of fiscal reason in a city government that likely will be overwhelmingly filled with Democrats.

“I’m gonna be in a room with a lot of experts who know a lot more,” Sliwa said. “And all I’m gonna say to them, because of the fiscal constraint like in the 70s, what Ed Koch had to say: Show me how we can more of this with less money. Because we’re not going to have the money to do everything that a lot of the candidates are talking about.”

Sliwa has also attacked one of his primary foes, businessman Fernando Mateo — whom the Manhattan, Bronx and Queens Republican Parties have endorsed — for his involvement in a straw donor scheme, calling on Mateo to apologize for his role. Mateo was never charged with a crime.

But the Republican primary for mayor may end up having additional high-profile Republican competition. According to Sliwa, billionaire businessman John Catsimatidis — who owns WABC, the station where Sliwa’s radio show airs — is still considering a run. Sliwa told NY1 that Catsimatidis has been supportive of his run and mentors him. If Catsimatidis does launch a mayoral campaign, Sliwa said he would exit the race.