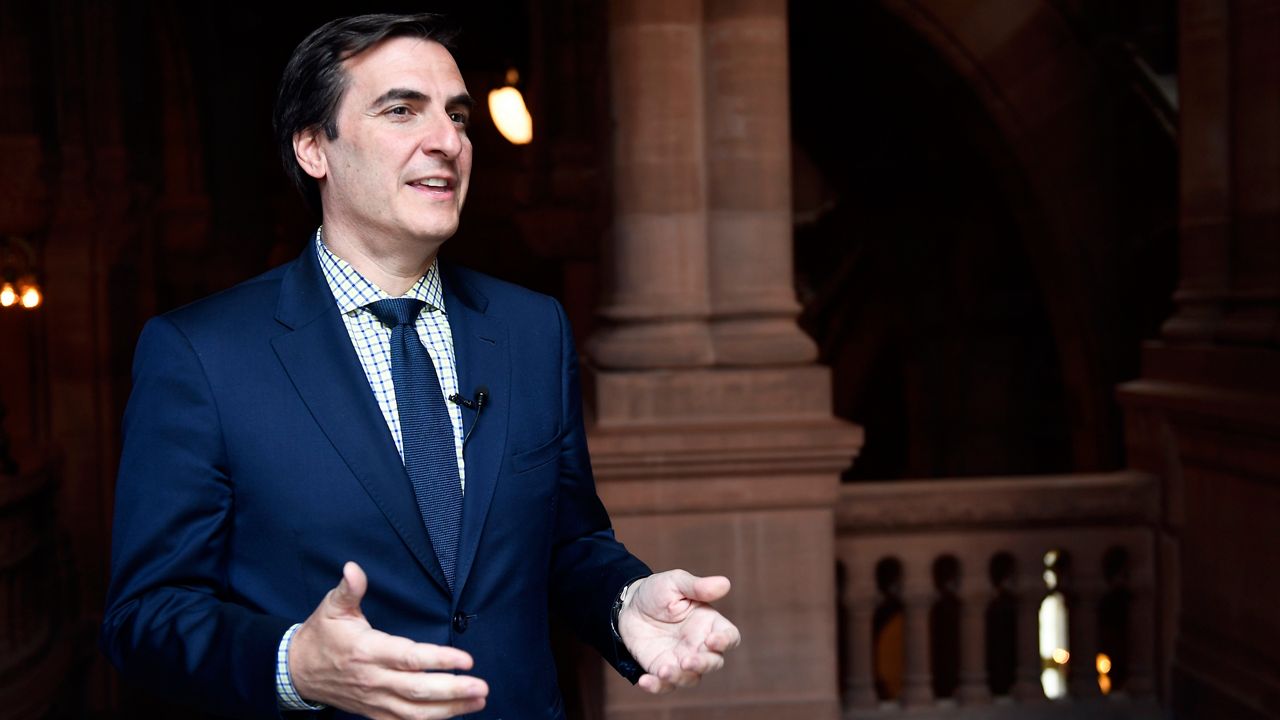 Gianaris Calls PBA an ‘Armed Political Organization,’ Says It Threatened Him in Tweet

The comment came amid a Twitter fracas that started in the afternoon after Gianaris needled the union after Nassau County State Sen. Kevin Thomas, a Democrat, declared victory on Monday, after having trailed his PBA-backed challenger, Dennis Dunne, in the initial count. Thousands of absentee ballots ended up in the Democrat’s favor.

“Hey @NYCPBA, behold the re-election of @KevinThomasNY and the 100% Democratic Nassau Senate delegation! You should really do a better job minding your members’ money,” Gianaris tweeted.

The PBA, which spent $1 million to defeat Thomas, responded by telling Gianaris to look over his shoulder.

Keep looking over your shoulder, Mike. You had to bring in your billionaire buddies and your Pres/VP candidates to barely squeak by. How much did you spend per vote? And how much will you have to spend after voters suffer through 2 more years in #NoBailNY? https://t.co/NkBTBcVKJA

In an interview on NY1, Gianaris called the tweet a threat.

“It’s certainly not something that a group, that represents over 30,000 people who are armed and have license to shoot their firearms throughout the city, should be making. I think the union has really lost its bearings, has gotten off the rails,” the Democratic state senator from Queens told Inside City Hall anchor Errol Louis.

He said even if the PBA meant the tweet as a political threat instead of a physical one, it was menacing coming from a union made up of armed officers.

Calling the @NYCPBA an “armed political organization,” @SenGianaris tells @InsideCityHall the union warning him to look over his shoulder is a threat.

He says the PBA wasted its members’ union dues by going after a state senator to send a message. #NY1Politics pic.twitter.com/Btp7rxaC7V

In a response to Gianaris’s comments on NY1, PBA President Patrick Lynch said in a statement, “Senator Gianaris and company are feigning ignorance. They know that they’re looking over their shoulders at voters who are fed up with the Senate Democratic conference’s anti-cop, pro-criminal agenda. The PBA will keep fighting against politicians who turn their backs on our members and the people we serve.”

Critics have questioned why the PBA poured so much money into a race that wasn’t even in New York City. While the PBA makes money from contributions, it also takes union dues from its members, whose salaries are ultimately paid for by New York City taxpayers. According to the PBA, about 3,000 of its members reside in Thomas’s Long Island district.

Sources told NY1 in October that the police union was angry with Thomas because he promised them he wouldn’t vote for a repeal of the law known as 50-a, which shielded police disciplinary records from public view. Lawmakers voted to repeal 50-a following clashes between police and demonstrators after the death of George Floyd in Minneapolis in May. Advocates had been pushing for its repeal for decades. Thomas was not the only senator to vote for it.

A Democratic Supermajority After All?

Like many Democrats in New York, Gianaris is now pleased with the party’s standing after disappointing results from the in-person ballots on Election Night. Initially, it seemed that Democrats would lose some state legislature seats or at least be denied an opportunity for a supermajority in the state Senate.

Now, with hundreds of thousands of absentee ballots being counted — and those ballots breaking mostly for Democrats — Democrats have pulled ahead in many races. Looking at the six state Senate races that are still undecided as of Tuesday evening, Gianaris, the state Senate’s deputy majority leader, tells NY1 there is a good chance the party could end up increasing its majority to at least 42 seats.

If that happens, the party would secure a supermajority that would allow it to override any veto issued by the governor. Doing so — assuming no Democrats broke away — could open the door for Democrats to enact progressive priorities Cuomo opposes, including a tax on millionaires and billionaires. Democrats already have a supermajority in the State Assembly.

When asked if the Democrats planned to take away some of Gov. Andrew Cuomo’s expanded powers the legislature allocated to him to respond quickly during the height of the pandemic, Gianaris said while the party was waiting to see how many senators it would have, he expected it would “reassert itself.”

“Going into next year, I think things are very different now. We are still in an emergency as it relates to the pandemic. But we do have a little bit more of a sense of how to handle it, and I would expect that the legislature intends to reassert itself — working in tandem with the governor,” Gianaris said. “He’s done many things right, and we’d be happy to partner with him to continue on those things. And on areas we disagree, we’ll certainly assert ourselves.”

Some experts wonder if a state legislature armed with a supermajority would lose swing seats in the 2022 state elections if it passes many items on the progressive wish list, such as a wealth tax. When asked if the party would moderate demands with such a large tent of varied interests, the state senator reiterated that he still thinks the tax is popular across the state.