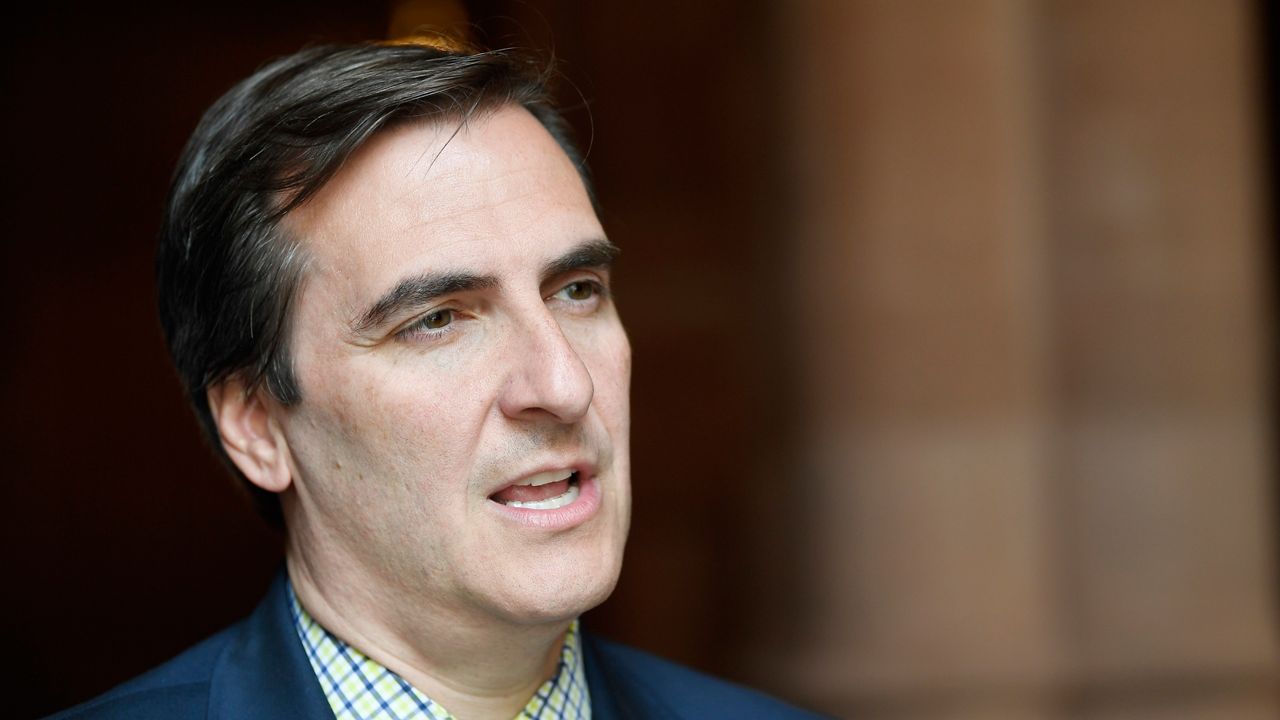 NEW YORK — State Senate Deputy Majority Leader Michael Gianaris said Thursday his conference would likely not use a supermajority to overturn any vetoes from Gov. Andrew Cuomo, but instead hinted that Democrats would use their power to gain more leverage in negotiations.

Democrats need just two more seats — 42 out of the chamber’s 63 seats — to get a supermajority in the state Senate. Doing so would allow them — assuming no Democrats broke away — to override any potential veto from the governor. That could open the door for Democrats to enact liberal priorities Cuomo has been opposed to, including a tax on millionaires and billionaires. Democrats already have a supermajority in the State Assembly.

Gianaris, who has been working to get more Democrats elected to the chamber, said in a Thursday evening interview with NY1’s Bobby Cuza that getting the supermajority would allow them to override the governor “in theory” when it comes to the “run-of-the-mill legislation or the budget,” but he pivoted to focusing on better negotiations.

“The governor has never had a veto overridden. I don’t know that it would ever come to that. But just the fact that possibility occurs tends to change people’s negotiating postures,” Gianaris, a Queens Democrat, said on Inside City Hall. “It would certainly give, in instances where the Senate and the Assembly can get together on issues, a better chance of having those priorities enacted the way we would like.”

Gianaris says he believes Democrats can pass their goals, including the tax, even without a supermajority. He said Senate Majority Leader Andrea Stewart-Cousins and Assembly Speaker Carl Heastie and Democrats support raising money to deal with the budget crisis from “those who can most afford it.”

With that, Gianaris hinted that having the supermajority would be beneficial, possibly to work around Cuomo on a tax.

“I would think that to the extent the governor agrees with us, that would be great. To the extent he doesn’t, the more leverage we have over that discussion, the better,” the senator said.

Gianaris and Cuomo have had a tense relationship in the past. Last year, the governor blamed him and other lawmakers for the collapse of the Amazon HQ2 deal, calling them “irrelevant.”

Movement for Scrapping the Board of Elections?

In recent days, Mayor Bill de Blasio has proposed overhauling the New York City Board of Elections amid huge lines for early voting that have led to hours-long waits for New Yorkers.

The mayor’s first proposal is a change that could take place immediately. He encouraged lawmakers in Albany to pass a state Senate bill that would professionalize the Board of Elections. It would give more power to the executive director to run the board more effectively.

The second proposal would change the structure of the board to operate more like the Campaign Finance Board, which is nonpartisan. This move would require approval by the state legislature and governor to change the model while staying within the constraints of the state constitution, which calls for representation from both political parties.

For his part, Cuomo also blasted the rollout of early voting, and called for an overhaul of the entire board, perhaps giving life to de Blasio’s efforts.

Gianaris was mum on if he supported such proposals. While he hit the BOE for not having enough early voting poll sites, and said he had a bill to require one site for every 25,000 voters, he deferred to State Sen. Zellnor Myrie’s election reform efforts. Gianaris says he believes there will be an evaluation of the board after the election.