The progressive movement within the Democratic Party is trying once again to flex its muscle in Queens.

She didn’t become Queens DA after a lot of drama, but Caban’s highly competitive campaign last year turned her into an influential player in Queens politics and one of the leaders of the progressive movement.

“One of the wonderful things about my campaign is that there are so many people who volunteered that are now running for office,” she said.

Three of those volunteers, Jessica González-Rojas, Nuala O’Doherty-Naranjo, and Joy Chowdhury, are now running in the Democratic Primary to unseat 12-year incumbent Michael DenDekker, whose Assembly district includes the neighborhoods of Jackson Heights, East Elmhurst, and parts of Woodside and Corona. 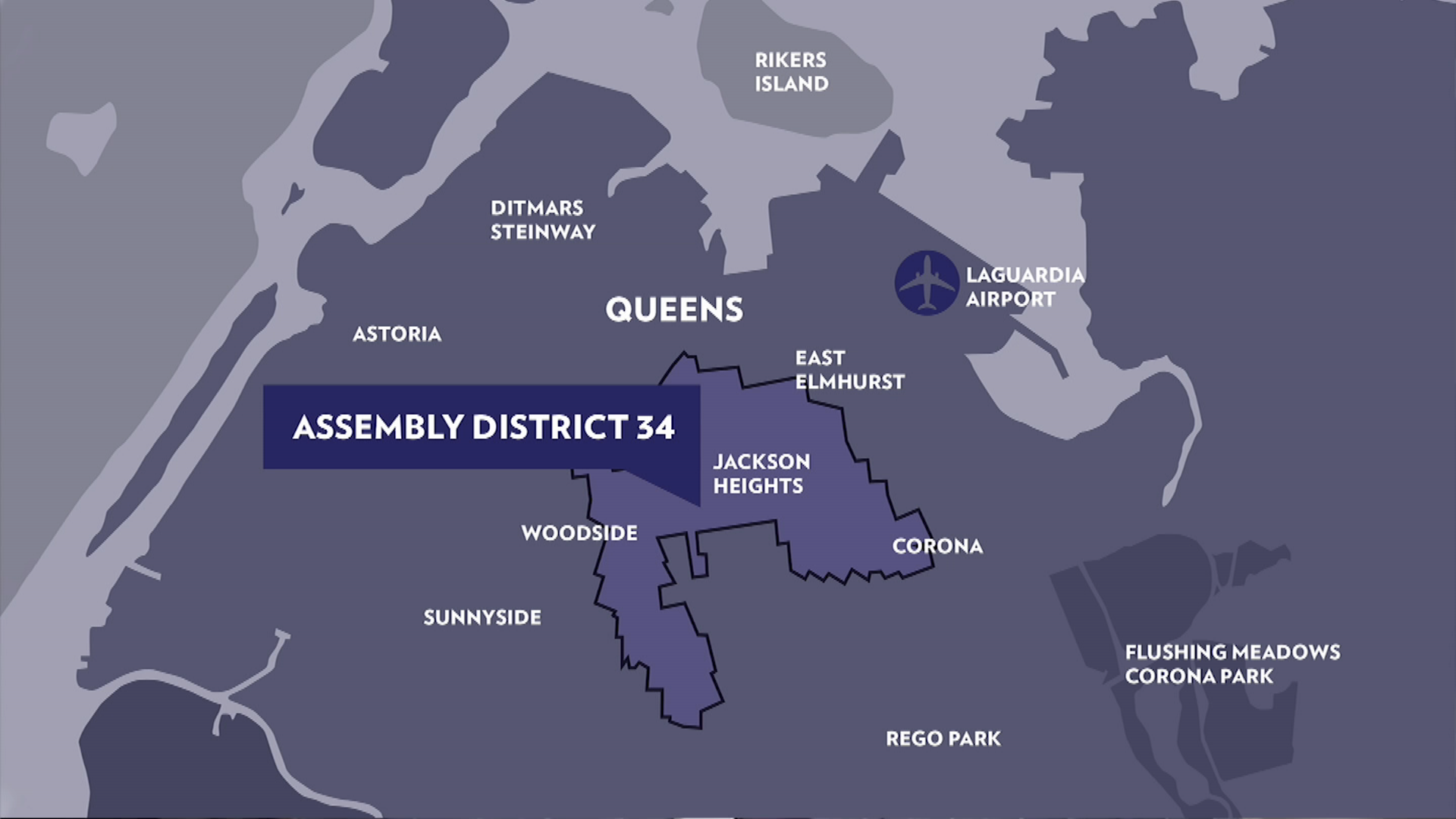 When asked if it was difficult to pick one former volunteer to endorse, Caban answered that, "Ultimately, I chose Jessica. I’m proud to be supporting Jessica for her vision.”

“I’ve been progressive before it was cool to be progressive,” said González-Rojas after being asked if she's the candidate farthest to the left.

However, not getting Cabán’s endorsement hasn’t stopped former prosecutor O’Doherty-Naranjo.

“She did support a more left candidate than myself," he said. "I get that, but I’m really still pushing for the changes she made, and I think we all look at the system differently because of that and that’s a very good thing.”

If elected, González-Rojas, who worked as the executive director of the National Latina Institute for Reproductive Health, would be the first Latina to ever represent in the Assembly the heavily Hispanic 34th District.

DenDekker is surprised she’s now running against him, given they’ve known each other for years and he even gave her a proclamation for her work in the community.

“Where have you been for the last 12 years, then?" he said. "Why did you wait all these years to run against me if I’m such an evil person?”

González-Rojas doesn't believe DenDekker is the right person for this moment.

DenDekker says that money came from officers, but not police unions.

“I’m a product of labor," he said. "And working men and women deserve representation regardless of who their employer is.”

State Sen. Jessica Ramos and Assemblywoman Catalina Cruz, two Latinas who represent parts of that district or neighboring areas, and who came to office riding a progressive wave two years ago, have decided not to get involved in this primary race.

How Many Democrats Want to Replace a Retiring Bronx Congressman? Make That 12.

Through Video Games or Live Streams, NYC Political Candidates Are Getting Creative With Campaigning During the Coronavirus Pandemic

Rep. Carolyn Maloney on the Defensive as Three Challengers Take Her on in NY1 Debate

Rep. Engel and Challenger Jamaal Bowman Clash in NY1 Debate on Policing and the Black Experience