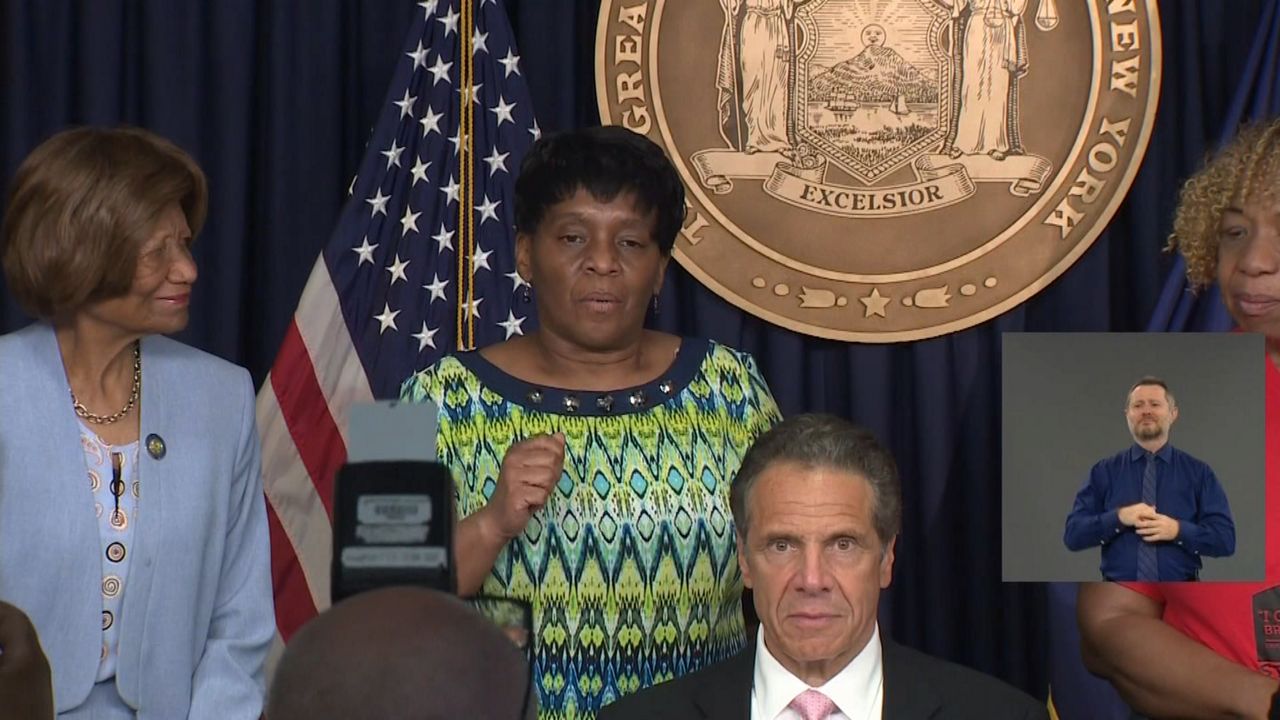 Joined by mothers whose children were killed in incidents with police, and flanked by legislative leaders, Governor Andrew Cuomo turned long-sought after police reform legislation into law.

The bills, many of which have languished in Albany for years, suddenly jumped to the front of the agenda this week in the wake of George Floyd’s death and the massive protests that followed.

"You know, we are at a moment of reckoning, there's no question about it. And I am just so thankful that I have a historic role at this moment," said state Senate Majority Leader Andrea Stewart-Cousins. "I have an opportunity of leading 40 Senate Democrats who unanimously decided this was the time."

The new laws include a ban on police chokeholds; the appointment of a special prosecutor in cases where civilians are either killed or hurt by police; making it a crime to make a fake, racially biased 911 call; and most prominently, a repeal of 50-a, the law that was used to shield police disciplinary records from the public.

Cuomo also signed an executive order requiring local governments to reinvent their police departments. Localities that do not make changes by April 2021 will lose state funding.

"We’re not going to be as a state government subsidizing improper police tactics. We’re not doing it," the governor said. "And this is how we’re going to do it. I’m going to sign an executive order today that will require local governments and police departments all across the state - about 500 - to develop a plan that reinvents and modernizes police strategies and programs in their community."

"To say that every mayor must come up with a plan along these areas or they will withhold state money is a model for where we ought to be dealing with 21st century civil rights in this country," said the Rev. Al Sharpton. "Make no mistake: this is a new level that all other 49 governors ought to look at."

The legislature passed a total of 10 bills, but Cuomo only signed four of them. They also passed a bill affirming a person’s right to film a police officer while they are making an arrest, among other reforms. It remains to be seen if Cuomo will sign those.