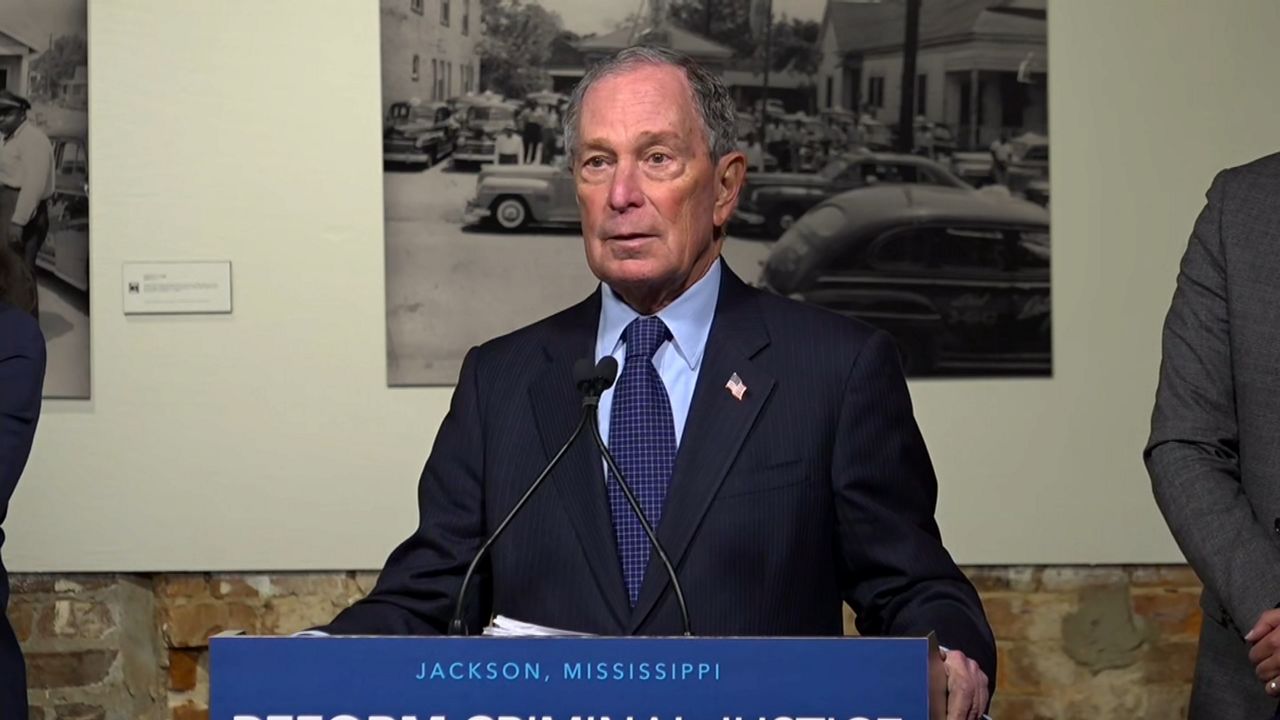 Bloomberg's Record Scrutinized as He Unveils Proposals to Reduce Incarceration

Michael Bloomberg on Tuesday was again in the South, in a city where the vast majority of residents are African American.

He once again was talking about stop-and-frisk.

"On the practice of stop-and-frisk, I certainly got it wrong and I regret that and I am sorry," he said.

The mayor chose Jackson, Mississippi, to unveil the first proposals of his campaign — all on criminal justice. He did it alongside one of the state progressive leaders, Jackson Mayor Chokwe Lumumba.

"The issue of stop-and-frisk," Lumumba said at the event. "I applauded Mayor Bloomberg for acknowledging the failure there."

Last month, Bloomberg apologized for stop-and-frisk for the first time, saying the prolonged use of it by his police department had been a mistake. That apology was seen by some as political expediency; he announced his run for president a week later.

It was an apology he was asked about, yet again, in Jackson.

"I wish I was right every time in my life, but in 77 years, one of the things I've learned is that you are not right all the time," the mayor said. "But I have also learned that when you make a mistake, you fess up to it, say I am sorry, learn from it, and try to do better the next time. And that's exactly what I am doing."

Bloomberg is trying to put the issue to rest. He unveiled proposals aimed at reducing incarceration, including suggesting states eliminate the use of cash bail for non-violent offenders.

"It also means reforming our broken and discriminatory bail system," Bloomberg said. "No person should ever sit behind bars because their skin is dark or their pockets are empty."

While there, Bloomberg touted reducing the incarceration rate while in office. And he said he wanted to cut youth incarceration in half by the end of his first term.

"Imagine the hopelessness they must feel," the mayor said.

Of course, what Bloomberg left out was shortly after he left office, the U.S. Attorney found Rikers Island had a deep-seated culture of violence, especially for young inmates. That happened while Bloomberg was in charge.

Mike Bloomberg Is Worth About $54B. Is That Actually a Weakness For a Democrat Now?