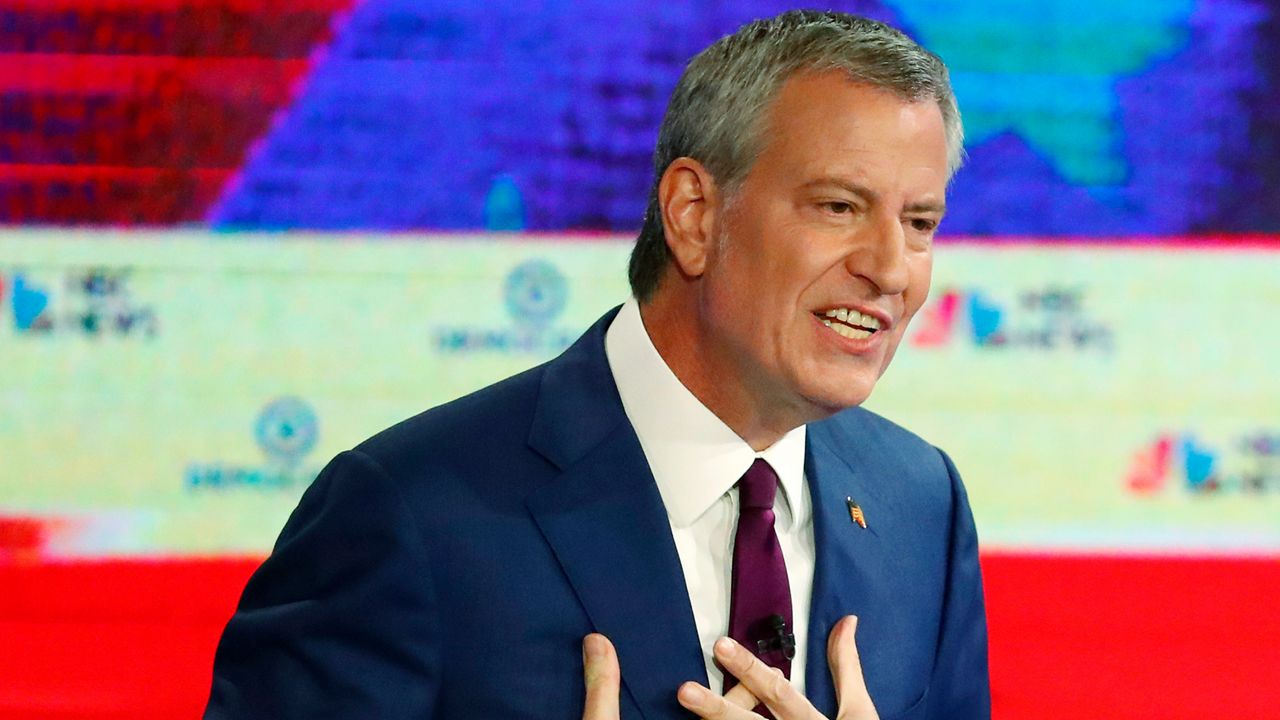 What de Blasio Did in His First Presidential Debate

It was a difficult thing to stand out in such a crowded stage, but New York City Mayor Bill de Blasio went toe-to-toe with other fellow Democrats running for president.

"This Democratic Party has to be strong, and bold, and progressive," he said on the debate stage Wednesday night in Miami. "And in New York, we've proven that we can do something very different: we can put money back in the hands of working people."

De Blasio barely qualified for the debate, given his low poll numbers, which are below one percent. So engaging more popular contenders, like former Texas Rep. Beto O'Rourke, was a necessary move.

"Private insurance is not working for tens of millions of Americans. When you talk about the copays, the deductibles, the premiums, the out-of-pocket expenses, it's not working," de Blasio told O'Rourke. "How can you defend a system that's not working?"

De Blasio and Massachusetts Sen. Elizabeth Warren were the only two candidates to raise their hands when asked whether they would change their medical plan for a government-run one. Health care was one of the many topics. Candidates also discussed the economy, guns, and immigration.

"For all the American citizens out there who feel you are falling behind, who feel the American dream is not working for you," de Blasio said looking into the camera, "the immigrants didn't do that to you; the big corporations did that to you."

De Blasio spoke about his record in New York, and also about his family, making an argument that years ago got him in trouble with many members of the NYPD:

"For the last 21 years I've been raising a black son in America, and I have had to have very, very serious talks with my son Dante about how to protect himself on the streets of our city and all over this country, including how to deal with the fact that he has to take special caution because there's been too many tragedies between our young men and our police, too."

It was de Blasio's first chance on the presidential stage, and he made sure his message was clear, even repeating his most popular line: