These can crucial to successful congestion pricing, say experts from London, which dramatically beefed up bus service before the charge took effect. Shanel Dawson/NY1.

In 2003, London became one of the first cities in the world to implement congestion pricing.

Now, with 16 years of experience, experts there say they have a few things to teach New York about how to make the program a success — and what traps to avoid.

1. Sweeten the deal. To give drivers an alternative, London dramatically beefed up bus service before the charge took effect, increasing the number of buses into the congestion zone by 27 percent. Rush-hour ridership spiked 38 percent. But a similarly effective move could prove elusive in New York: London's bus ridership is three times higher. 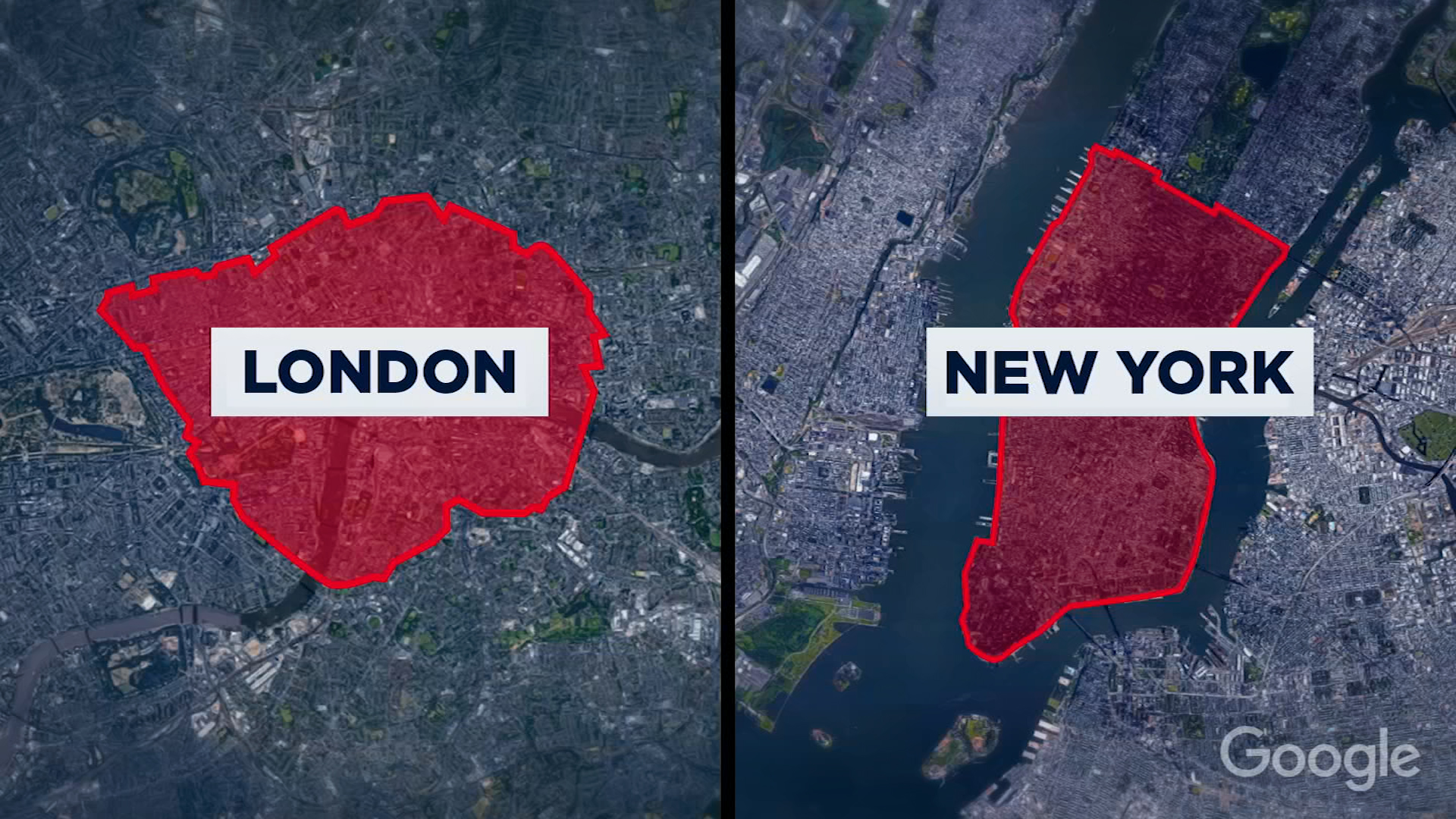 2. No free rides. New York is already confronting another pitfall: which groups to grant exemptions. Truckers, taxi drivers, and NYPD officers are among those seeking a break. London's advice: Just say no. "That's worked really well, because whenever any group or individual says they need an exemption, you can say, 'Nobody gets one, so that's why you don't get one," said Isabel Dedring, who helped implement the congestion charge as a top-ranking official at Transport for London. "And people have come to accept that."

3. Be prepared to shift gears. Times change, and London has been flexible enough to adapt: It has taken some groups off the exemption list over the years, including Uber, and recast the system as a tool to fight pollution. The congestion zone now doubles as an Ultra Low Emissions Zone, with older, more polluting vehicles charged an extra fee.

4. No turning back. London's system has never come under serious threat of being undone. Now, the emissions zone is set to be dramatically expanded. "I think it's almost inevitable that cities like London and New York are going to look beyond the initial zone," said Tony Travers, professor of public policy at the London School of Economics.

5. Go for it. London saw immediate results, and the system quickly gained public acceptance. Former Mayor Ken Livingstone's advice: "Just do it as quick as possible."