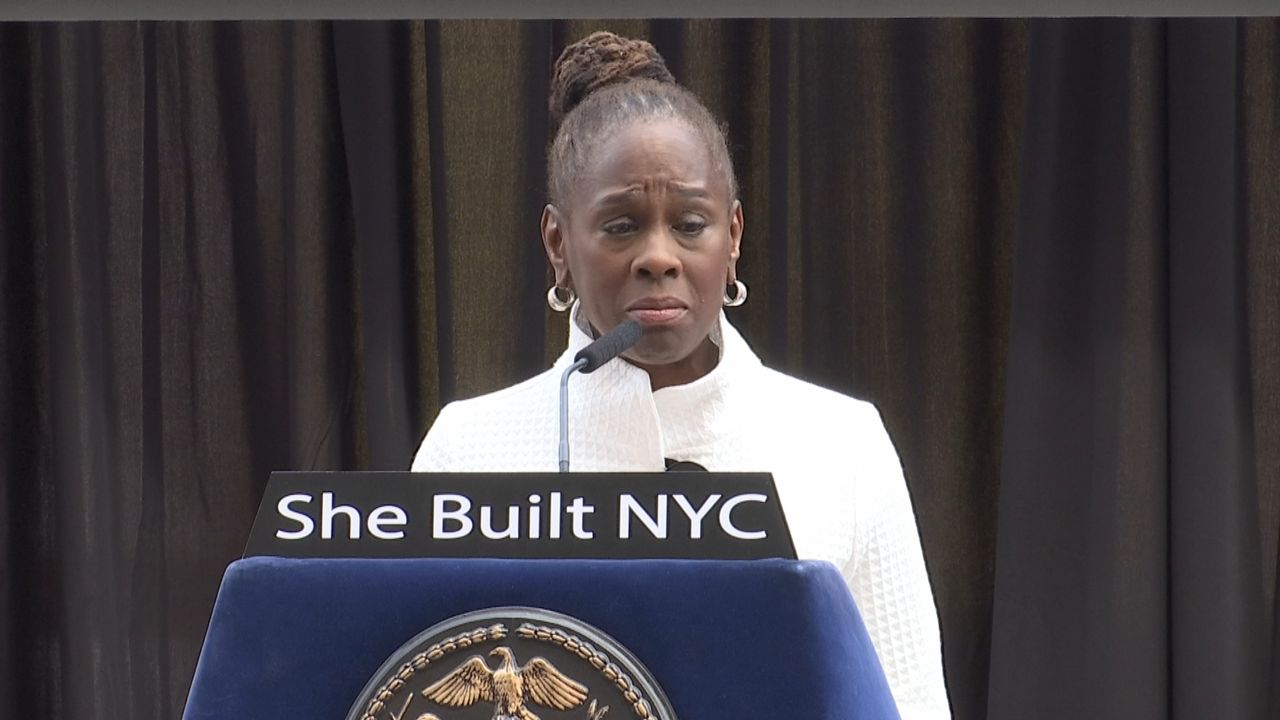 New York City's first lady, Chirlane McCray, is defending the performance of her $850 million mental health initiative, known as ThriveNYC. As its budget and work keep growing, lawmakers and others are starting to scrutinize its work and question whether the program is effective.

"We can prevent many mental illnesses, we can certainly intervene, but we just haven't been doing it," McCray said Wednesday. "That's why we have Thrive."

A recent Politico New York report found the initiative has "operated without much scrutiny or accountability" since its launch in 2015.

City Comptroller Scott Stringer has set his sights on it as well. He says he has asked City Hall for a "treasure trove" of information about the program.

"This administration is not known for its transparency," Stringer told NY1. "This is an $850 million important program. Mental health services are critical to the lifeblood of our city and to the people we represent. But we also have to see if these programs are working. We have to assess that."

Under Mayor de Blasio, NYC has spent about $850 million on its mental health wellness program, ThriveNYC, run by @billdeBlasio's wife Chirlane. But, as @errollouis points out, there are concerns over whether the city actually knows if that money is producing results. #NY1Politics pic.twitter.com/xWJUBr8Gxo

At an unrelated news conference in Brooklyn on Wednesday, McCray pointed to the popularity of the city's mental health hotline as an example that ThriveNYC is a successful initiative. She said more than half a million people have called NYC Well since October 2016.

.@NYCFirstLady facing barrage of questions about her mental health initiative ThriveNYC, which has been criticized for a lack of accountability. She says the program is completely transparent. “People are not necessarily asking the right questions” about the program, she says.

But when NY1 asked how many of those people got the health services they needed, McCray admitted it was difficult to track.

Questions about ThriveNYC are sure to keep coming, especially given that city agencies are being asked to cut their own budgets back for the first time in years and figure out what's working.