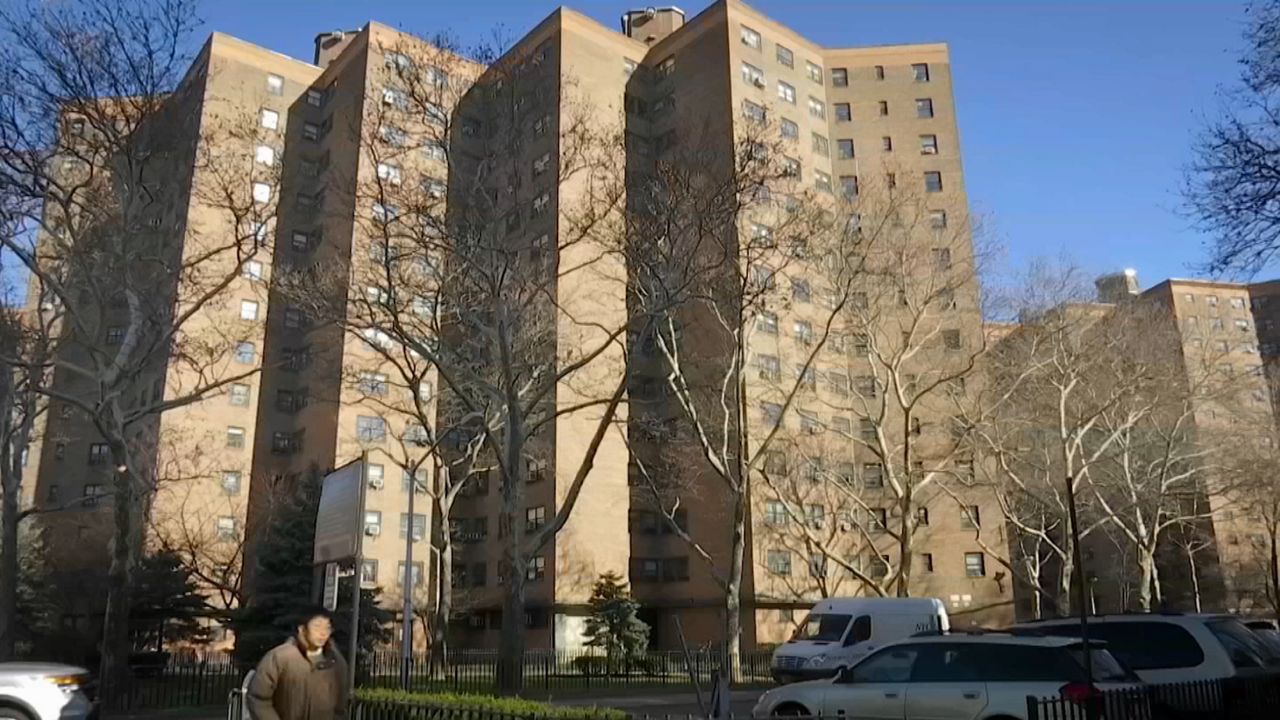 NYCHA will be overseen by a federal monitor with sweeping oversight as part of an agreement reached by the city and HUD.

The New York City Housing Authority will be overseen by a federal monitor with sweeping oversight as part of an agreement reached by the city and the federal Department of Housing and Urban Development on Thursday.

The settlement, announced by U.S. Housing Secretary Ben Carson and Mayor Bill de Blasio, resolves a lawsuit in which federal authorities filed on behalf of the system's 400,000 tenants.

According to a press release from the Department of Housing and Urban Development (HUD), HUD and the U.S. attorney for the southern district of New York's office will select the monitor. That monitor will submit reports to the agencies that will be made available to the public.

Carson said HUD and federal prosecutors will have a monitor "within the next couple of weeks," and said HUD would not micromanage public housing in the city.

HUD said as part of the agreement, which will take effect immediately, the city will also commit at least $2.2 billion in funding over the next 10 years to address issues at NYCHA buildings, such as lead paint, mold, and heating issues.

According to HUD, its agency will provide an estimated $1.5 billion to NYCHA this year. The agency says that funding will continue as part of the agreement.

The deal was cast as expansive, setting benchmarks for dealing with lead paint, mold, elevators, and heating issues.

It also requires the city to fix lead paint hazards, like chipped paint, in apartments with children under the age of six within the next 30 days. City Hall told NY1 that means they have a month to paint 2,850 apartments.

.@NYCHA has to do a lot of lead inspections fast... pic.twitter.com/33fPRfOqlr

But other areas are less timely or simply set-in-stone commitments that the city has already made. For instance, the city has 20 more years to fully abate or completely remove lead paint from all NYCHA apartments.

The Thursday agreement also stipulates that City Hall and HUD will select a new public housing CEO. It's unclear how long the current CEO, Stanley Brezenoff, will remain in his role. Federal officials will help City Hall come up with a list of candidates and interview them, but he mayor still has final say.

Carson said on Thursday that the agreement is a "positive outcome." De Blasio called it "a partnership to get things done for the residents."

Carson, the top housing official in Republican President Donald Trump's administration, said that he and the Democratic mayor "were able to put aside any political differences and think about, what would provide the right kind of environment for the people here?"

Thursday was the scheduled deadline for the city, HUD, and the U.S. attorney's office to come up with an agreement on a repair plan. In December, Carson threatened to put the New York City's public housing agency in "substantial default" — a technical move and the first step towards a federal takeover — if the housing agency did not come up with a satisfactory plan by January 31 to repair the housing stock.

That HUD letter came just two days after de Blasio released a new plan to fix NYCHA, trying to reverse decades of neglect. That would have paid for about $24 billion worth of repairs over the next 10 years. The housing authority says the need is $32 billion. The mayor said that the Thursday agreement does not scrap the "NYCHA 2.0" plan.

There were some in the Trump administration who thought a federal takeover would be a good idea. Lynne Patton, the regional administrator for the Federal Housing Department, has been taking to Twitter, blasting the conditions NYCHA tenants face. She previously tweeted that she favored a federal takeover.

De Blasio has blamed years of neglect by the state and federal governments as well as previous mayoral administrations for NYCHA's ills and insisted that a federal takeover would only make things worse. He argued that receiverships have had mixed results around the United States.

"Let's be clear: Anyone who thinks oversight by anybody but local officials is going to make things better, I urge people to look at the history," the mayor said in a radio interview last month. "These receiverships, at minimum, are a mixed bag. Some of them turned out very poorly. Some of them involve privatization. Some of them involve tearing down public housing in different cities."

In November, a federal judge rejected a proposed settlement agreement between federal prosecutors and the housing authority that would have given billions of dollars of funding to NYCHA and installed a federal monitor. U.S. District Judge William Pauley, after hearing testimony from tenants, said that earlier settlement wouldn't do enough to improve conditions. He suggested the federal government should take over the authority and gave the city a mid-December deadline to file papers outlining a repair plan to avert a federal takeover. The deadline was later extended to January 31.

HUD and the U.S. attorney's office for Manhattan said this new settlement won't be subject to judicial approval because the lawsuit is being withdrawn.

Asked how the agreement differed from the consent decree that Pauley rejected, de Blasio said, "You will see this has a whole host of tangible goals on heat, vermin, lead, you name it. I think that's an improvement for all of us."

Nicole Gueron, a lawyer for City-Wide Council of Presidents, Inc. and At-Risk Community Services, Inc., two groups that advocate on behalf of public housing residents, said she was pleased the issues have finally gotten the attention they deserve.

"While we are disappointed that HUD and the city didn't invite residents to participate in the negotiations that led to the agreement, and we are troubled that the funding commitment is still woefully inadequate, we are pleased that the agreement requires the monitor to engage with residents, who stand ready to work with all stakeholders to improve conditions at NYCHA," Gueron said.

U.S. Attorney Geoffrey Berman said in a statement that the agreement goes beyond the earlier consent decree by providing "strict, enforceable standards that NYCHA must meet by particular deadlines for the five critical living conditions, including requiring both the immediate remediation of lead paint in apartments with children under 6 years old and, over time, 100 percent abatement of all lead paint in all NYCHA developments, as well as a change in NYCHA leadership."

NYCHA is the nation's largest public housing authority, with some 400,000 residents.

Tenants have complained for decades about rodents, mold, and heat and hot water outages. Authority chairwoman Shola Olatoye resigned last year after an investigation revealed that Olatoye had certified that NYCHA had conducted lead paint inspections over a four-year period, beginning in 2013, when the agency had not.