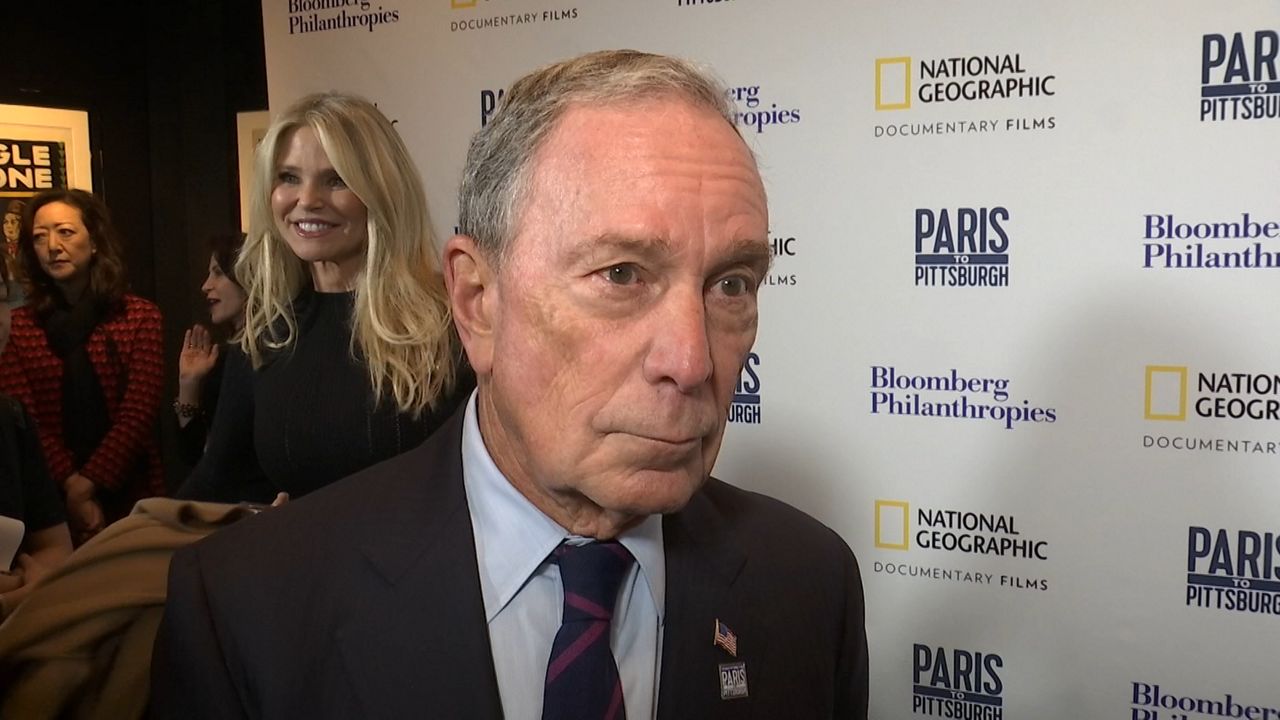 First, there was the 2008 cycle, when then-Mayor Bloomberg left the Republican Party, fueling speculation he would run for president as an independent. He ultimately took a pass.

"I've thought long and hard, it's been very flattering," he said at the time.

A similar sequence played out in 2012 and 2016, when Bloomberg determined he had no path to victory and could in fact throw the race to Donald Trump.

This time around, he's decided his best shot at winning is as a Democrat.

"At this moment, we must send a signal to Republicans in Washington that they have failed to lead," the former mayor said in a video on Twitter.

Bloomberg publicly announced his registration change in October, and poured $110 million into U.S. House of Representatives races on behalf of Democrats.

And he's been barnstorming the country, including this week a trip to Iowa, home to the first-in-the-nation nominating contest. Ostensibly, he was there to promote a new climate change documentary he helped fund. But he also attended events focused on renewable energy that had the feel of campaign stops, and had private meetings with top Iowa Democrats.

In interviews, he seems to be rehearsing his pitch to voters: "I have a lot of experience which would be useful if I was president of the United States. That doesn't mean I'm going to run."

But it's no secret he's seriously considering it. Bloomberg, who premiered the documentary Monday night in Manhattan, is even thinking ahead to what might become of his business, Bloomberg L.P., telling an interviewer he'd likely sell or put the business into a blind trust if he won the White House.

But first, he has to decide to take the leap, a call he says he'll make in the next couple of months.

Also early next year: an updated edition of his 1997 autobiography, "Bloomberg by Bloomberg," will hit shelves — a common move, it should be noted, made by serious presidential contenders.