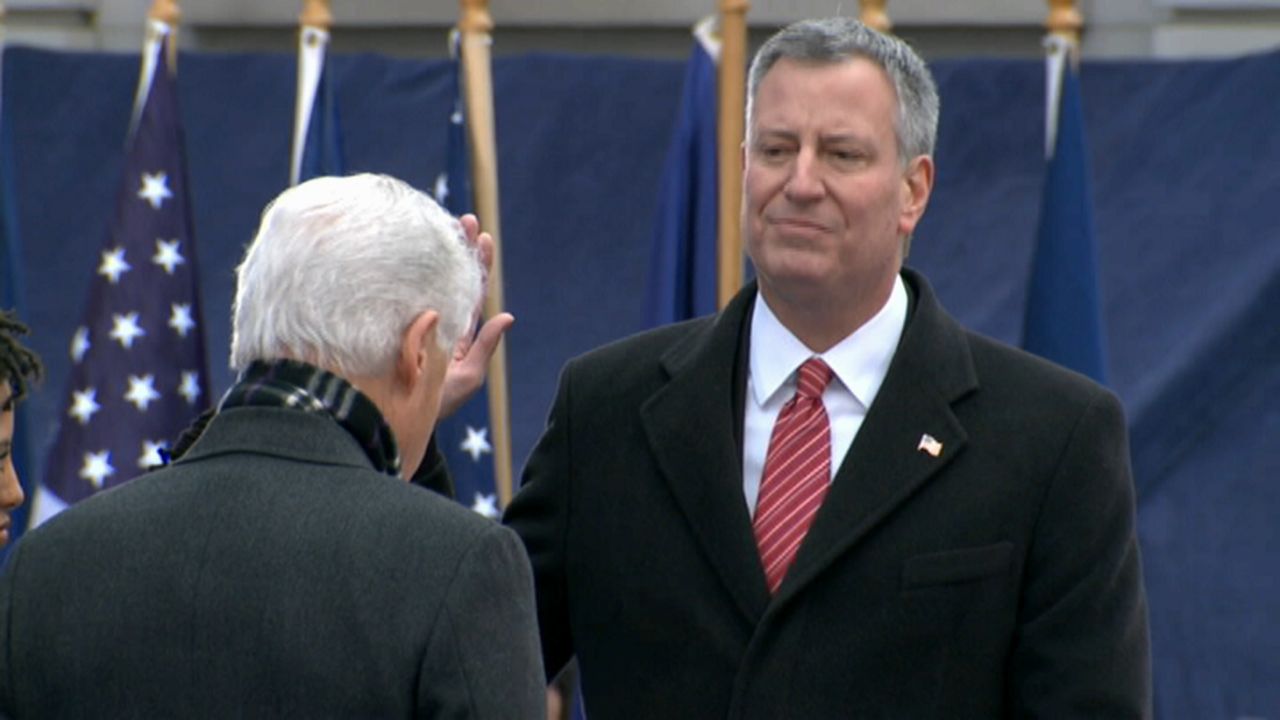 During his earliest days as mayor, Bill de Blasio was fixated on national politics and his national profile, according to emails between the mayor and outside advisors that City Hall released Thursday.

The emails are part of more than 14,000 pages of documents that City Hall released in response to public records requests filed more than two years ago. The mayor was forced to turn them over after NY1 and the New York Post successfully sued de Blasio to gain access to other emails he exchanged with outside advisors, known as "Agents of the City."

The latest email dump show that de Blasio had been mayor for less than a week when he started planning his first round of out-of-town trips — four in all.

"I'm generally going to be VERY modest, local and travel-adverse this year. But Ohio is the center of the political universe and I love it there," he wrote. "I do want to project the progressive message nationally."

The following year, the emails show, de Blasio tried to project that message to an even larger audience through the creation of his national Progressive Agenda group. He aspired to host a presidential candidate forum, but it never got off the ground.

When advisors pitched the forum to CNN because an aide had a connection there, the mayor was dismissive:

"I find it laughable that something of this magnitude is being considered through the prism of who has a personal relationship with the network. We are way, way past that," de Blasio wrote.

More than a month later, with little apparent interest in the event, he changed his tune: "Push them hard," de Blasio told his team. "I don't take well to total defeat."

By the end of August, he didn't seem to care where the candidate event was held — just that it happened: "We need a forum so go get me one any way, any how!" he wrote. That fall, the mayor's group officially pulled the plug on the idea.

The documents show the mayor leaning heavily on John Del Cecato, a media consultant who was not employed at City Hall.

The mayor "would like to start talking to you daily," an aide wrote Del Cecato in 2015

De Blasio also turned to him to vent about his staff: "The team is missing both the big picture and opportunities," he wrote.

De Blasio also lamented that he's "not treated with the respect of previous mayors."