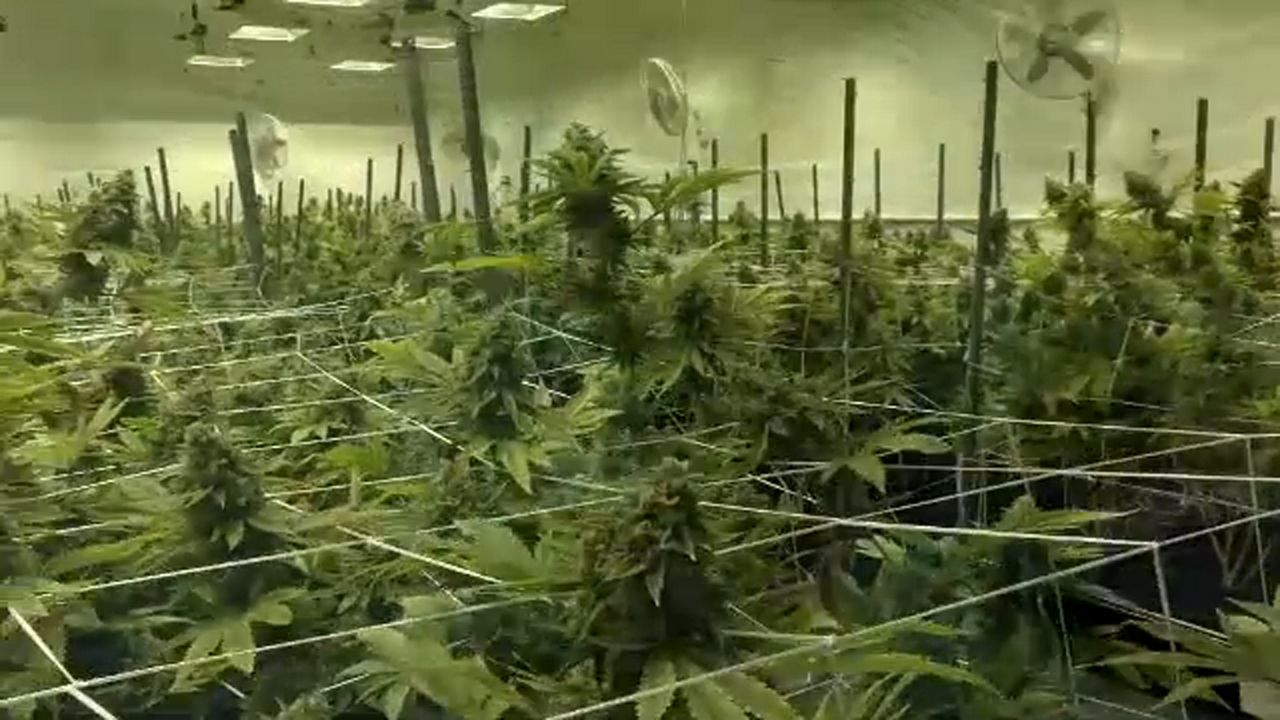 It's an otherwise ordinary industry meetup: Professionals mingling, networking, listening to speakers. Except, the industry is marijuana.

Since its inception four years ago, CannaGather and the industry have grown up fast.

In New York, it may be illegal to grow or sell marijuana, but there's lots of other ways to make money off of it.

"We're cultivators, as well as lighting experts," one man said at the industry meetup.

"I help make additives for vape pens," said another.

"Industrial hemp-focused," said a woman at the meeting.

"We are corporate cannabis lawyers," said one man.

"There are a lot of companies that are coming up, primarily on the ancillary side, that don't touch the plant directly," said Josh Weinstein, the founder of CannaGather. "Who are leading the charge not just in New York, but around the country."

LeafLink is a digital platform that connects marijuana brands with marijuana dispensaries. It has raised $14 million in funding and is growing.

It moves into new lower Manhattan office space next week. But LeafLink's clients are in places like California and Colorado. It's a New York tech startup forced to do business outside New York.

"When we speak to people in New York, everyone's like, 'Oh wow, this is kind of a real industry,'" Smith said. "And everyone that's our clients — the thousands of companies that use LeafLink — have been in this business for three, four, five years, making hundreds of millions of dollars."

There's one place in New York where the marijuana industry's growth is no secret:

Azer specializes in cannabis, which she projects will be a $75 billion industry by 2030.

But Wall Street's hands are tied. Because the drug is federally illegal, U.S. marijuana companies can't trade on U.S. exchanges. Some have gone public in Canada instead.

"Public companies will not put money to work in the United States, because cannabis is still a Schedule 1 controlled narcotic," Azer said. "But there's plenty of private money."

Unknown to most New Yorkers, one Madison Ave. private holding company is already a marijuana goliath.

With holdings in 11 states, including a grow facility that is being built in Pennsylvania, Acreage's goal is to be the marijuana mega-corp.

"I'm not here to tell you that we're the gold medal winner in this space," Acreage Holdings founder and CEO Kevin Murphy said. "We will be on the podium."

Acreage already dwarfs the CannaGather crowd. But they all have something in common: They're not waiting on New York. As the legalization debate continues here, it's long over elsewhere.

"It really is at scale in some of these West Coast states. The inevitability of it happening on the East Coast is clear," Smith said. "It's a very real business. And it's coming."