The entrance to Rikers Island, via Hazen Street in Queens Ben Fractenberg/THE CITY

This story is reported by The City, a Spectrum News partner.

On March 4, Hector Rodriguez was sent to Rikers Island because he failed to log his address with state’s sex offender registry — even though he had been homeless for years.

Rodriguez died June 21 on his jail bed, while struggling to breathe during a severe asthma attack, according to Correction Department records and a family lawyer. He was 60 years old and had contracted COVID-19 in April, the lawyer said.

For criminal justice reform advocates and even one city group that represents victims,  Rodriguez’s death behind bars underscored what they called outmoded and unjust restrictions people convicted of sex crimes must comply with after being released from prison.

Rodriguez was convicted of raping a woman inside an abandoned Bronx building in 1979, when he was a teenager. He spent 23 years in prison and has been on the Sex Offender Registry since his release. 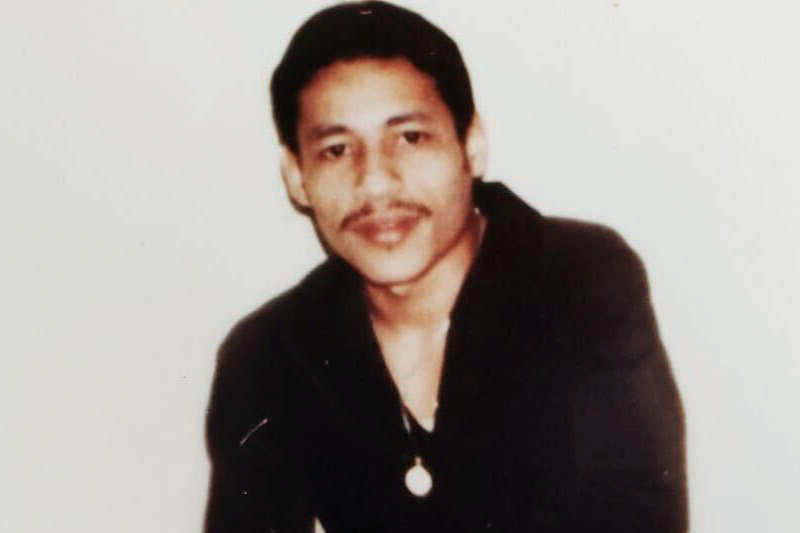 (Hector Rodriguez, 60, died in his bed on Rikers Island on June 21, 2020. Photo Courtesy of Dimari Villanueva)

Advocates cite studies that show the address verification rule does little to keep the public safe. Meanwhile, some court rulings around the country have raised questions about the efficacy of the law.

“He died in a jail where he was put because he didn’t tell someone he was homeless? What kind of society does that?” asked Vincent Schiraldi, who served as probation commissioner during the Giuliani administration.

“At some point, this guy deserves to have some modicum of freedom,” added Schiraldi, the co-director of the Columbia University Justice Lab.

Rodriguez was sentenced to 364 days in jail on March 4 for failing to report to authorities every 90 days and verifying his address, court records show. He was initially allowed to remain out of jail for the offense, but was arrested after missing several court hearings, according to Katie Rosenfeld, an attorney representing his family.

A spokesperson for Manhattan District Attorney Cy Vance, which handled the case, defended the decision to jail Rodriguez.

The spokesperson noted that Rodriguez was also jailed in 2015 for failing to register his address and had committed five felonies since his release from prison. Those cases were all tied to his drug addiction, including three for drug sale, court records show.

Rodriguez’s lawyer blamed the Manhattan District Attorney’s office for his jailing and said the recent protests for criminal justice reform came too late for his client.

“Prosecutors could have easily spared Mr. Rodriguez from this fate but deliberately chose not to,” said Eric Williams, a Legal Aid Society staff attorney. “As New Yorkers continue to protest NYPD brutality and racism, let us not forget the role of prosecutors in perpetuating a system that has long preyed on New Yorkers of color and the underserved.”

Sex offenders, if they have a good reason for the failure to register, such as being homeless, are usually given a second chance, said a judge who asked to remain anonymous.

“But everything is based on the particular facts, which include the type of conviction, and the defendant’s efforts to rehabilitate himself,” the judge added.

In 2019, Rodriguez completed state parole tied to the rape case, but he was still required to check in every 90 days under a judge’s order, based on the New York’s Sex Offender Registry Act (SORA).

Some prisoner advocates say the law, which went into effect Jan. 21, 1996, is based on outdated research and is in desperate need of reform.

“We put incredibly onerous restrictions on them that are almost destined to try to make them fail and to ostracize them and to not allow them to reintegrate into society and to kind of rebuild their lives,” said Daniel Lambright, a staff attorney at the New York Civil Liberties Union. “It doesn’t solve any problem.”

The sex registry is “very problematic” and creates major burden — especially for younger victims who are related to their attackers, said Sara Zaidi from the New York City Alliance Against Sexual Assault, which represents survivors of abuse.

“It doesn’t solve any problem,” she said. “It doesn’t address the behavior. How is it remedial?”

A Politically Unpopular Cause

Despite a wave of criminal justice reform, there is no bill pending in Albany to update how sex offenders are handled after release from prison.

“No one campaigns on supporting sex offenders,” said Schiraldi.

Some 42,045 people are on the New York state’s sex offender list. About 20% are Level 3 offenders, the highest threat category, meaning they must regularly verify their address and check in with authorities. Those on parole or probation are also not allowed to live within 1,000 feet of a school — a restriction that limits almost all of Manhattan, according to Lambright.

That has forced some to move to homeless shelters on Ward’s Island, where facilities have been plagued by lack of heat in the winter and other woes.

Some research suggests that there’s a link between housing instability and increased recidivism.

And sex offenders were found “less likely than other released prisoners to be arrested during the nine years following release,” according to a 2019 report by the U.S. Department of Justice’s Bureau of Justice Statistics covering 2005 to 2014.

Still, a spokesperson for the Justice Department’s office that oversees sex offender policy defended various registries throughout the country.

They “allow victims and their families to know where sex offenders who assaulted or abused them are located,” said Sarah Blazucki, a spokesperson for the DOJ’s office of Sex Offender Sentencing, Monitoring, Apprehending, Registering, and Tracking (SMART).

In New York State, the law requires the Board of Examiners of Sex Offenders, an independent board, to make a risk-level recommendation to a judge, who makes the final decision.

The examiners are appointed by the governor and have legal, criminal justice and mental health expertise, said Janine Kava, a spokesperson for the board, who noted that people can appeal the judge’s decision.

The board uses a so-called Risk Assessment Instrument to determine the recommended risk classification level of each person on the registry. The process is based on validated, well-established tools, Kava said.

But critics contend that the system leads to a flawed analysis and hasn’t been updated based on the latest statistical and social science research.

Still, no state in the country has moved to ease similarly restrictive rules for sex offenders without being forced to by the courts.

In Michigan, however, lawmakers are in the process of changing the state’s sex registration rules after a federal judge found sections of the law — like the restriction keeping offenders 1,000 feet from a school — unconstitutional. A similar case is snaking through the courts in Pennsylvania.

And criminal justice reformers point to Connecticut where the victims are consulted throughout the parole and probation process.

In January, Gov. Andrew Cuomo proposed a three-year ban for serial sex offenders on the subways. “Enough is enough,” Cuomo said in a news release.

Critics, like the Legal Aid Society, said in a statement at the time that the suggested ban “will further marginalize this group of New Yorkers — many of whom are New Yorkers of color — who are profiled by police when they use mass transit.”

It would also make it harder for them to get jobs, educational opportunities and treatment, prisoner advocates noted.

Many people are uncomfortable talking about easing rules put on sex offenders, said Marie Gottschalk,  a professor of political science at the University of Pennsylvania and author of “Caught: The Prison State and the Lockdown of American Politics.”

“I’m giving talks all the time,” she said. “I can say lots of things about the criminal justice system, but when I talk about sex offenses and the extreme stigmatizing of people charged with those offenses, people come up to me (complaining) afterwards.”

As for Rodriguez, he was released from prison in 2002 after serving 22 years and moved into an apartment with his mother, according to family members.

“He was just an amazing uncle and tried to make up those years that he lost,” said his niece Dimari Villanueva, who was 15 when Rodriguez was let out of prison. “He didn’t bother no one.”

But he began to disappear for long stretches as drug addiction took hold, she recalled. One day, he left for good and lost touch with most family members, she said.

“He didn’t want his family to know,” Villanueva added.

After his most recent arrest, he left a family contact space on his jail admission paperwork blank.

‘Something is Not Right’

In April,  Rodriguez tested positive for COVID-19 but did not have the virus at the time of his death, according to Rosenfeld, the family’s lawyer, who was briefed by a doctor at the Medical Examiner’s office.

He was sent to Elmhurst Hospital at some point during his incarceration where he was diagnosed with chronic obstructive pulmonary disease, Rosenfeld said.

A day or two before his death, Rodriguez visited a jail medical clinic for an undisclosed reason, according to a jail source familiar with his case. But he was never moved from his housing unit at the Robert N. Davoren Center on Rikers, records show.

After he collapsed on June 21, medical staff at the facility were summoned and arrived within approximately 10 minutes, according to a jail source on duty at the time. They began to administer CPR but were unable to revive him. An ambulance was called and then cancelled after he was pronounced dead.

Rodriguez’ niece, who last saw him at a family funeral in May 2019, wants to know why he was never moved to a medical unit.

“My heart is telling me something is not right at all,” Villanueva said.

To sign up for this partner’s newsletter and have stories sent directly to your inbox, visit here.